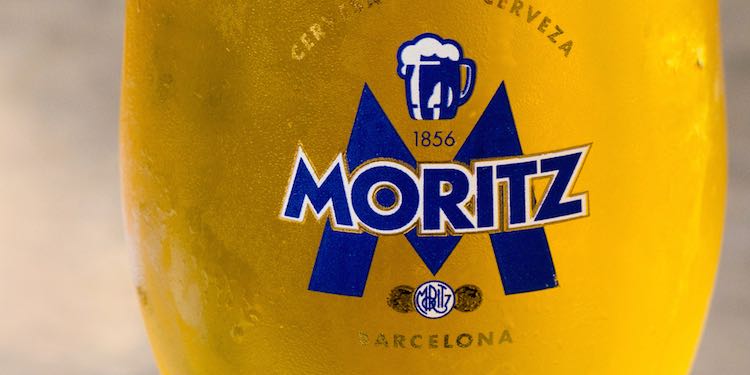 Good morning. It’s a very early morning, for I am going on my travels. Spain awaits. Yes, we know what’s likely to happen on the pitch on Wednesday night, so why do we do it?

Ok, but apart from the cheap beer?

Fine. Apart from the cheap beer and the jamón ibérico?

That pizza place I went to in the summer which has a great slice.

Yes, but leaving aside the the cheap beer and the jamón ibérico and that pizza place I went to in the summer which has a great slice, why do we do it to ourselves?

But also, it’s because football is kinda brilliant. I know, you’d be hard pressed to make that case to any Arsenal fan right at this moment in time. Perhaps I’m just trying to convince myself a little, but it’s a big part of all our lives because we love it.

I don’t write about it every day for no good reason. You guys don’t read this blog, or the news articles, or listen to the podcasts, because you just don’t have anything better to do. It’s because football, and Arsenal, is a passion. A part of our lives. For better or worse, for richer or poorer, and other wedding related frippery.

Except you can’t really divorce Arsenal. We are the ultimate captive audience, as clubs and TV companies know. They build their business models around it. They push it to the limit, looking to squeeze as many pennies and pounds out of fans as they can. Tickets, subscriptions, surcharges, merchandise, pay per view, and we pay what we can until we can’t or won’t pay any more, and then someone else takes our place.

And yet, here we are. We’re in a dismal run of form, heading towards the worst ever under Arsene Wenger – which took place in that period following Eduardo’s injury in 2008 – yet thousands of Arsenal fans will be in Barcelona. Ostensibly to support the team but also because beer, ham, tapas, paella, architecture, history, culture, beer.

At the weekend, when the team will have had little chance to recover, thousands will go to Liverpool to watch a 12.45 kick off against Everton. It’s a fixture that has always been difficult, but running ourselves ragged against the Spanish champions tomorrow night will add another layer to it. Chances are it’ll be another day of struggle but the fans will be there.

It’s just what happens, there’ll always be a next game. I don’t really know what I’m talking about any more. It’s really, ridiculously, ridiculously Zoolander early. Anyway, Barcelona. What a test, what a challenge. Early quotes from the players:

We cannot afford to concede against Barcelona. We have to go there and try to attack, no matter what, that is the only possibility we have. We can be fortunate to have such big game in front of us.

It’s obvious that they have the upper hand. Statistics show that it will be complicated for us, but in football you cannot say a tie is over until it is over. Don’t forget the year Bayern won the treble, we went to Munich and won 2-0 away, and we’ll try and match that result here.

In a game, you don’t know what’s gonna happen: there could be a penalty and a sending off soon after the start. Anything can happen. What’s certain is that we are going to Barcelona with the mindset of making a comeback.

Gotta admire the optimism from both of them, and I suppose there’s little else they can say. Let’s face it though, the chances of Barcelona having a man sent off at all – let alone really early in the game – are so slim as to be non-existent. We simply don’t get those decisions, and the referees of Europe just don’t make them against Barcelona – especially at the Camp Nou.

Mascherano could leap on Ozil’s back as he was clean through on goal, chew off his ear, spit it in the referee’s mouth before pissing down his leg, and Mesut would get a yellow for protesting. Still, you never know in football. Except when it comes to Barcelona away in Europe, then you know.

Anyway, there’s a taxi waiting. I have to go. You know, for beer and ham and tapas and, at some point, a bit of football.