Since his return from injury in January, it is fair to say that Alexis Sanchez has been a faded facsimile of the player that lit up the 2014-15 season. The Chilean remains luminous with effort and industry. Buffeting his way through games like an angry bison, human sweat seems to act as a petrol for him. Alexis is the personification of the movie ‘Speed’, to tickle the brake pads is to ensure his certain destruction. Yet lately he seems to have lost his mojo, plenty of piss but not enough vinegar. So why is he toiling?

A LACK OF BALLPLAYERS IN THE ARSENAL TEAM
Many well-rehearsed Arsenal criticisms have circulated in the wake of the Manchester United defeat (some of which have been dismantled beautifully too), but ‘Arsenal don’t have enough technical ballplayer types’ is not one you read in enough places. Popular perception decrees that Arsenal are a team of ball hoarding borrowers, chin stroking their way through matches with delicate brushstrokes.

This impression has been dated for several years now. If Arsenal have Cazorla and Özil in the same starting line-up, they get by in this department. But the Gunners’ best midfield of the last decade had Tomas Rosicky, Alex Hleb and Cesc Fabregas working in concert. With Cazorla injured and Arteta, Rosicky and Wilshere doing shifts in the glue factory, Mesut Özil is Arsenal’s only expressionist with the ball. As I wrote recently, Wenger has sought to offset this creative deficit by funnelling the ball to Alexis at every opportunity.

This means the Chilean has become a creative fulcrum, a mechanic rather than a stunt driver. A fortnight ago, Wenger observed that Alexis “has a game built on risk,” which is a statement of the obvious. A team needs players that takes risks as much as it needs its methodical scientists. However, your risk takers are generally better off playing percentages in or close to the penalty area. Too much of Alexis’ play takes place in excess of forty yards from goal at the moment.

Playing for percentages in this area is a great deal more frustrating than it is in a crowded box, where the risks are lower and the rewards much higher. Compare his heat maps from the two contrasting performances against Manchester United this season. In the 3-0 win at the Emirates in October, we see focused off ball movement from the left to centre in support of Walcott in the final third. On Sunday, he spent a significant portion of time veering close to the centre circle with ball at feet. 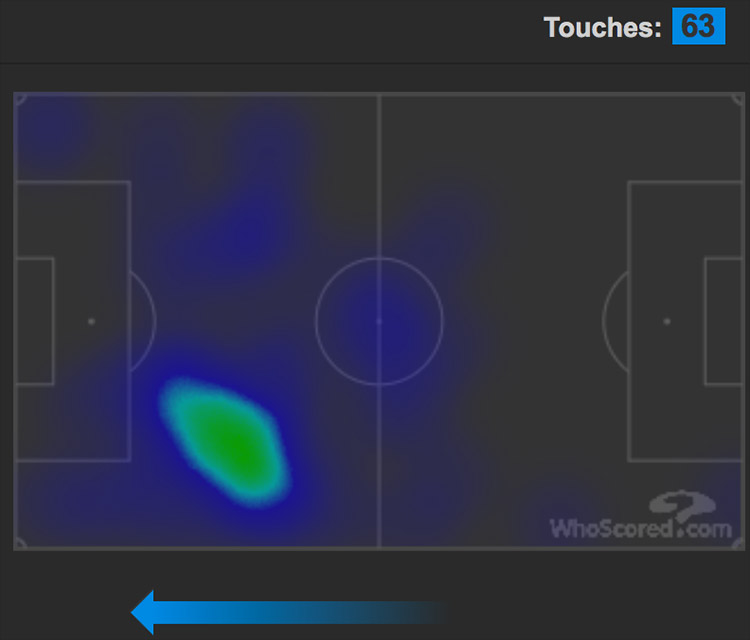 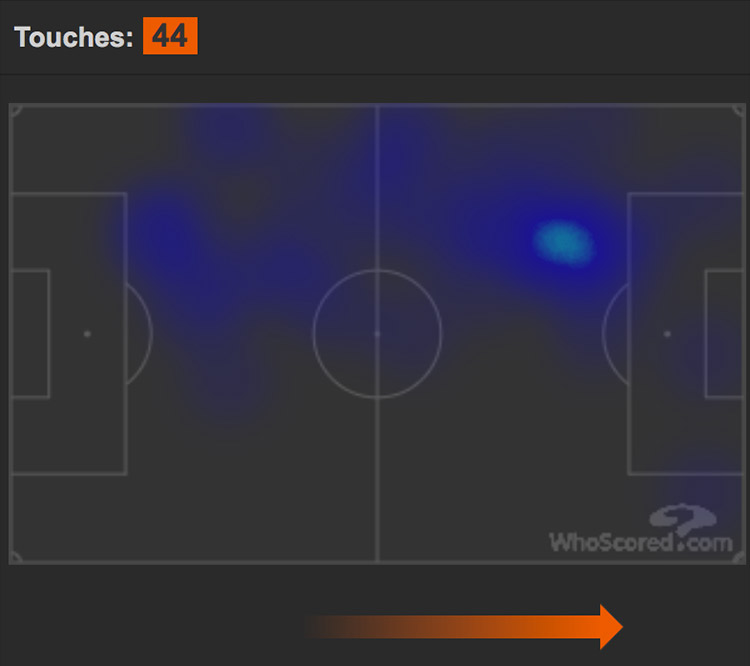 In lieu of a creative link between defence and midfield, Arsenal have tried to shift the emphasis further forward and forge a chain between Ramsey, Özil and Alexis. Unfortunately, two of those players aren’t really metronomes. Even if Alexis is on form, creativity is not his strong point. His two goal performance v Reading in last year’s Cup semi-final demonstrated exactly where you want Sanchez. Receiving the ball from Arsenal’s ball players close to the opposition goal.

TRYING TOO HARD
“He will be fired up, but that doesn’t mean he will be in the right zone. The performance zone is where you are focused and relaxed and that is what is difficult in sport. Sometimes when you are too focused you are not relaxed.”

“He’s a highly motivated player and I believe that he’s conscious of it as well. He wants to do even better. Let’s focus on the team performance and after that every individual will benefit from a good team performance.”

Two recent quotes from Arsene Wenger about Alexis. The player is very conscious that he is in a rut and ‘to think too much is a disease’, as Dostoyevsky once wrote. Even in top condition, Sanchez has a tendency to bring a bazooka to the ballet. This is exacerbated when Arsenal are losing, or chasing a goal. A player that is willing to carry the ball is likely to see more of it in this scenario. He will demand it with greater frequency and his teammates, faced with a wall of opposition defenders, will feed him in the hope that he can blow the door down.

Arsenal have not been comfortable in many matches since Alexis returned. So ostensibly we are left with a bad cocktail of an over eager player, with colleagues over eager to supply him with the ball in frenetic situations. It’s a chain of desperation, the fuse burns ever closer to the wick as the dynamite stick is tossed to Sanchez, who then bears its mighty brunt.

HAS HE BECOME TOO PREDICTABLE?
In the table below, I have compared some of his numbers from the early autumn period, compared to now. What is noticeable is that, objectively speaking, his passing success rate has remained fairly constant. It’s just that, as explained earlier, these passes are happening in much deeper positions. The number of shots he is taking does not vary wildly either, his penchant for shifting and shooting on his right foot in crowded areas is always likely to yield a high number of blocked attempts. Notice how much more concise the numbers are in the Bournemouth match, where Arsenal raced into an early two goal lead, reducing the urgency and desperation in his game.

Aguero and Suarez have similar characteristics, both players can be statistically very inefficient, as Alexis often is. But all three keep plugging away until they find a breakthrough. Sanchez’s behaviours have not changed and he is not finding himself foiled by opponents anymore than usual. He’s missing the goals, which have always reduced the impact of his inefficiencies- both on the welfare of the team and on our collective memory as supporters. I don’t think he has become more predictable, just less clinical.

He has clearly deteriorated in his take ons. His success rate in 2016 lags behind what we were seeing in the early autumn. Whether that’s a consequence of form, confidence or a greater strategic burden is hard to decipher. It’s probably a mixture of all of the above. There is an argument that maybe he ought to be shifted over to the right hand side of the attack, in order to defibrillate his season.

Sanchez does not combine well with Giroud, who favours the left channel and he actually began last season on the right of the attack. In reality though, I’m not convinced much would change. Arsenal would need to move a lot of furniture to that side of the pitch with him. Özil and Ramsey would have to pack their bindles and move towards the right in order to keep Arsenal’s most dangerous players together.

It seems unlikely that he will confidence trick himself into finding his range from an alternative panorama. I think he is a very underrated aerial option, especially on the back post where he enjoys a running jump on a beleaguered right back. Given that Hector Bellerin is comfortably Arsenal’s best crosser, Alexis seems more likely to benefit from the Spaniard’s delivery by running to the back post from the left hand side.

Bringing Alexis back so early in the season after Chile’s Copa América triumph always felt like a quite horrendous decision. Bergkamp and Petit in 98-99, Vieira in 2000-01, Henry in 2006-07, Mertesacker in 14-15. There is a large body of circumstantial evidence when it comes to the form of Arsenal’s big players after international tournaments that ought to have inoculated the manager from repeating the trick. Currently, Alexis is in a rut, trying to blunderbuss his way back into the groove.