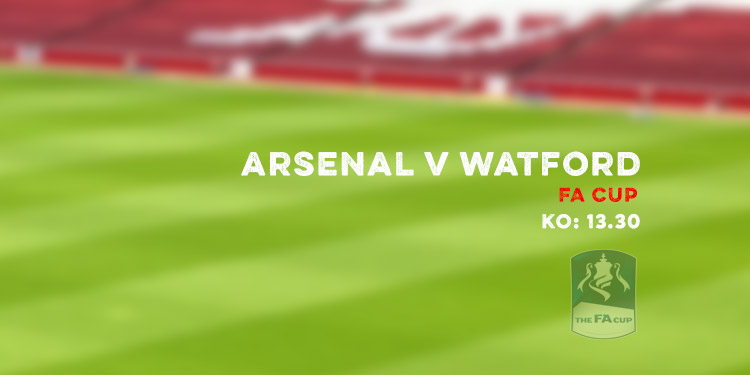 Arsene Wenger always says that the next game is the most important one for Arsenal, and in the build-up to this one he said he wasn’t even thinking about the midweek jaunt to Spain. I wonder though, if the elimination of Chelsea yesterday might enter his thinking a bit today.

Does it make the FA Cup more achievable? Perhaps. Will that be reflected in the team he picks? I guess we don’t have long to wait and see. The week ahead is clearly a challenging one, and Sunday to Wednesday isn’t really the issue when it comes to fatigue. It’s the getting back in the early hours of Thursday morning ahead of a 12.45 kick off against Everton (thanks TV and the Premier League!) that will be causing him the most angst, I suspect.

I think there’ll be probably be something of an FA Cup feel to the team today, maybe it won’t be quite as strong as it would be for a Premier League game, but in reality there’s not a huge amount he can do due to injuries and lack of options.

Does he stick with Olivier Giroud and Theo Walcott who both scored twice against Hull in midweek? The late goals in that win added a bit of gloss to what was a somewhat jaundiced performance overall, and he might well feel inclined to change things around. The key men – Alexis Sanchez and Mesut Ozil – sat Tuesday’s game out completely, and could come back in to try and make this a game that’s won at the first time of asking. We do not need another replay.

At the back, we have to wait on the fitness of Gabriel, and in midfield Francis Coquelin returns from suspension – whether he returns to the team remains to be seen. Hopefully that midweek win has opened the floodgates in terms of goals and finishing, we’ve been far too wasteful far too often this season, and if we can build any kind of momentum at this point of the season it’d be very welcome.

Speaking about the week ahead, the manager said:

And on today’s opposition:

Watford have a team who are very solid defensively. They are also a team who are athletically very strong and the basis of their game is on efficiency and waiting for the right moment to be very dangerous. They have a very good understanding between their strikers and the quality between our two centre backs will be vital on Sunday.

In the previous meeting this season we beat them 3-0 at Vicarage Road, but it was a game in which we had to be patient, and we rode our a luck a bit at times. I remember them fluffing a fantastic chance in the first half to go ahead, so we’ll need to switched on today. If we can keep it tight, and the strikers can get on top of those ‘small margins’, then it could be a positive day, but this likely to be hard work, no doubt about it.

There’s no question how important this game is, and Arsene Wenger was asked if a third successive FA Cup would be enough make the season a success. He says:

Will winning the Cup be enough? Look, it’s never enough. As long as you don’t win everything it’s never enough. When we didn’t win anything they said, ‘You didn’t even win the FA Cup’. People always wants more, which is normal and it’s what we want as well.

Let’s hope they show that today.

As ever we’ll have live blog coverage of the game for you, and all the post-match reaction over on Arseblog News.