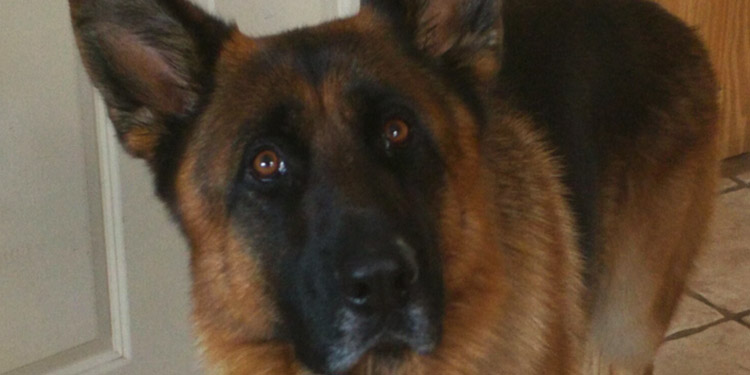 Last night I was out walking Archer, my dog, and across the road from me were two odd looking men. They were both in their 20s, but dressed like old farmers who had put on their best jacket and least crumpled cap before they went to mass on Sunday.

They kept pace with me all the way down the road, talking loudly enough so that I could hear they were talking, but quietly enough that I couldn’t hear what they were saying. Maybe it was because I’d been working all day and I was tired, but I got the distinct sensation that they wanted to take the dog off me. That this was their plan.

I slowed down. They did too. I went a bit quicker. They did too. At this point I was convinced that a dognapping was going to take place at any moment and I prepared myself for it. “Fox,” I whispered to Archer, because that puts him on full alert, ears pointed, all his German Shepherd spider senses tingling.

We kept going for a bit, got to the corner where I assumed it was going to go down … and they went straight on and we went around and back towards home. It was a very strange feeling though, and afterwards I felt a bit sheepish because who in their right mind would try and nick a very large German Shepherd from a relatively large man?

I’m just guessing here, but I suspect that worst case scenario thing lives in all of us. While there might have been people who could visualise exactly how Danny Welbeck’s goal went in against Leicester on Sunday, I’m pretty sure I was better able to picture one hundred ways it wouldn’t. A clearance, a header, hitting the bar, the goalkeeper making a save, overhitting the free kick in the first place, the list goes on.

In some strange way the celebration wasn’t just about scoring a winner that late in the game; it wasn’t just about the emotional return for a player who had been out for 10 months; it wasn’t just the sheer joy of winning; it was about having those thoughts blown out of the water by something which we knew was possible, just not probable.

I write about this elsewhere today, but there was a similar thing with the selection of Per Mertesacker this weekend. For some this was the doomsday scenario because Jamie Vardy is very fast and Per Mertesacker isn’t as fast. All our chances of winning the game were gone because one player was slower than another.

It’s applying the worst outcome to a situation because one thing isn’t exactly the way you would want it. I suppose it’s a protection mechanism of sorts. I remember years ago, before we have such things as live streams, the only way to follow games was via radio commentary (online or off), and during the matches I used to hang out in this Arsenal IRC chat channel.

Somebody, usually someone in Australia – who were way ahead of us because they had live games on TV all the time – would do what is essentially a live blog, similar to the one we have on site at the moment. Live text commentary basically. In another window, lots of Arsenal fans would chat and go through the gamut of emotion that football provides.

Sometimes we’d need a goal. Sometimes we’d get a corner. Every time someone would say ‘We never score from corners’, because most of the time we didn’t. But, from time to time, Bould would flick one on at the near post, or somebody would plant a header past the keeper, and it would fly in and the joy of that went beyond the goal itself.

Conversely, how many times have you felt confident going into a game with a starting XI that looks like it’s ticking all the boxes, only to be disappointed because they didn’t perform as well as you thought they might? Is that why, after we win a game like that, there’s always the ‘Yeah, we won but …’ discussion?

I don’t really know what I’m talking about now. Maybe I’m just describing human nature, a kind of in-built fatalism that exists because ultimately were inured to disappointment by life itself. Most of us operate somewhere in the middle of this, sometimes closer to one end or the other, while I’m sure we all people who exist at the far end of the scale – the overwhelmingly positive, or the relentlessly negative.

Extremes in any regard aren’t usually good, they tend to cloud your judgement one way or another, but I bet they still jumped up and celebrated Welbeck’s goal on Sunday, whether they were convinced it was always going to be a chance we’d take, or one that went begging because that’s just what happens we have opportunities like that.

I think I need more coffee.

And to stay away from young men dressed as old men on dark, cold, misty nights in Dublin. If you see these men around the Dublin 12 area, I recommend staying away from them. They’re definitely up to no good. Probably brothers, orphaned at an early age and wizened by nature and life to the point where they have a basement that they do operations in. Perhaps on each other, to practice like, because neither of them really feels any physical pain any more.

I could be reading too much into this, but I’m pretty sure I’m right.