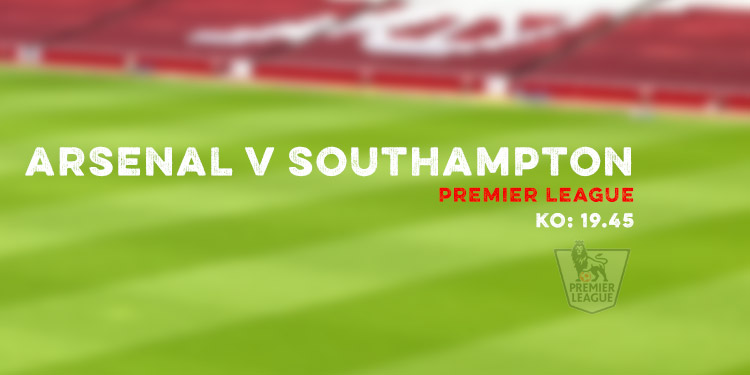 Morning, plenty to get through this morning, not least the Premier League clash with Southampton later on this evening. They inflicted our worst defeat of the season on us back in December, so while that might be a bit fresh in the memory, you’d hope it might also act as a motivating factor as the players seek some kind of revenge for it.

Bar the obvious injuries, and the new one to Tomas Rosicky, it looks as if everyone is available. Having made nine changes for the FA Cup game, there are bound to be more this evening, and Arsene Wenger does have some decisions to make.

At the back I think Mertesacker will come back in, but with Koscielny ending the Burnley game in a crumpled heap on the floor, maybe he might sit out and Gabriel can continue. Will Francis Coquelin’s 70 minutes be enough to prove himself ready for a start tonight? I hope so. Coquelin and Aaron Ramsey in the centre of midfield would make me feel a little more secure than I have in recent weeks. Mesut Ozil should return to pull the strings further forward.

Alexis is surely ready for the left hand side, meaning we no longer have to deal with Theo Walcott there. It’s clearly a role that doesn’t suit him, even more so when he’s struggling for form the way he is at the moment, and we saw on Saturday just how decisive Alexis can be, so having him back is a real bonus. I also wonder if the manager will think a bit on who plays on the right hand side.

Joel Campbell has done really well this season, and is probably in pole position, but after an assist at the weekend Wenger might see some benefit in handing Alex Oxlade-Chamberlain another start to see if he can build on that. Up front, it’d be a brave move to select Walcott. Even if that’s the position he prefers him in these days, the way he fluffed that injury time chance in the cup will certainly give him pause for thought – and I suspect Giroud will continue with Walcott an option from the bench.

It’s time to get back to winning ways in the league after what was a difficult January. When you look at who our rivals are playing, it’s even more important. Man City play Sunderland, and there’s no way they’re dropping points against that lot; Leicester face Liverpool who can’t defend to save their lives right now; while Sp*rs are away at Norwich, who simply have no chance whatsoever of taking anything from that game.

So, it’s on us to perform this evening and to keep this title challenge going. Arsene Wenger says:

They gave us a tough game last time and we have to put that right. I think the team has a good mentality, a good level of humility, and a good togetherness.

The message is that we play at home and we want to put things right and put a strong performance in because the strength we show at home now in the remaining games can be decisive.

So, onto all action from yesterday, and as expected Mathieu Debuchy left the club on loan. He rejected Aston Villa, and the club apparently spurned an approach from Man Utd, before he joined Bordeaux for the rest of the season.

On one hand, I feel sorry for him, because he was so unlucky with injuries in his first season. Whatever about the ankle problem, that can happen to any player at any time, but the second injury is really what killed his Arsenal career. It was the needlessness of it that grates. Marko Arnautovic, the LIDL Ibrahimovic, pushed him while he was in the air, and having suffered a dislocated collar-bone in the fall he required surgery to fix it.

He spoke about his guilt at the time, saying:

Inevitably, in your head, you’re not feeling great, you feel guilty. When a club signs you they’re counting on you and in return, I’ve not brought anything.

That meant another lengthy absence and in that time Hector Bellerin took his chance with aplomb. That’s the way it goes in football sometimes. That said, it would have been nice to see a bit more fight from Debuchy. Perhaps he was long enough in the tooth to recognise the talent of Bellerin and that realise his chances of first team football were really slim, but he seemed to prioritise an international tournament over his chances of being a squad challenging for the Premier League.

As fans it makes less sense to us than it does to players whose outlooks are very different. He wants to play in the European Championships in his home country more than he wants to win a Premier League medal, so it goes. He’ll get regular football in Ligue 1, whether it’s enough to win his place in the French side remains to be seen.

Meanwhile, Yaya Sanogo’s utterly unsuccessful loan at Ajax was cut short, and he was promptly shipped out again to Charlton. Genius move from the manager. We sent a hapless Alex Song there and he returned as a reasonably functional player. We sent an out-of-favour Francis Coquelin there and he came back as the answer to all our DM needs.

Clearly the manager is hoping Sanogo, after his spell at The Valley, supping from whatever magic fountain they have there, will return a new man. I hope it’s Romario.

As for our business in general this January, we really needed a midfielder and we got one who looks pretty decent. It really isn’t the time when the cream of the crop are available, so I don’t really have any issue with us not spending more. Unless there was the chance to get one of our main targets, it would have made little sense to spend further.

In terms of numbers there are still a couple of issues, but in general we’ve got good players coming back now, and hopefully they can provide the boost we need as we head into the final stages of the season.

The manager did confirm the injury to Tomas Rosicky who, he said, was devastated having picked up the knock after just a few minutes on Saturday:

He warmed up well, for 20 minutes. He’s devastated. Unbelievable. He’s such a good player but his career has been disrupted by so many injuries. He’s 35, it’s difficult for him.

He said ‘I stayed on because you couldn’t change anymore’.

I feel really sorry for him and hopefully it’s not an injury that pulls the curtain on his Arsenal career, because even in that decision to stay on and be a body as we protected a 2-1 lead, he deserves to end his days at this club in a better way.

Right, as ever we’ll have a live blog for you later for the game. If you haven’t had a chance to listen to this yesterday’s Arsecast Extra, you can find it here on site, via iTunes or Acast. We discuss the 2-1 win over Burnley, Iwobi’s shinpads, Jack Wilshere’s future, there are wonderful impressions and a review of Oscar nominated bear movie, The Revenant. It’s good listening.