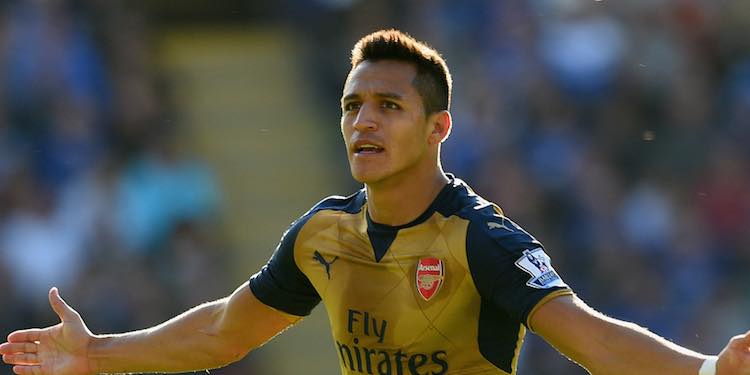 If you had said to anyone this time last year that Arsenal v Leicester would be not only a top of the table clash, but a game we really need to win to stay in the title hunt, they’d probably have thought you were quite mad.

‘Shut up Eboue’, they might have said. But here we are, and what a massive game this is today. The visitors arrive on the back of three wins and having only lost twice all season; we just got back to winning ways last weekend against Bournemouth after a January that was as dry for points as it was for booze for those giving their livers a break.

And with the onus well and truly on us to take all three points, finding the balance between that need to win the game and not playing into the counter-attacking hands of Leicester is going to be a real challenge. It’s obviously something Arsene Wenger is aware of, saying:

It is true that their strength is to be very quick in transition from defence to offence and that we have to nullify their pace and attacking potential. On our side we want of course to dominate the game and have the ball and be dangerous.

That really is the thing we’re going to have to manage. Leicester will be quite happy to let us have the ball, come at them, and then take advantage when our attacking moves break down. We know they have pace, we know they can score with frightening regularity like this, so how that will affect the way we play in the final third will be interesting.

We have been known to be a bit cautious, and I wonder if the need to ensure we don’t get caught out will be inhibiting. You tend to lose the ball when you take risks, and trying to create, or find that final pass, is often risky against a counter-attacking sides. That means trying to maximise our efficiency in that regard.

If Francis Coquelin comes back into central midfield, as I hope he will, then at least we can be sure we’ve got someone who is happy to sit deep. Mathieu Flamini, even though I’m sure he’s tasked to do that, really doesn’t. He’s as eager to score as he is to make a tackle, and I enjoyed my podcasting partner James’ description of him this week as a ‘Box or Box midfielder’. Coquelin should give us greater defensive security, and with a team hopefully fully switched on to how threatening Leicester are, we’ll be well set up to deal with their pace.

If, as the rumours suggest, Gabriel misses out because of injury, then the Mertesacker–Koscielny partnership has the quality and experience to cope. They played together at Leicester earlier this season and that game ended up being our most convincing win of the season. And perhaps the need to sit a bit deeper in this game and not allow them space in behind suits this duo best.

Anyway, while people focus on how dangerous Leicester’s attack is, it’s that end of the pitch from an Arsenal point of view that will ultimately prove decisive. You’ll remember that Alexis Sanchez had gone 8 games without a goal and didn’t look anything like himself before bursting back into life at the King Power stadium in September. If we are going to continue this title fight, we really need him to spark back into life and today would be a great day to do that. Olivier Giroud last scored on January 13th. We could do with him finding the net again.

One of the other decisions the manager has to make today is who is going to play on the right hand side. I think, after his goal last week against Bournemouth, he’ll stick with Alex Oxlade-Chamberlain hoping that strike and a show of faith will help rebuild his confidence. With Campbell, Walcott, and perhaps Welbeck on the bench, there are options if we need them, but hopefully they’ll be a bonus rather than absolutely necessary.

If we win this today the gap is just 2 points, the pressure that Leicester probably don’t feel right now will certainly become apparent to them, and we then have that boost of confidence to take into our remaining fixtures. A draw doesn’t end our title chances, but it doesn’t do us much good either, so we have to take three points today.

We’ve beaten them before this season, we can do it again, but it’s going to take a near flawless performance to do that. Let’s hope we have that in our locker today.

If you fancy a bet today, Ladbrokes are offering new customers 6-1 on an Arsenal win. Click here to have a go of that.

Tom will be here with the live blog for you later on. I’ll see some of you for a pint in the usual spot after the game. Come on you reds.