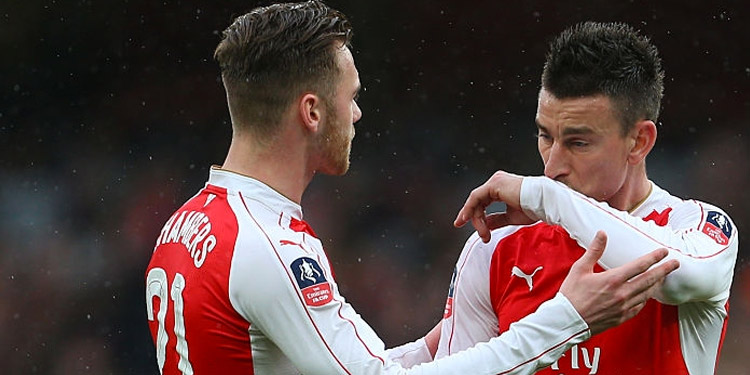 I don’t know about you, but I’m getting a bit fed-up of opposition goalkeepers coming to our place and playing like they’re some kind of hybrid Buffon–Seaman–Dino Zoff–Mr Stretch bloke. It happened the other week against Southampton and there was a whiff of that yesterday with Hull’s Eldin Jakupovic.

To be fair to him, he made a couple of really fantastic saves. One from Joel Campbell’s free kick, which he enjoyed himself and you can’t really begrudge him that; and one from Danny Welbeck in the second half, diving across goal to palm a fierce shot away. The rest were kinda meh though, more down to us being a bit tame in front of goal than really great goalkeeping.

If there was ever a Make A Wish Foundation for terminally ill keepers, we would be the perfect choice for them to have the best footballing day of their life. We really do love to make an opposition goalie look world class. Even Arsene Wenger, while happy to praise Jakupovic, said the fact we didn’t score was more down to us than him:

We had maybe 70 per cent possession and more than 20 shots on goal, and we didn’t score. We have to look at ourselves as well, even if you can give credit to their ‘keeper. We need to be more efficient in the final third.

He’s obviously talking not just about shooting, but our decision making in trying to stretch the opposition defence. However, it’s been an ongoing issue this season that we’re not converting anywhere near enough of the chances we make, and with the games coming up, that’s something we need to improve in a bit of a hurry.

What might have helped is if we’d been awarded one of the two penalties we should have had. I thought the Alex Bruce handball was about 70-30 penalty, you see them given and you see them waved away, but he definitely made a move towards the ball with his arm and that should have tipped the decision in our favour.

In the second half though, the one on Calum Chambers was as stonewall a penalty as you’ll see. Meyler slid in, took Chambers legs from underneath him, then Mike Dean did that ‘Look, he’s got the ball’ gesture – with a typically grandiose flourish, of course, just to make sure everyone saw that Mike Dean had made a decision – ignoring the fact that the only reason he got the ball was because he’d committed a foul.

Now, before anyone says it wasn’t down the referee that we drew and couldn’t score, firstly ZZZZZZzzzzz. Secondly, I’m not blaming him for the fact we didn’t score, I’m blaming him for not giving us two penalties. But then we should expect very little from Dean at any point, as 7am Tim points out in his By the numbers column (which also contains some stats on our chance conversion).

Hull came to defend and they did just that. We huffed and puffed, probed through the centre a bit too often – which was probably exactly what they wanted, but couldn’t find the breakthrough. The introduction of Alexis was supposed to spark us into life, instead it was a vaguely terrifying cameo from a player who looks so far from his usual self you have to wonder if we got some kind of knock-off clone back from Chile when he went away that time.

In seriousness though, he is struggling and in his struggle he’s trying too hard to make things happen rather than do the simple things that will probably benefit him and us more. That creative spirit he has is hard to tame, and you don’t want to deny him or the team that completely, but yesterday there were moments when he could have kept things moving, instead things broke down with him. No doubt he’ll redouble his efforts for Tuesday against his old club, so maybe that might be thing to get him back on track.

Ultimately, a draw wasn’t really what either team needed with an already hectic fixture schedule to deal with, but I don’t think it’s especially worrying. Circumstances dictate that he’ll use these fringe players again in that game, while the majority of the guys who play week in, week out will get the rest they need. We could do without it, but we’ve got to deal with it.

The nightmare would have been to go out. The frustration is that we didn’t score and it’s not what we wanted, to have a replay, but between that and going out, we choose the replay.

Overall, I thought we played generally ok against a team who had pretty much zero attacking ambition. The chances created is something of a positive, but the fact we couldn’t score – and not for the first time in circumstances like these – is a bit worrying. I know they weren’t all on at the same time but we threw on the full gamut of our striking options and drew blank.

The games we have coming up, domestically and in Europe of course, will require us to score from far fewer chances, so I hope there’s some shooting practice lined up. A mention too for Alex Iwobi, again given the ‘Ozil role’ and again he performed really well for a young man who has made just 9 appearances for us. You can see why the manager has now fully integrated him into the first team dressing room, and he’s definitely an interesting option.

So, a replay, and those of us of a certain vintage will remember plenty of those in the cup down the years, but before then the small matter of Barcelona on Tuesday night. More on that tomorrow, along with an Arsecast Extra.

Until then, have a good Sunday (and by popular demand, here’s the Welbeck commentary medley from Friday’s podcast).