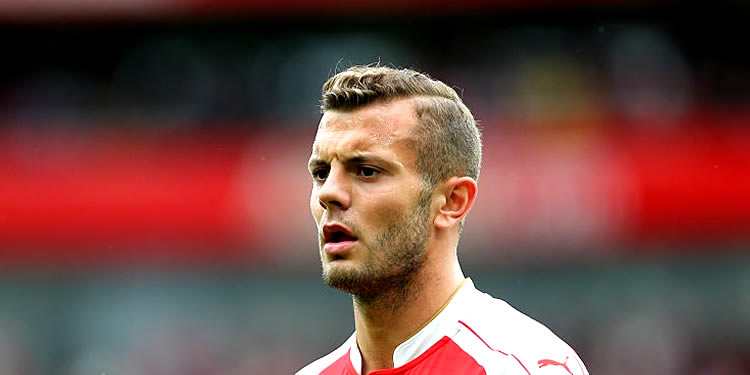 Good morning, a quick Saturday round-up despite my intense discomfort. I gave myself a cardboard cut, as opposed to a paper cut, across my knuckle last night and it’s really sore and itchy at the same time. However, I will struggle manfully on so you have a blog to read – I’m no Daniel Sturridge.

Following yesterday’s blog about the Leicester game being moved, there were reports that Arsenal would issue refunds on tickets to fans who could no longer attend the match. A spokesperson said:

We are sorry that our fans have been inconvenienced by the late change of this fixture. We should point out we have received only a handful of calls about this from supporters. Any Arsenal supporter who has purchased an individual match ticket from the club who is unable to attend is entitled to a full refund. The same applies to any fans who have purchased their ticket on our ticket exchange system.

A small gesture. And that’s all it is. The issue isn’t really the cost of a match ticket, it’s about treating fans with fairness and with some measure of decency. It’s about realising that the cost of attending football matches goes way beyond the price of a ticket – and that’s true whether you’re coming from Holloway Road or Hollywood. It’s not just about Arsenal v Leicester either. It’s an issue that affects fans of all clubs, and trying to make it go away by offering a sop like this hopefully won’t be the end of the discussion.

Now, here’s an interesting one, and a bit of an Arseblog exclusive. Gary Neville approached the club to take Jack Wilshere on loan for the rest of the season, a move that was, understandably, rejected out of hand by Arsenal. Neville is on record as a big fan of Wilshere, saying in November that the 23 year old was his favourite player to coach – as part of the England set-up, obviously.

We’re still awaiting definitive news of Wilshere’s injury situation and when he might return to action, so I wonder if this approach was based on some inside info that he might be back relatively soon. For the club’s part, with midfield so affected by injuries this season, it makes no sense to let him go anywhere. Even if we’ve brought in Mohamed Elneny, and Francis Coquelin is back in full training, there’s too much football to play to allow a player of Wilshere’s quality to leave, despite the fact if you stand back and look at it objectively, a few months in a less physical league might well have some benefit for him.

And while we’re on the vague subject of transfers, there are reports this morning that we’ve got our eye on a January deal for young Leicester left-back Ben Chilwell. On the face of it, a move like this would certainly make some sense. The new contract signed by Nacho Monreal this week certainly has repercussions for Kieran Gibbs, who has started just two Premier League games this season.

Unlike Mathieu Debuchy, Gibbs has kept his counsel and not gone public with any disquiet he’s feeling, but it wouldn’t be unreasonable to assume that he’s far from happy with his lot. Like every player he’ll want to be playing more regularly, and may look at a summer switch as a way of doing that. Of course that leaves a hole in the squad that needs to be filled, and bringing in a young talent to understudy Monreal seems like the most Arsene Wenger way in which that would happen.

And speaking of Debuchy, whispers are he’s rejected Aston Villa and will head for the Bundesliga and Bayer Leverkusen. I’m struggling to care one way or the other.

At this moment, he is the most experienced, best goalkeeper in football. I think Arsenal will have at least five, six, seven years, depending obviously on injury. He is 33 and that is prime time for a goalkeeper.

Arsene Wenger said yesterday that not signing him would have been a mistake. In the realms of ‘the one that got away’, that would have right up there, because that opening day aside, he’s been a massive presence in this team. Wenger says:

He has a calming presence, he communicates well, anticipates well, sees what is coming. He is a kind of coach. The best position to be a coach is the goalkeeper because he doesn’t move, and he sees everything. He is the camera behind the team.

I like that analogy a lot, and I’m really hopeful that his experience, coupled with the obvious trust he has from the rest of the team, can help keep this title challenge on track. He’s been there, done that, worn the t-shirt, taken the t-shirt off, put it in the wash with a red sock, and now he’s after a new t-shirt. The relationship with the back four in particular seems very cohesive for a man who only joined in August, so it augurs well.

Right, not much else to do this morning other than to point in the direction of yesterday’s Arsecast in which I discuss 10 years of Theo Walcott, Alex Oxlade-Chamberlain, Monreal, and the Chelsea game with @RorySmithTimes. You can get it on site here, via iTunes, Acast, or subscribe via your favourite podcasting app by searching ‘arsecast’ or using our RSS feed.

Happy listening, have a good Saturday, back tomorrow with a full preview of the match, and all the bits and pieces throughout the day.