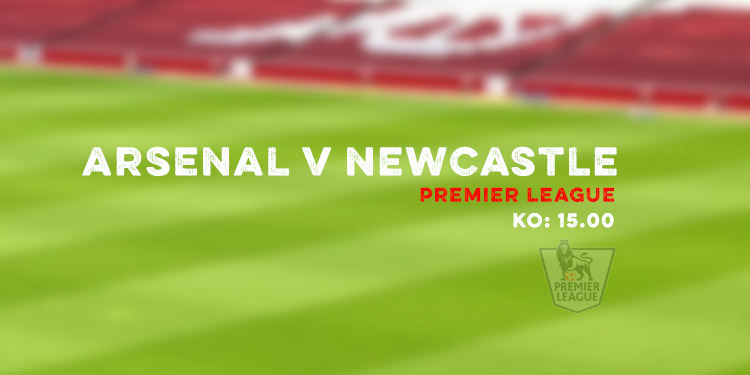 Good morning to you, it’s the first Premier League action of the new year as we face Newcastle at the Emirates today.

Arsene Wenger said that he would be rotating again, having shuffled his pack for the win over Bournemouth, so we might see Monreal and Koscielny come back, in for example, but the problem of changing things around up the other end remains due to lack of options.

The training pictures show both Mathieu Flamini and Mikel Arteta involved, so perhaps there’s scope for a midfield change, but bar the 48 hour period between Southampton and Bournemouth, the schedule hasn’t been that hectic this festive season. We played on Monday, it’s now Saturday, so that’s a fairly regular time-frame for us to cope with.

The key man is Mesut Ozil and there was some interesting stuff from the boss on managing his fitness at the moment. He told the official site:

At the moment he doesn’t practice a lot, we rest him a lot between the games. He is a guy who, once the basic fitness is there between the games, he wants to play. There are types of players, sometimes the most technical players, it looks like it demands less energy for them to play – it is just natural for them.

There were reports, I think before the Olympiacos game, that he was nursing a low-level calf problem so I do wonder if there’s an element of ensuring that he doesn’t aggravate and underlying issues. He’s just so important to the team right now that losing him for any period of time just doesn’t bear thinking about.

The manager also spoke a bit about rotating the side, or at least what he considers it to be:

Rotation is sensitive more in the centre of the team than on the flanks. If I play Alex Oxlade-Chamberlain and then Joel Campbell, that is not really rotation, but in the heart of the team at centre back or central midfield it is more risky.

You also look at the impact Ozil can have on other players. The Premier League is very tight and if you go into the decisive game and [rest Ozil or other key players], the other players think subconsciously ‘Why?’, and even the player himself.

With 16 assists already this season, the key thing is making sure Ozil is available as much as possible. If that means he spends his time between games lounging in a hammock sipping a fruity drink then I’m ok with that. They have a great selection of hammocks down on Third, by the way.

Newcastle have lost their last two, and their season has been pretty poor by any standards, but then Southampton were on a bad run when we played them so you can’t take anything for granted.

Hopefully we kick off this new year well, and continue to set the pace in the title race.

Meanwhile, it’s being reported that the medical, terms and conditions, and all the rest have been completed for the signing of Mohamed Elneny from FC Basel. Now we have to wait for a work permit, with the situation slightly more complicated than it was due to new rules.

Under new regulations introduced by the Football Association at the end of last season, non-EEA (European Economic Area) players have to meet a minimum percentage of international matches played for their country over the previous 24 month period, as long as they are in the top 50.

Egypt’s current ranking of 57 means that he doesn’t automatically qualify, but he should be granted one on appeal. How long it might take, I don’t know, but I imagine this stuff is fairly routine and all going well he should be available for us next week when we face Sunderland in the FA Cup.

Although wouldn’t it be just typical if we did the earliest January business anyone can remember only for it to be delayed and held up by red tape and bureaucracy? Anyway, it looks like it’s all pretty much done and dusted so fingers crossed the work permit stuff comes through quickly and the squad gets the boost it needs.

Not a lot else going on this morning, so I’m gonna leave it there. We will have a live blog for you for the Newcastle game, so come join us for that. Details to follow later on, catch you for the game.