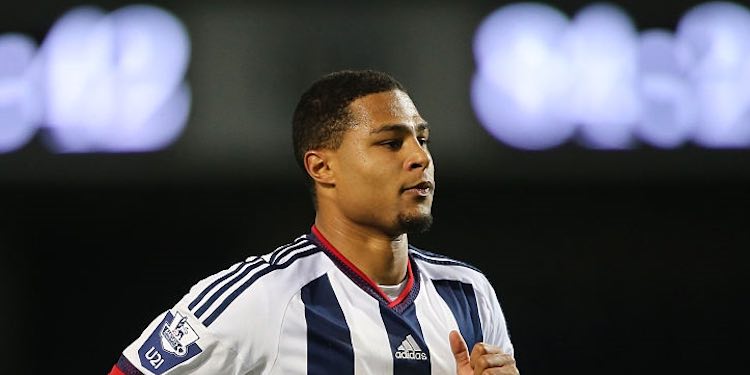 Perhaps it’s one of the strange inconsistencies of modern football supporting life that despite how easy it is to find negativity online, there can be an almost evangelical support for young players. Maybe it’s just an Arsenal thing, but I’ve seen countless times how invested people get in the potential of a player coming up through the ranks – only for that potential never to be fully realised.

People will espouse the use of a youngster in the first team ahead of a clearly more experienced, more rounded footballer because a) that elder-statesman might be playing poorly or isn’t a favourite, and b) because they’ve vastly overrated the ability of that young player at that particular point in his career.

Even yesterday, as news broke that Serge Gnabry’s loan to West Brom was being cut short, there were plenty who suggested that he could add something to our squad at this moment in time. Now, let me state for the record that the young German looked like a really exciting prospect during the 2013/14 season. He’d begun to make inroads into the first team squad, he was quick, strong, good on the ball, could produce in the final third, and at a time when we had fewer options to choose from, he looked like he was on the verge of a real breakthrough.

Then, in March 2014, he suffered a bad knee injury. Towards the end of that year he suffered a set-back which saw him travel to the USA for further surgery. He didn’t play a league game in the 2014-15 season, but did feature in the U21 European Championships, making a 10 minute cameo in Germany’s 3-0 win over Denmark.

By this time the make-up of the Arsenal team had changed. With Santi Cazorla and Francis Coquelin the first choice central pairing, the choices for the right hand side meant Gnabry would, on paper, have had to work his way ahead of Aaron Ramsey, Jack Wilshere, Danny Welbeck, Theo Walcott, Alex Oxlade-Chamberlain, Tomas Rosicky, and even Joel Campbell (on paper means I’m making the outrageous assumption that those players were fit).

A loan move seemed the best and most obvious way for him to play football. West Brom, managed by Tony Pulis, did a deal which raised some eyebrows, but the chance to play in the Premier League every week was one that couldn’t be sniffed at. Except he didn’t play much in the Premier League. He came on against Chelsea and played for 13 minutes, and got two Capital One Cup starts. That was it.

Often he didn’t feature in the squad, and Tony Pulis went public, saying:

Serge has come here to play games but he just hasn’t been for me, at the moment, at that level to play the games.

To many it was because Pulis doesn’t like Arsenal. And while regular readers will know I’m certainly no fan of his, that didn’t seem right to me. No manager take a player on loan and take up a place in a limited 25 man squad just to annoy Arsenal. Update: It seems as he’s under 21 he wouldn’t be counted towards that 25 man limit, but the general point about Pulis’ intentions remains.

Shortly afterwards, Arsene Wenger ruled out recalling him and said it was up to the player to turn things around:

He [Gnabry] has to change his opinion because I think Serge has the quality to play in the Premier League and it’s good that he faces this type of challenge, to change Tony Pulis round, and I hope he is putting the effort in.

I think that last line might be telling, because it’s quite pointed. As much as it might suit us to think this is some sort of Pulis conspiracy just to get at Arsenal or Arsene Wenger, he doesn’t strike me as the kind of man to cut off his nose to spite his face. My understanding is that Gnabry’s time there has been underwhelming and the player himself just hasn’t shown enough to get into the West Brom team.

That his recall comes after reports of Mathieu Debuchy going to The Hawthorns on loan is likely no coincidence. Premier League rules state that you can only have one player on loan from any other club, and West Brom, it seems, would prefer to have a player they can actually use than one who they can’t. Agreement to cut the Gnabry deal short allows for Debuchy’s departure. I suspect that’s why it’s happening, not so we can immediately reintegrate him into our squad.

Isn’t it a bit of a leap to suggest that a player who cannot force his way into the West Brom team can make the kind of contribution we’d need him to make to a side challenging for the title? He’s barely played for the best part of two years, and there’s obviously a reason for that. Even if we’re using players like Alex Iwobi and The Jeff on the bench right now, there’s clearly something more going on with Gnabry than meets the eye.

The worry is that the knee injury he’s sustained has had a significant effect on him. It might be physical, because he hasn’t looked anywhere near as fit as he did before. But it might also be psychological – if in his own mind a player doesn’t trust the knee, it can be seriously debilitating for him. Maybe it’s affecting his belief, his confidence, even his motivation.

It’s obvious things at West Brom haven’t worked out, and to me the most logical thing would be for him to go somewhere else on loan. A change of scenery might work. Going to a team where there’s less pressure could be a benefit. Maybe there he’ll also find a manager that suits him better. But, laying the blame entirely at the feet of Pulis ignores the reality of the situation and the challenges he faces as a professional footballer.

If it’s easier to think it was because of some anti-Arsenal mindset then fine, but the likelihood is that this is a young man with a lot of talent and ability whose career has been hugely affected by a serious injury. He won’t be the first and he won’t be the last. There have been countless examples of emerging talent who have never quite reached the heights we thought they would for all kinds of reasons.

It feels a bit like Gnabry is at a crossroads in his career, and it’s a shame that a guy who looked so promising is struggling like this right now. If he’s physically able to recapture some of the exciting form he showed for us, he’s also got to overcome the mental challenges that lie ahead too. I hope he can do that, because he looked as if he might be a genuine contender at one stage.

Ultimately though, as Arsene Wenger said, it’s down to him to convince managers that he should play. Good luck to him.

Don’t forget to check out yesterday’s Arsecast Extra, episode 100 too, in which we discuss the 1-0 win over Newcastle, Gnabry, potential transfers, Arsene Wenger’s fashion sense and lots more. Find it on site here, via iTunes or through Acast (who also have a free app for iOS and Android – just search the relevant store).

Also, I did a thing for The Set Pieces about Arsenal being top and what it all means – have a read!