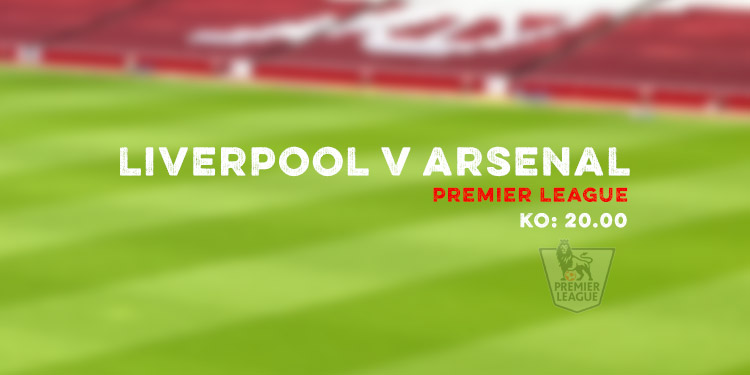 We have the first of four very testing Premier League fixtures tonight as we travel to Anfield to face the Mugsmashers.

Much has been made of our injury problems, and rightly so, but in recent weeks lots of Liverpool players have come down with a dose of the Daniel Sturridges, hamstrings a-poppin’ and a-twangin’ all over the place. So grim is their situation that they’ve had to rush through a loan for Steven Caulker, ex of Sp*rs, from QPR (who is bound to have a Beckenbauer-esque game tonight, no question).

Even so, I don’t expect this to be anything other than extremely challenging tonight. Arsene Wenger said every game there is a ‘ferocious battle’, ever the case when two of the big teams come together like rutting stags. What they’ll miss in on-pitch quality you can be sure they’ll try and make up for it with effort and endeavour, so we’re going to have to play well tonight if we want to take three points.

Alexis has been ruled out of this one, so the bench will have that mix of defenders and youthful attacking options, so as ever there’s an onus on the players that start to do the job tonight. And in general our record at Anfield over the last few years has been decent. We lost in 2007, and there was that horrible 5-1 thrashing in 2014, but in the 7 other games we’ve won three and drawn four.

We go into this game with just one defeat in our last 10 games, that poor display at Southampton, and the manager is looking for us keep things going:

The momentum creates confidence and confidence is vital at that level. In December and now in January we have been consistent and we go into a very important part of the season because we play many games. That consistency is a good basis to go into the next game with the right belief.

I suppose we’ve got to look at the fact that they’re missing a lot of important players at both ends of the pitch as a real chance to put them to the sword. When it comes right down to it, when you’ve got opponents who are considerably weakened, you have to try and take advantage of that, but as we know ourselves there’s nothing saying that being without key men means you’re definitely going to lose or drop points.

We’ve gone through most of this season without players who would certainly have played a part in the first team, and you’ll find that those who are given a chance can sometimes step up and help fill those gaps very well. You need only look at Francis Coquelin and Joel Campbell as examples of that. All the same, it feels like a good opportunity to lay down a marker tonight. It would display a measure of ruthlessness that you generally associate with champions.

Without taking anything for granted, if they’re not as potent as they might be up front and defensively not as solid without their first choice players, then you have to look at this game as an opportunity. It’s going to be a real scrap but if we can click from an attacking point of view, and if Mesut Ozil can find the room to supply those passes, then hopefully we’ve got enough to hurt them properly and take the points.

Meanwhile, Wenger spoke about Joel Campbell, and said the game against Olympiacos was something of a breakthrough moment for the Costa Rican forward. He wasn’t sent out on loan because the manager felt he could make contribution this season, but on a night when we need to win in a big way, he played an important part:

I thought always the attitude was there, but after Olympiakos, in a game where we were knife on the throat, he turned up with something special.Then I thought: ‘He can play under pressure as well, which is important for us’.

Another lesson that even when a player’s circumstances suggest his participation might be extremely limited, the vagaries of football mean they can come out of the cold and surprise you. What’s perhaps been interesting with these recent emergences is Wenger’s openness to retaining the players when the more senior options become available again.

Of course some of that is down to the quality of their performances, but the Arsene Wenger of old might well have decided to go with Mathieu Debuchy over Hector Bellerin for example, when the Frenchman was fit again. There’s a natural conservatism that most managers have when it comes to experience over youth, and that’s understandable. He does seem to have changed his outlook a bit though, it feels a bit more like a meritocracy – where performances rather than reputation inform team selection.

On that basis, Campbell should start tonight over the more ‘senior’ Oxlade-Chamberlain, simply because he’s been playing so well and working so hard recently. Fingers crossed he can keep that up in what’s going to be a hugely important game.

Remember, if you can’t see the game later, if time zones mean you’re stuck in work or whatever, we’ll have full live blog coverage for you. Up to the second live commentary and updates. Check back for the post later, or open up our live blog page and updates will begin automatically.

And if you fancy a flutter later, Ladbrokes are offering Arsenal at 6/1 for new customers (max £10 bet) with money back if you lose. Click here to sign up, or click the banner below.

Right, that’s that for now. Catch you later for the game.

Why Pierre-Emerick Aubameyang should be named Arsenal captain