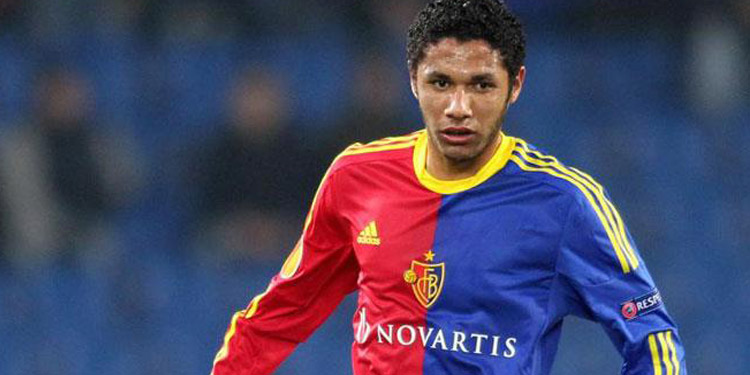 Yesterday was a relatively quiet day in terms of Arsenal. The whispers are that the signing of Mohamed Elneny is nearing completion. The Egyptian midfielder wasn’t in training with FC Basel yesterday as a widely circulated statement did the rounds.

It was clearly a Google Translate job, for it said: Absent too from the horselumps this fine morn was Elneny who shall traverse the skies to Londonium in which he will complete a transfer to the club of the cannoneers of majestic liberty.

Or something that like that anyway. Whether he signs in time to be involved in this weekend’s FA Cup clash with Sunderland remains to be seen. It might be nice if he did, because I think this is a game in which the manager is going to rotate his squad quite considerably, and given how limited the options are we might see him delve into the youth team.

There’s already talk of a start for The Jeff and Alex Iwobi, you’ll be looking at Ospina, Chambers, Gibbs and Gabriel coming in too, and such is the need to keep things fresh ahead of a daunting looking Premier League schedule that he might have to go deep into the youths and give some playing time to the likes of Julio Pleguezuelo, Krystian Bielik, D’uble Glosta, Barnaby Stingwing, and Mandrake Magee.

Sunderland’s manager, the esteemed Sir Samuel Allardyce (knighted for his services to chewing gum with his mouth open), says he’ll be rotating the shite out of his squad because of the Premier League schedule. “Of course I’m going to make changes for our cup tie at Arsenal on Saturday,” he said.

“We’re flogging the lads. There are more and more injuries every year, but it’s ignored by the Premier League. If the Premier League decides to put a stupid fixture midweek when they don’t bloody need to, then I haven’t got much choice.”

He does have a point – look at what happened last night when Stoke played Liverpool in the Capital One Cup. All of Liverpool’s hamstrings went pop. Which, of course, is not that bad a thing when we’re due to play them soon, but still. When you look at what we have after the Sunderland game, I don’t think the manager has any choice but to make like the earth and rotate.

So, while we’ve all enjoyed the FA Cup considerably over the last couple of seasons, I don’t think there can be any suggestion that we’ll be disrespecting the competition if we change things around for Saturday’s game. It’s all about the context. When the first round was played last season, we were 13 points behind Chelsea in the league.

You don’t need to be a genius to work out that you’re not going to overhaul that gap and lift the Premier League title. So, your focus is much more on a competition you do have a chance of winning and, indeed, defending. This time around we’re top of the Premier League, having got there with a pretty thin squad that has looked to be feeling the physical effects of that effort.

Players like Mesut Ozil, Olivier Giroud, Aaron Ramsey, who are so important to our attacking game, have played almost every minute of every game recently, and leaving the possibility of picking up an injury aside, fatigue can affect performance too. Just a little drop of 1 or 2 percent can make the difference at this level, and with those fixtures coming up in the Premier League we need them to be at their best. All of which isn’t to say we won’t be trying to win the game or anything, but he’ll be hoping that some of the fringe players can do the job required.

So, going back to the start of this particular blog, if we could get the new signing done and into the squad for Saturday, that would enable him to add a little more depth and quality to a side that is going to look very different from our regular starting XI. However, the fact that it’s now Wednesday and nothing’s been announced, we’re not sure if the player is even in England yet (although I’m told he had his photos taken 3 weeks ago at a secret meeting round the back of Stuart MacFarlane’s local), makes me think it might be too tight for this weekend.

Anyway, more on that game to come during the week, and as I said, other than that it’s pretty quiet. Just before I call it a day, a quick look at the iTunes charts yesterday saw the Arsecast at Number 2 in the UK in the sports category:

There’s some pretty fierce competition in there, it has to be said, so a big thanks to everyone for download/listening to the podcast recently. It’s much appreciated from myself and from James who, incidentally, will be launching his brand new fashion range ‘J-Train Tracksuit Pants’ in the spring.

Sneak preview from the catalogue featuring the third best celebrity endorsement we could find:

That’s your lot from me, news throughout the day on Arseblog News, I’m back tomorrow. Until then.