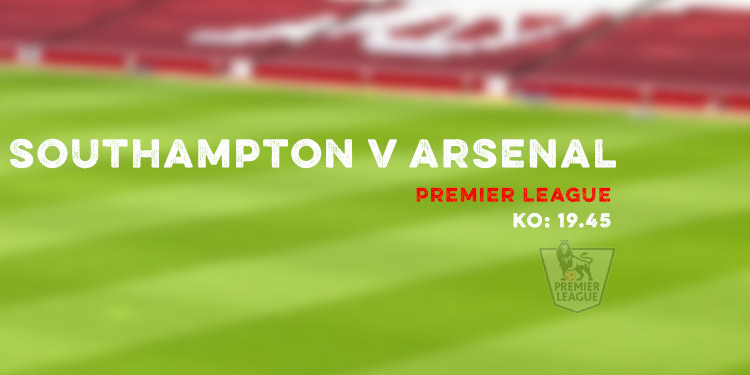 Morning all, hope you all had a lovely day yesterday. Thank you for all the emails and Tweets, but I was taking a day off the whole thing. I am somewhat jealous of all the people who got Mood Fish in their Christmas Crackers though. I got a sewing kit.

Football on December 26th is a great English tradition but, and I’ll stand to be corrected here, I can’t remember us ever playing at 7.45 in the evening before. I know, TV calls the shots and all that, but when you have another game inside 48 hours (we play Bournemouth on Monday at 5.30) the scheduling is pretty grotty.

I suspect tonight’s team will be the same as the one that beat Man City on Monday evening, with the manager looking to rotate as much as he can for the game against Bournemouth. There may be one or two changes tonight if there are players on the cusp of that red zone, but as we know the injury situation doesn’t allow for much scope in that regard.

On paper tonight’s game is the toughest of the two, even if the Saints are enduring a pretty difficult run of form. They haven’t won a game since November 7th, since then they’ve lost five and drawn one. However, in the back of my mind when we play a team struggling like is the idea that they have to turn it around sooner or later, and we remember well what happened when we played them around this time last year.

It was a bad moment for us but also a turning point because we responded very well and overall, in 2015, we had a very consistent year on the result front.

Calendar year champions, hurrah! He has been impressed by the spirit in the side that beat City without so many important players. He continues:

The vibes coming out after the City game are that we are a real team who want to work together, play together and are ready to fight to achieve a result. The confidence following a victory like the one against Manchester City of course increases dramatically. What you want to maintain is the urgency and remember how much a defeat hurts.

The key is maintaining that against every calibre of opposition. We can’t afford to look at Southampton as anything less than City, despite how they’re playing right now, because they are going to be desperate to turn things around – especially at home in front of their own fans.

I suppose the key worry for the next couple of game is how we’re going to cope physically. The lack of depth in the squad right now because of the injury situation is going to really test us, but again I think that’s going to be more of a consideration for the Bournemouth game than tonight. We’re well used to doing Monday then Saturday, there’s been enough time to get legs rested for this evening’s game.

We know what our qualities are, and what we have to do to get the right result tonight. For example, Ramsey’s more disciplined midfield performance has to be replicated again, and if we can avoid silly mistakes then we’ve got the goals to really hurt them, fingers crossed.

Meanwhile, whispers about an early January signing in the shape of FC Basel’s Egyptian midfielder Mohamed Elneny persist. I don’t know a great deal about him, or the veracity of the reports from the Swiss press, but it strikes me this is precisely the kind of signing we’d make. A young player, perhaps on the cusp of taking a step forward in his career, and not so expensive you’re burdened if it doesn’t work out. I guess we’ll find out soon enough.

There were also reports yesterday that Luis Boa Morte, former Gunners who is doing some scouting for the club, has confirmed our interest in Porto’s Danilo Pereira. He’s 24, a full Portuguese international, and would certainly add some height and power to our midfield. Interesting stuff, but again we’ll just have to wait and see how it pans out. When our interest is genuine, our scouts tend to be a little more circumspect, so I’m a bit cautious over this one.

Anyway, a bit of transfer tittle tattle might help the digestion after your Christmas feed yesterday. That’s just about that from me. We’ll be here later with live blog coverage of the Southampton game, let’s hope we can pick up where we left off against Man City.