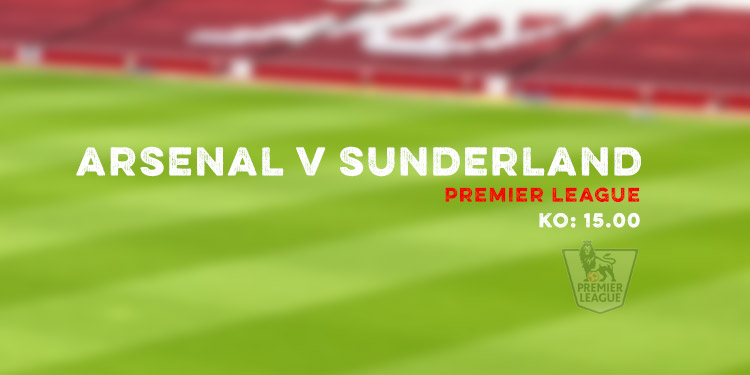 Premier League action today as we face Sunderland at home. The last three games have been disappointing, for various reasons, but mostly because we haven’t taken enough points, it’s time to get ourselves back on track today, even if we have a lot of injuries to contend with.

It’s clearly something of a crisis, but as we know the Chinese use the same word for ‘crisis’ as they do for ‘opportunity’, and that means a chance for some players to show what they’re made of.

It will mean a return to central midfield for Aaron Ramsey, at last back in his favoured position, backed up by Iron Flam who will put his saving the world schemes on hold for 90 minutes. Maybe I’m being overly optimistic, but it’s a partnership that *should* work ok together. It might take them a couple of games to get on each other’s wavelengths but you’d like to think they’ll have been working on it a bit in training rather than going out today and having at it like a pair of free-form trumpet players at a jazz club.

On the flanks I imagine we’ll have Alex Oxlade-Chamberlain and Joel Campbell. The former must see a run of games ahead of him and think this is an actual opportunity to play some regular football, and hopefully the benefits of that will be obvious. His form has been a bit flaky this season, but he’s also been in and out of the side so the chance to play every week for a few weeks ought to do him some good.

Similarly, Joel Campbell, he’s improved by playing more often and we’ll need him to continue that too. It’ll be interesting to see where they’re deployed, you could make a good case for Campbell on the right and the Ox on the left, so we’ll have to see how the manager views that.

The return of Theo Walcott to the squad is good news too. I can’t see him starting but his presence on the bench at least provides another attacking option and also a reminder to Olivier Giroud that there’s someone who can take his place unless he performs. In our last couple of games the inability to bring anybody on who could get us a goal was fairly evident, so that’s a positive, but obviously I hope when we do bring him on it’s to have a nice run around with the game already safe.

With Sam Allardyce, you know that you will be confronted with a resilient team, who are quick on the break. They used that well against Crystal Palace for example, when I saw the game, and they have made results recently.

I don’t think Sunderland will be the most expansive team we face at the Emirates this season, so it might well be a game where some patience is required. Without the individual brilliance of Alexis, and the midfield assurance of Santi Cazorla, there’s an even bigger burden on the shoulders of Mesut Ozil. The German has been in fantastic form this season, he’s even pre-assisted 5 of his own assists, so having him on song again today, coupled with the requisite finishing efficiency, will be key to taking three points.

Meanwhile, the reticence to give a definitive time-frame on the injury to Santi Cazorla in particular became more clear last night with the manager not ruling out the possibility he could miss the rest of the season with the knee ligament problem he suffered at Norwich:

Speaking about the incident and Cazorla’s desire to stay on, he said:

I have to wait until we have a complete assessment from the specialist. We know his external knee ligament has been touched, and he might have a capsular problem as well, but I don’t know for how long he will be out.

That is sad news for him and for us, obviously. All we can do is wish him a speedy, successful recovery and find a way to cope without him. Perhaps the return of Jack Wilshere will help in that regard, with the usual caveats applying about Jack’s need to stay fit of course.

As it was December there were questions for the manager about the transfer market, typically he dismissed them pointing to the fact the window doesn’t open for another month. There was a very odd question from the Sky guy at the press conference though, as he spoke about ‘stories’ that said Arsene had asked the board to go out and buy John Stones.

Given that we do Arsenal news here every day of the week, this was something of a surprise because we hadn’t come across that story at all – even to ignore it for the obvious nonsense it is. Of course it provides a chance for a lot of ‘Wenger denies interest in Stones’ articles, but the whole thing seems to have just been made up out of thin air. Very odd.

Right, as ever we’ll have a live blog to provide you with match coverage later on. You can check back in closer to kick off to find out more, and to get details of how you can join in with the live blog chat community. Or keep an eye on Twitter for links to the right places.

f you haven’t yet had a chance to listen to this week’s podcast I chat with @eastlower about all the Arsenal goings-on, and there’s lots more waffle in there too. Check it out here, via Acast, or subscribe on iTunes or in your favourite podcasting app – just search for ‘Arsecast’.

Time for some breakfast, catch you later for the game.