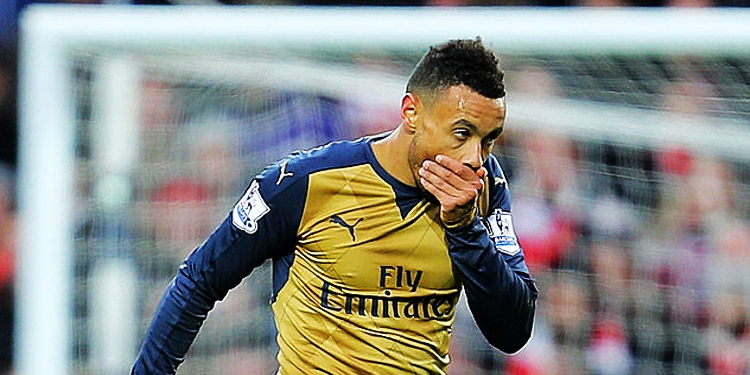 Morning all. Rumours. Not simply an iconic album by Fleetwood Mac. Nor summer-time flim-flam about some player we’re not going to sign. They can be bearer of bad tidings – ill winds that gust through our season, and this morning they’re saying that Francis Coquelin is looking at three months out having damaged knee ligaments in the defeat to West Brom on Saturday.

If true, then this is quite bad indeed. Since The ReCoqening© in January 2015 (that time when he rose from the footballing dead to become one of the most important players in the side), it’s something we’ve all worried about. He provided something to the team that it didn’t really have before, and so his significance grew. It grew to the point where Arsene Wenger was prepared to eschew the transfer market for the DM because the DM had arrived from a very unlikely source.

I think he decided against a signing because he wanted Coquelin as his first choice and didn’t want anybody to impede that, or his progress as a player. He decided that Mikel Arteta and Mathieu Flamini represented sufficient back-up in terms of numbers. Unfortunately, Arteta’s calf problems are such that he can’t stay fit for any sustained period. It’s sad to see, but this is something he’s been battling for over a year now and even surgery hasn’t appeared to fix it.

Flamini, someone who might well have been allowed leave the club this summer (a move away was very close), now becomes a massively important player in the short-term, at least. The fact is that if Coquelin is out for months, the effect on the team is going to be pretty obvious. For a start, there’s the tackling, ball winning and defensive discipline of Coquelin’s game that isn’t always there when Flamini comes on and decides he’s going to play False 9 with a side of Zidane.

I also think Coquelin’s ability on the ball is understated. He’s very tidy for the most part, skilful at times in tight situations, and it’s the dynamic between him and Cazorla that makes that midfield partnership – one of the most unlikely in the Premier League in fairness – work so well. Ultimately, he’s one of the first names on the team-sheet every week and to do without him for any prolonged period is going to be a real challenge.

Of course it opens up the debate again our injury problems and what happened on Saturday is exacerbated by the fact we’re light on numbers in that central midfield area. Coquelin, Arteta and Jack Wilshere (ahead of schedule I’m told but I still fear the word ‘setback’), are all missing. Aaron Ramsey is just back from a hamstring injury and is rather prone to them as it happens, particularly when he has to play a lot of football. And with so many players out you have to play him, thus begetting a kind of vicious hamstringy circle.

There is a heavy burden about to be placed on the players who are fit, and we can’t do much more than keep everything crossed that they manage to stay that way. It’s not going to be easy with the festive schedule either, and what the Capital One Cup game against Sheffield Wednesday showed us was that there isn’t exactly much in the way of young talent bubbling under that we can call upon if we we’re really pushed that far.

Yet at this point of the season, with the transfer window not open for another 5 or 6 weeks, and with 8 games to play between now and then, there’s nothing we can do but a) get on with it and b) try and find a way of coping with Coquelin’s absence. This is, of course, making the wild assumption that we help ourselves during the January window by actually bringing in another player.

There is a press conference today ahead of tomorrow night’s Champions League tie with Dinamo Zagreb, so we should find out a bit more about the whole situation from Arsene Wenger. Whether or not he’ll have the definitive results of Coquelin’s scan we don’t know, and perhaps we should wait until we get official confirmation before we hit the panic button but right now fingers are well and truly hovering over it.

There are solutions in the short-term but all of them will require a change to the way the team plays, be it positionally or even in terms of formation. It was interesting to hear Jack Wilshere say a couple of weeks ago that his preferred position is deeper in the midfield, a role he sometimes plays for England. On his return he might be an option, most likely in tandem with somebody else, but then you also have those fitness fears with him that can only be assuaged after a long period in which he plays week in, week out.

Can Aaron Ramsey and Santi Cazorla form an effective partnership in there? I think we saw it once at the start of the season, and while my recollection may be wrong, I think it lasted 45 minutes before the manager changed it during a game. His challenge now is to try and find a compatible partnership, or indeed a midfield trio, that can offset the loss of Coquelin. And I wish him lots and lots of luck with that.

Finally, while I think our injury problems are obviously ludicrous at this point and, ultimately a continual impediment to our chances of success in the Premier League, I don’t see Coquelin’s as a reason to be critical of the medical staff etc. This was a problem picked up during a match, in a challenge, and those are the ones that you can’t legislate for. It’s the groins and hamstrings and calves that we should be on top of, and despite all the investment in experts, new physios and so on, we don’t appear to be any better at that.

We’ll have all the news from the press conference and beyond over on Arseblog News throughout the day. You can follow @arseblognews on Twitter or like the page on Facebook for instant updates. As well as that James and I will have an Arsecast Extra for you, as ever if you have questions or topics for discussion send them to @gunnerblog and @arseblog with the hashtag #arsecastextra.

That’ll be available for you around lunchtime. Until then, have a good one.