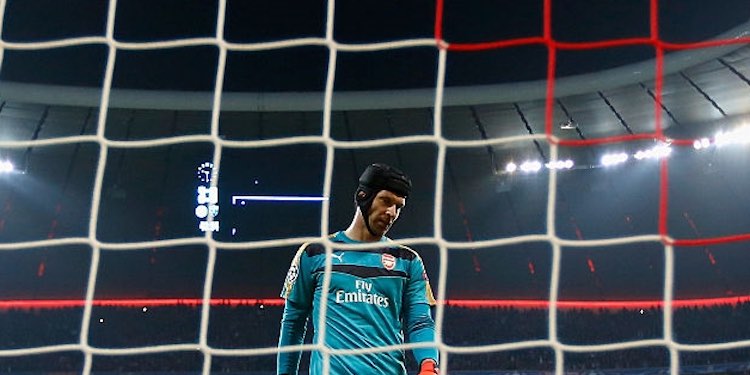 I know that you can’t really judge the public mood by social media, but there was something quite telling about how last night’s defeat to Bayern Munich played out on my Twitter feed, at least.

Normally, if we were to get beaten 5-1, my mentions would be full of people going absolutely mental. The anger would be palpable. While there were one or two who expressed some disenchantment at the scoreline, for the most part the result was one met with complete indifference. It’s almost as if most people were able to contextualise the game and not lose their reason. Shrugging their virtual shoulders and giving a ‘meh’ to it all really says a lot, because you know how much people like the opportunity to give out about anything at all – not just football.

Still, losing 5-1 is never pleasant. We made mistakes, and were punished by an absolutely brilliant Bayern team that were most certainly out to remind us of their quality having lost at our place a few weeks ago. If you give a striker like Robert Lewandowski a sniff, he’ll make you regret it, and he did just that after 11 minutes … that set the tone. To have any real chance we had to keep it tight, we didn’t, and they have the ability to hurt any team, not just us.

Gabriel played offside for the first and got it wrong. We failed to deal with a fairly routine cross for the second. Santi Cazorla lost the ball too easily for the third, although Alaba’s finish was genuinely brilliant. Gabriel had no idea where substitute Robben was for the fourth. And for the fifth, having lost the ball on the edge of their box, an Arsenal player should have taken a yellow and snuffed out that attack before it had a chance to end with Muller curling a great shot into the bottom corner.

Bayern were clinical, we were careless, and offered not a lot in attack. Mesut Ozil’s ‘equaliser’ was ruled out for a fairly blatant ‘handball’ with his elbow, and although Olivier Giroud’s spectacular consolation gave us something to cheer, when you go in at half-time 3-0 down you know there’s no way back.

Maybe under ideal circumstances you could give it a go, but there wasn’t a single player on that bench we could bring on who could have helped us change a game (and yeah, The Jeff … we all love The Jeff but let’s be realistic). There was no craft to add to midfield, there was no pace to add on the wings, there was no finishing to add up front. There was nothing but functional players who could, if you really needed them to, go out there and have a reasonable idea of what they had to do. So it was when Kieran Gibbs came on for Joel Campbell.

We had some moments in the second period when Bayern had obviously slackened off, but for the most part they kept us at arms length and, to a certain extent, I think we allowed them to do that. If post-game fans online can view the game with reasonable perspective, you can be sure the players can too. There’s personal pride, of course, and you want to give a good account of yourself, but there was little point running ourselves into oblivion and risking further injuries.

As displeasing as it is to lose 5-1 anywhere, this game itself wasn’t the one that was going to decide our European fortunes. We’d already put ourselves in a ridiculously difficult position losing to Dinamo Zagreb and then Olympiacos. Arguably, the most important game last night was the one between the other teams in the group and, despite some hope when Zagreb went ahead, a late Olympiacos winner means it’s now out of our hands.

To qualify we have to beat Zagreb and hope/assume Bayern beat Olympiacos; we then have go go Greece and beat them by a two goal margin. It’s not impossible by any means, but when it’s not under your control you always fear the worst. Will an already qualified Bayern be arsed against them? Probably, it’s not really in their nature not to be, but sometimes that subconscious knowledge you’re already through can affect performance.

This is the European bed we’ve made, however, we’ve got to lie in it. Afterwards, Arsene Wenger said:

You have to give credit to Bayern first for their quality and on top of that we made things quite easy for them. It was a bad defensive performance and we were extremely poor defensively. We were not at the races.

We now have to focus on the Premier League on Sunday and bounce back with a different performance because we are in a good position in the league. It’s important that we realise what we did today and we know that.

The worry is that any time you lose 5-1, no matter how much context you can put it in or how you can see where you went wrong, it affects confidence and belief. Ahead of a North London derby on Sunday it’s not ideal. On the other hand, as we’ve seen already this season it can prompt a positive reaction. Losing consecutive games to Zagreb and Chelsea saw us beat Sp*rs (Capital One Cup) and high-flying Leicester away from home. The defeat to Olympiacos was followed up by that 3-0 spanking of Man United, plus wins over Watford away, Bayern Munich and Everton.

We need a similar reaction again this weekend, and it would be fair to say that there are a number of players – not just defenders either – who owe us a performance in the derby. We need to be a lot better than we were last night,  because this season the Premier League is our bread and butter. We’re in a good position, and we’ve got to do everything we can to maintain that.

It will be made more difficult by the reported absence of Hector Bellerin, not sufficiently recovered from a groin strain apparently, while Laurent Koscielny obviously picked up some kind of hip injury between Swansea and last night which meant he sat the game out. That he travelled to Munich at all suggests it was something that happened subsequent to that journey, so fingers crossed it’s not serious.

We genuinely cannot afford to lose any more players. David Ospina has returned to training, but that doesn’t help us a great deal other than to add some assurance to our bench. Much like the Swansea game it means those selected from the start have to do the job, because we don’t have much to call on if we need it from the bench.

More on that game over the next few days and, of course, on tomorrow’s Arsecast. So, this one has to be put away in the relevant compartment: ‘Shit nights I’d rather forget but which didn’t vex me too much because we have a derby on Sunday’ (needs a long sticker that one), and the focus now turns to Sunday at 4pm at which point we have to respond.

Arsenal 3-0 Dinamo Zagreb: Attacking trio shine as we get the job done