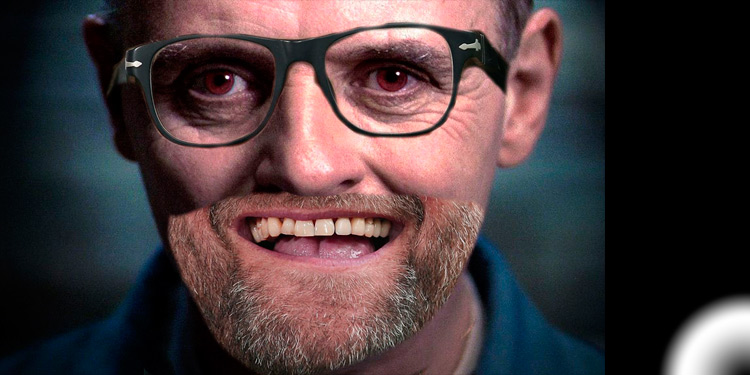 Morning all, a very quick one for you. I’m still trying to get on top of my computer related stuff. I have a tendency to forget things, which is why I use a calendar with notifications. So, even if it’s something obvious like an Arsenal game, I get an email to remind me.

What the calendar doesn’t take into account is the calendar itself being lost, and therefore it cannot send you an notification to remind you to set it up again. So lots of stuff this week has passed me by because I’ve haven’t had the emails.

‘Ahh’, I hear you say, ‘but you should have the calendar synced across all your devices so that when one goes down you are not left without the important communications you need to make the world think you can function like a normal person.’

And yes, there’s probably an an element of truth to that but the only response I feel like giving is ‘So’s your face.’ I’m also waaaaaaay behind on my email so if you’ve sent me something and had no reply, it’s not personal I just haven’t had to time to respond yet, but I will.

In international terms, it was a good night for a couple of Gooners. Theo Walcott scored a smart goal for England against Estonia, while Santi Cazorla got his first goals of the season in the wrong red shirt as Spain beat Luxembourg 4-0. You can find clips via our video page.

That’s now 7 goals for club and country so far for Walcott this season, a pretty impressive start all in all. Tonight the only men in action as far as I can see are Petr Cech as the Czech Republic take on Turkey, and Aaron Ramsey for Wales as they go away to Bosnia-Herzgovina looking for the point they need to qualify for the finals.

I like the nominative determinism of Cech playing for the Czech Republic, like Stephen Ireland playing for Ireland, and John Terry playing for country.

In poking around on the official site for news, I noticed that The Jeff has been called up to the France squad for the U17 World Cup taking place in Chile later this month. France are in a group with New Zealand, Paraguay and Syria, which really is the eclectic mix of teams, but obviously it means he’ll miss the Capital One Cup tie with Sheffield Wednesday, the only realistic chance we’d have had to get a hit of The Jeff’s hot running and Jeffy ways.

I remember many years ago I had a similar chance to star at a top tournament. As a 10 year old I had been selected to play for the Yorkshire Schools team in some competition against county teams from all over England, but before I could do that and be spotted by scouts we moved back to Ireland. I often hark back to that missed opportunity and how different my life would undoubtedly have been had I made the grade and become the third division defender I’d always dreamed of being. Ah well, good luck to The Jeff.

Elsewhere the Mugsmashers have a new manager, Jurgen Klopp. When you look at the litany of bumbling halfwits they’ve had in charge down the years, or even the way some of the less bumbling ones have been treated, there’s undoubtedly going to be a new sense of optimism at the club. And for Arsenal fans, who have long viewed Klopp as an obvious successor to Arsene Wenger, it’s an appointment that will be tinged with some regret.

Not only do they now actually have a decent manager, they have one that we would have liked too. But so much of football is about timing. Klopp was in the right place at the right time for Liverpool, while Arsenal have a manager with another 18 months left on his current deal. A man who has always respected the deals he’s had, and a board that we all know are simply not going to make a change until the end of that anyway – unless things go horrendously wrong.

He will make the Premier League an interesting place, and obviously as the shiny new thing he’ll be flavour of the month for a while. I suspect, however, that most of us have viewed Klopp from relative distance, not exposed to the week in, week out-ness of his methods, and isn’t there just something fundamental about how opposition managers become really, really annoying after a while? I think he’s got that in his locker.

I mean, imagine how he’s going to react when he’s on the end of a Mike Dean or Anthony Taylor special, or when Andre Marriner sends off Firmino instead of Coutinho:

I for one look forward to him actually going that one step further and instead of simply thinking about devouring the face of the official, he goes ahead and does it like in the Silence of the Lambs: KLANNIBAL LECTER. And so on.

I’m not saying he’s definitely a cannibal, just that it wouldn’t surprise me if the Premier League drove him to it at some point. That’s why John Gregory left Aston Villa after all. Fun fun though, and all part of the pantomime. Right, that’s your lot for this morning, more from me tomorrow.

The Academy can produce players, but also generate more revenue

Pre-season game of genuine interest today + Ramsey on his contract