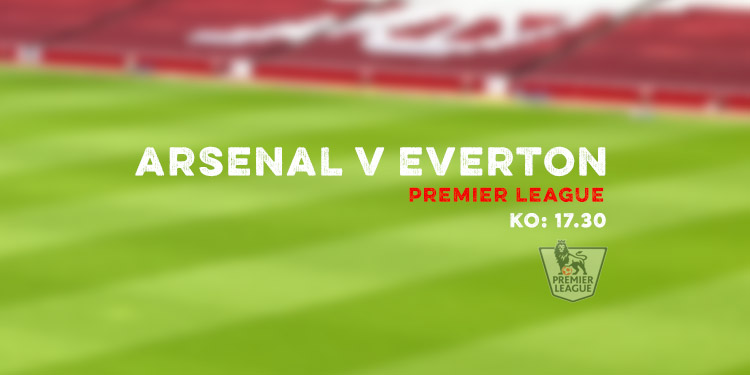 More late afternoon kick-off fun for us today as we face Everton in the Premier League.

After the strenuous efforts on Tuesday night, I suspect the manager might – ideally – like to rotate his squad a little bit, but as I mentioned yesterday the absence of obvious candidates like Jack Wilshere, Tomas Rosicky and Danny Welbeck makes that a bit more difficult.

The team news we have is that Gabriel is back and it wouldn’t surprise me to see him start for one of Per Mertesacker or Laurent Koscielny. The latter, we ought to remember, was out with a hamstring strain and only played against Watford after a late fitness test. Three games in a week might well be pushing our luck there, so the return of the Brazilian is a welcome one.

Mikel Arteta won’t make the bench due to an ankle problem picked up in training, so that will probably mean a place in the squad for VolleyKing Flamini. We know that Aaron Ramsey will be out until after the Interlull so his place on the right hand side of midfield is likely to go to Alex Oxlade-Chamberlain, but beyond that it’s difficult to see any other changes.

Unless, of course, Arsene Wenger feels like this is a game that might suit Olivier Giroud up front more than Theo Walcott. Everton’s experience and quality at centre-half might play a part, but he might also feel that Giroud’s goalscoring from the bench merits a start. A kind of reward for his performances lest he become fed up or demotivated. Man management, perhaps.

On the game itself, the manager says:

We have built up a run and that brings confidence, but you also want a good compromise between confidence, urgency and hunger. It must give us hunger to do more. That’s what we want to do against Everton.

We have worked very hard after a dodgy start in the first game to put us back in the position where we are now. We have a great opportunity so we want to continue our run.

It’s been an interesting few weeks, with Arsenal showing real versatility in how games are won. Blitzing Man Utd early, gradually wearing down Watford, and digging in and sucker-punching Bayern, so I’m curious to see how today goes. Everton will come into this one feeling like they’ve got something to make up for having lost 3-0 at home last weekend.

They’ve got some dangerous players. Lukaku in particular can be a real handful if he’s in the mood, and Coquelin will have to keep an eye on Ross Barkley in the midfield. Roberto Martinez is a coach who likes his teams to attack though, so perhaps that will suit us a little bit, we shall see.

What we do need to ensure though is that the focus and commitment we showed against Bayern is there again today. Circumstances are different, but then we run the risk of the outcome being different if we can’t replicate that.

Meanwhile, the manager has praised his record signing, Mesut Ozil, as a player who sacrifices himself for the team. His first thought is as creator, rather than a finisher, and we saw that last week against Watford when he could have had a pop on his right foot, but instead set up Olivier Giroud for the second goal.

Talent-wise, I think deeply he is a very, very collective player. He is a very respectful guy. If you tell him to do that he will do it for you. I think his talent is exceptional.

His talent is fantastic. Sometimes I think he sacrifices himself for the team. He plays in the link between the low midfield and the striker. He is the vital part in that. When he has the ball in the final part of the pitch, he has the most assists. There he is vital.

If you look at the numbers so far this season, 6 assists and 2 goals show he’s an influential part of the team, and that doesn’t take into account all the chances he’s made either (I could go find that number but it would mean going through every game on the Stats Zone app and it’s way too early for that – suffice to say it’s a lot).

Even if some people remain unconvinced by him – not something I understand really but there you go – there’s no question in my mind that if we want this season to be a success, we need Mesut Ozil pulling the strings as much as possible. He seems to have clicked with Alexis well, and maybe there’s something more to having Theo Walcott up front than just someone different than Giroud – maybe having him there enables us to get more out of Ozil.

Anyway, let’s hope he can add to his goals/assists tally today. Everton will be tough to break down, his craft might just be the difference.

Finally, Arsene Wenger says Christmas football in England has to be protected as it’s such an integral part of the footballing landscape. Louis van Gaal said this week the lack of a winter break is ‘evil’, perhaps a touch melodramatic, but more and more it seems as if English clubs don’t do themselves any favours by playing through a period when most other leagues take a week or two off.

Wenger is in favour of a break, just not until January:

I would cry if you changed that because it’s part of English tradition and English football. It’s a very important part of us being popular in the world, that nobody works at Christmas and everybody watches the Premier League.

I want to go on with it, yes. I always pleaded for a break after January 1, but we have to keep this tradition alive.

I think some kind of winter break is inevitable, but it might also mean a reduction in Premier League size, and none of those turkeys are going to vote for Christmas. However, there’s certainly room though to move one of the festive games until later in the season, because asking teams to play twice in 48 hours, as often happens, is daft – festive tradition or not.

Right, that’s your lot from me until later. I’ll be here with a live blog for the game, so feel free to join me for that. Details later or bookmark our default live blog page.

There’s further reading from The Gent, who has returned after an Interlull of his very own, and if you haven’t yet heard this week’s Arsecast, I’m joined by the always brilliant Amy Lawrence so get that into your ears right here.