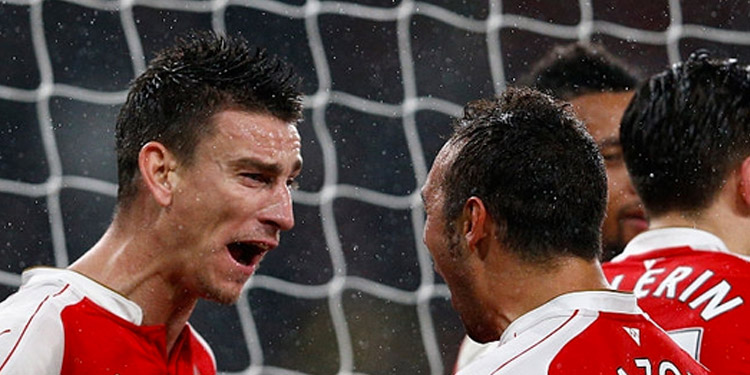 In the third minute of injury time a chance for Arsenal to seal the game with a third goal turned into an Everton break. The visitors poured forward to try and find the equaliser. The ball was fed to Romelu Lukaku, he took a touch moving the ball into the Arsenal box. Perhaps it was a little heavy, but it allowed Gabriel to slide in and hook the ball away for an Everton throw. The Brazilian got to his feet and punched the air like he’d just scored a goal – that was what it meant, and that was how important it was.

Despite the fact we had the lion’s share of possession (not always the sign of the best team as we well know), and had some great chances to put the game to bed, a one goal lead is always precarious. When you’re facing a team as dogged as Everton – who didn’t have to go toe to toe with a European giant in midweek – there’s a real need to be able to to dig and protect what you have in the final 20 minutes.

There’s no doubt that fatigue was a factor for us in the final stages of yesterday’s game, but defending like Gabriel’s, and another hugely important save from Petr Cech, made the difference between one point and three. It’s still too early to say these are the things that separate champions from those that fall beneath, but anyone who has watched Arsenal closely in recent times will know this is a game that we could have dropped points in.

To be fair, better finishing and better decision making would have seen us make this game safe without the drama, but then football is not an exact science. Olivier Giroud’s opening goal was just reward for the Frenchman’s performance and recent form. In the opening minutes he set the stage for his return to the starting line-up by muscling an Everton defender out of the way, taking a long kick from Cech, and laying it off to a teammate.

He’d had a half-chance from a corner, heading wide early on, but when Mesut Ozil curled in the ball from the inside right position, Giroud rose perfectly, and flicked a header beyond Tim Howard for 1-0. That took him to 6 goals for the season, and Ozil’s assist was his 7th thus far.

There was barely time to celebrate when the lead was doubled. After Alexis had been fouled Santi Cazorla took a free kick from just outside the Everton box, in a wide position. He whipped it in with real pace, Howard came to try and punch, but Laurent Koscielny got there first to get the ball over the line to make it 2-0. This recent habit we have of scoring, then scoring again very soon afterwards, is most enjoyable.

The two goal cushion didn’t last long though. Alex Oxlade-Chamberlain’s decision to shoot, rather than play in Hector Bellerin outside him, proved costly. When you lose the ball that high up the pitch it’s hard to really attribute too much blame to the Ox, especially as Everton got lucky with a deflection off Gabriel that wrong-footed Cech, but more awareness and better decision making in the final third might have made it 3-0 to Arsenal rather being pegged back to 2-1.

Whether it’s an unlucky phase he’s going through, or if it’s something else I don’t quite know, but his mistakes this season have been seriously punished. If you’re on the bad luck side of the fence you could suggest it’s not going to happen every time, but ultimately it comes down to making the right choice more often and not allowing those mistakes to be punished.

In the second half he did try to make up for it and he created chances for Alexis and Giroud. There were moments when we could have sealed the game – Giroud hit the bar with a curler and Howard well beaten; an Ozil shot rebounded off the outside of the post; and late on Mathieu Flamini headed straight at the keeper when he really ought to have got the third goal.

The fact that Everton just needed the one goal to draw level made it precarious at times and we did ride our luck a little. George Galloway, or whatever he’s called, headed wide at the back post when he really should have equalised, and Lukaku brushed the top of the bar with a header with Cech beaten, but sometimes things like that go for you. The marginals, as discussed the other day.

I don’t think there’s any doubt we deserved the three points. After the incredible shift we put in to beat Bayern Munich on Tuesday, the effort that went into yesterday’s game was pleasing but also an absolute requirement for a team that has ambitions of a title challenge.

We had a massive game on Tuesday night and after that it is a good test for your squad and the hand off to your players. I think we played with the right focus and desire.

We went to Watford and won 3-0 and beat Bayern Munich 2-0, and beat Everton in one week. It has been a fantastic week. It is not easy.

I think that’s a point worth making: to bookend a win over Bayern with two vital Premier League victories really does say a lot about the team right now. Three wins in a week against difficult opposition – even if there’s an expectation when you face a team like Watford – should go a long way to dispelling doubts that exist about both our character and our quality.

After the opening day of the season, you’d be hard pressed to find too many who were confident about our ability to top the table at this point. It might only be temporary, as the Manchester derby later could change the pecking order, but it’s nice this morning to be where we are, and to have got there in the way we did.

Again it was a fine collective effort but you have to give a nod to your goalkeeper when he makes a big save late on the way Cech did. The idea that a keeper might win you points is often spoken about, and yesterday he played his part in making sure three points didn’t become one.

I also enjoyed Giroud’s return to first team action. If this is what having genuine competition does for him, and us, then I am all for it. Part of it, of course, is the fact that if you don’t play a bloke to the point of exhaustion, then he’s much more able to provide those decisive moments, but I think the duel between him and Walcott is playing a part too.

Finally, Mesut Ozil. Majestic yesterday, and it was interesting to see the manager recycle a line he’d previously used about Tomas Rosicky:

Amen to that. He was absolutely brilliant, but overall this was a big team effort, and the team got their just rewards for it. So, we’ll keep an eye on Manchester today to see if we stay top, but for now we’re there and we deserve to be.

Finally for today, it would be remiss of me not to take this opportunity to laugh at Jose Mourinho, sent off yesterday at West Ham. This picture of him standing at the back of the director’s box as Andy Carroll’s winner goes in is undoubtedly one of the best football pictures of all time. The misery on his face is just delicious. 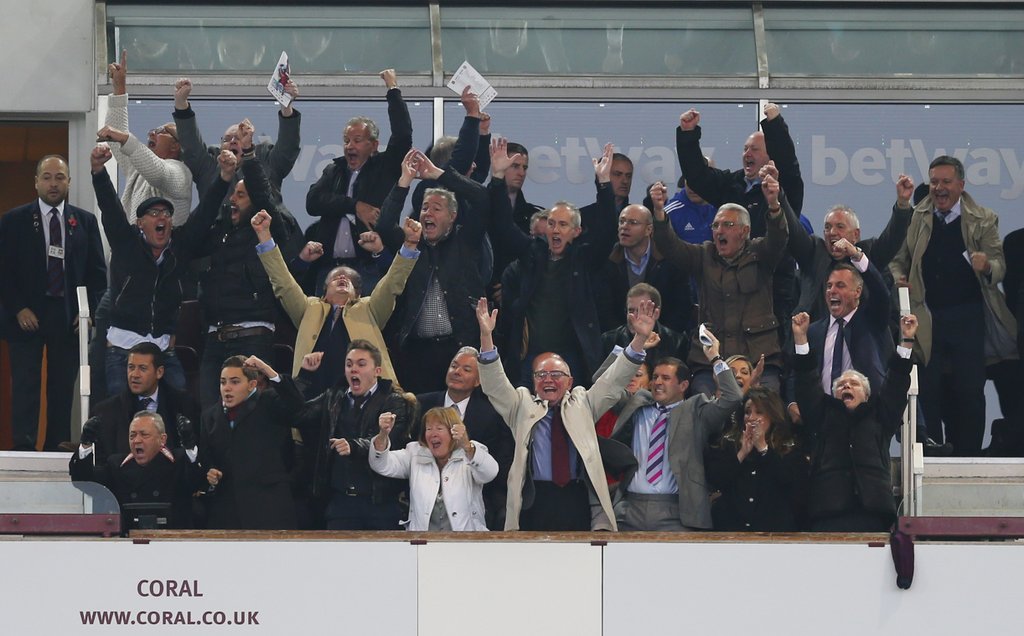