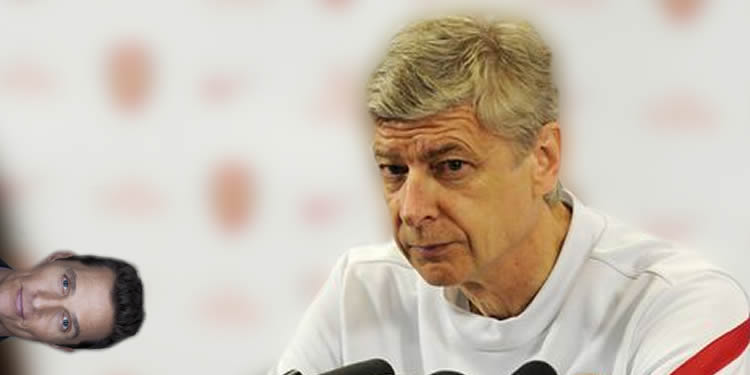 The day after the Interlull ends is often the lulliest day of them all. This morning is a perfect example of that. Nothing whatsoever is going on. The biggest news yesterday was the announcement about an official lottery partner, that should tell you plenty.

Things should pick up this morning though as Arsene Wenger meets the press ahead of the Stoke game. With serious pressure on now to win and score at home, there’s plenty on which to quiz the manager. Such as:

– Are you considering playing Alexis up front to help spark the team back into life? Would using him there solve the problem of how to get Aaron Ramsey back into the centre of midfield? At the same time though, does it create another problem in that Mesut Ozil might have to be shifted to the left?

– Could Santi Cazorla play wide, even though you said a few weeks ago he’d lost his ‘burst’. And why, Arsene, why is it that a man who can do things with a football that that aren’t even tricks on FIFA finds it so hard to score these days? He got 12 in his first season, why so few now?

– Will you keep faith with Olivier Giroud, hoping to boost his confidence after all of France demanded he be murdered in his sleep for missing against Serbia? Is he the kind of player who needs the old arm around the shoulder treatment?

– Did Theo Walcott’s two goals against San Marino remind you that he’s probably more of a threat coming from the right hand side rather than as a central striker?

– If so, has that done anything to change your obvious reservations about using him there since that game at White Hart Lane back in February when you’ve preferred Aaron Ramsey, Jack Wilshere and Alex Oxlade-Chamberlain to him?

– At the back have the performances of Gabriel made you think about your best central defensive partnership? Or has it simply confirmed that the Brazilian is fantastic cover for the Mertescielny Axis?

– What about Mathieu Debuchy? Are you concerned that he thought about leaving when you selected the effervescent Hector Bellerin ahead of him? Do you care that he’s worried about missing Euro 2016? Would it be a reminder to Bellerin that he’s got to keep his concentration and focus if you picked Debuchy for the Stoke game? Would his physicality and experience be a bonus against a team that’s still physical and against whom Debuchy would fancy some revenge having been injured by a snide push from one of their players in this fixture last season?

– What’s going on in Kieran Gibbs’ head these days? We’re all digging the Nacho Man’s randy and savage performances, but surely Gibbs is wondering where it all went wrong.

– Will Jack Wilshere be back in action? The last we heard he was progressing well but then so was Danny Welbeck and then we were hit with the news that poor old Danny boy was going to be out until … well … we don’t know when, really. What about Jack? He’s dead isn’t he? You buried him in his favourite spot on the training ground, and told the lads to play around the hump. RIP IN PEACE JACK.

– If Joel Campbell had all his teeth removed and scrunched up his face, would it be a perfect circle?

– What time is love?

– Was the signing of Park Chu-Young a KLF-like statement –it being the football transfer equivalent of burning actual money on a Scottish island?

– You ever been in a cockpit before?

– Ever seen a grown man naked?

– If Doctor House was such a great doctor why did he misdiagnose the patient about 12 times per episode before he finally got it right? And why did nobody ever have something simple, like, you know, flu or heart failure and shit?

– Did you watch Interstellar, that movie with Matthew McConaughey? Did you too want to smash up your TV when a man travelled through space and time only to end up behind his own goddam bookcase? [Not a spoiler: I’ve saved you three hours. You’re welcome].

– What’s your favourite movie with a hunchback in it? Mine is Merry Christmas Mr Lawrence.

– Does Johah Hill have diabetes yet?

– As the world is left distraught at the shocking images from afar, are you worried that the new iPad Pro is just too large? When will it stop?

– Have you ever considered wearing a disguise and arriving into your press conference like a bovver boy?

– Assuming that in one of our space probes we are to place a message to other intelligent beings in the universe – on the off-chance that such a being will find it someday – what should that message be, and how should it be expressed? You may not use the words ‘handbrake’ or ‘sharpness’.

– Is there something to be read into the fact that Lament Strength is an anagram of Mental Strength?

– The poet John Keats once wrote (in his poem “Ode on a Grecian Urn”):

Beauty is truth, truth beauty,—that is all
Ye know on earth, and all ye need to know.

By contrast, Plato (in The Republic) warns of poetry’s power to make a falsehood seem true, by beautifying it.
What, then, is the relationship between beauty, as achieved by the artist, and truth?

– Where do we go now but nowhere?

Plenty there for us to quiz the manager with, if it were us doing the quizzing but it’s not so we’ll have to content ourselves with whatever emerges. We’ll have team news and all the details over on Arseblog News, more from me here tomorrow.