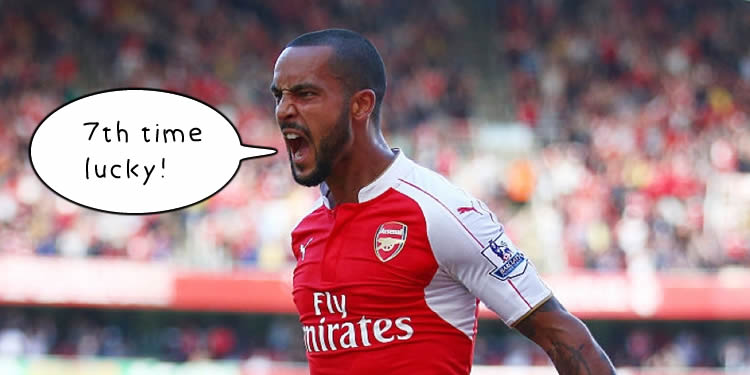 The title of yesterday’s blog urged Arsenal to continue making the many chances they had in the previous games, but to add some actual goals to the mix. The game saw us take 29 shots, 12 of them on target, and but for some terrible finishing and, it has to be said, excellent goalkeeping, the scoreline should have been much more convincing.

Alexis hit the post twice in the opening 10 minutes while Theo Walcott, selected ahead of Olivier Giroud for the second game running, missed two absolute sitters. The first when he shanked the rebound from Alexis’ 3rd minute header wide, the second when he headed a brilliant Hector Bellerin cross over the bar. It did make you wonder if it was going to be one of those days for him. And it kind of was.

He put Arsenal ahead in the 31st minute and it was interesting that it was about the first time Stoke had managed to get out of their own half. A heavy touch allowed Francis Coquelin to slide in and make a tackle, giving Mesut Ozil the chance to loft a beautiful ball over the top for Walcott to run onto. His first touch was superb, his finish excellent, and it all came from what was the most difficult chance he had all day … by a very long way.

In the second half his finishing woes continued when he should have scored a couple more, but the lack of conviction in his attempts on goal was a worry – especially with just a one goal lead. One small mistake, one set-piece can prove fatal, but thankfully his profligacy didn’t cost us in the end.

I suppose we saw the good and bad of Walcott. On the one hand he got into good positions, on the other he missed most of them. The goal was excellent, the rest of his finishing tame and unconvincing. That the second goal came after Olivier Giroud had missed a sitter of his own fed into the story of the day, perhaps even the story of the season. We have had a host of chances in all the games we’ve played thus far, but our conversion rate must be absolutely dismal.

Perhaps efficiency in front of goal will come back slowly. There was pressure yesterday after two goalless games so far this season, and maybe this was what was needed to open the floodgates a little. Giroud’s miss, moments after he came on, was similar to the one for France in the week, dragging a shot wide of the post when it seemed easier to score, but his run and header from Santi Cazorla’s free kick was clever forward play. His muted celebration said rather a lot though, he looks like a guy who’s been reading stuff about himself on Facebook or something.

Still, we did score twice, a significant improvement on the last two home games, and overall there was a lot to be pleased about in terms of our performance. We bossed the game, created a ton of chances, kept Stoke pretty quiet from an attacking point of view, defended well when we had to, and showed some mettle.

I don’t know about you, but I thoroughly enjoyed the little spat between Gabriel and Marko Arnautovic. He’s not my favourite player anyway after what he did to Mathieu Debuchy last season, but when the pair were chasing back and the Stoke player was throwing his arms about, Gabriel did likewise, leaving his much softer opponent on the turf. On Setanta’s commentary Gary Breen remarked how a former number 5, Martin Keown, would have loved to see that, and the Brazilian’s ‘Don’t come near me or I will feast on your children’ face was fantastic.

Creatively we were excellent, with Cazorla and Ozil pulling the strings from midfield, and I do wonder if there’s some correlation between Aaron Ramsey’s more controlled performance and the fact that Hector Bellerin was so effective down the right hand side. The Welshman wasn’t as dynamic as usual, his forays forward into the box were fewer, but that allowed Bellerin to zip down outside him and put in some delicious crosses from the right hand side. But for the finishing (I know!) he should have had a couple of assists to his name.

If I wanted to be critical I could say that that there is too big a difference between the number of chances we created and the number of goals we scored but that will come quickly once you win your games at home. I also believe we have stabilised our defensive record, we have not conceded after a difficult start we did not concede against Liverpool and at Newcastle and today so that is good for our future.

Overall the win was thoroughly deserved, the goals came, we kept a third clean sheet in a row – a nice little run to be on, and ahead of midweek Champions League action it was just what the doctor ordered. It’s a bit of a shame that Man City found that last minute winner as the table would be looking a lot nicer this morning, but there you go. We can only do our bit and despite the flurry of missed opportunities, we did it pretty well.

Right, that’s about that for this morning. James and I will be here with you tomorrow to discuss the game, preview the European action and more on the Arsecast Extra tomorrow.

And just a little plug for the Arseblog store: there’s free UK shipping on all products until 10am tomorrow, and for everyone, the code ARSEBLOG15 gets you 15% off too. Have a look at what’s on offer here. 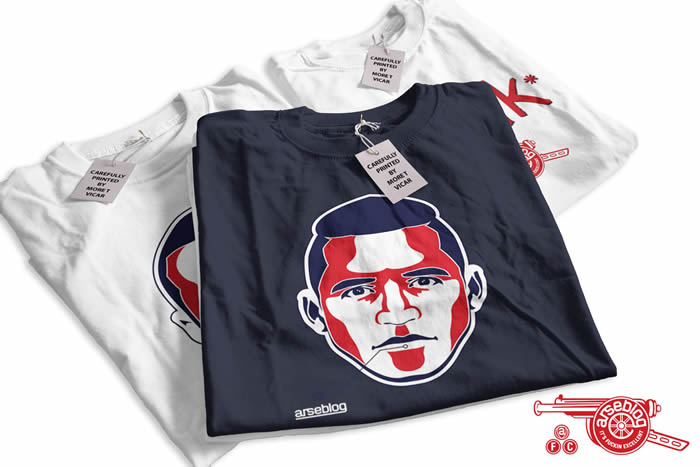