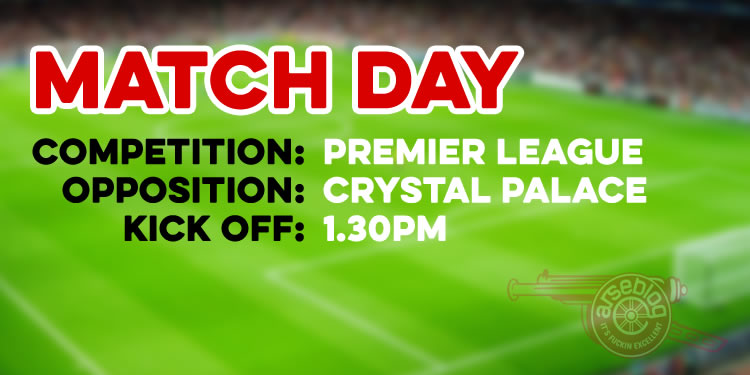 There’s little to say about this game in general other than it’s one that feels like a must-win, a vaguely ludicrous conceit this early in the season, but that’s where we are. The defeat last weekend to West Ham knocked the wind out of our sails, and we have to rewindify them.

Starting with the team, I think we’ll see two changes with Alexis and Hector Bellerin coming back in. Who the latter replaces is obvious, with Debuchy making way, but which of the midfield quartet that didn’t quite function as well as we liked against the Hammers will drop to the bench?

I suspect it’ll be Alex Oxlade-Chamberlain, with Aaron Ramsey moving to the right hand side. He says he prefers it in the middle but when played there he has to make himself un-droppable in that position and he didn’t do that in our first game. The other side of it is that if we do need something from the bench, Oxlade-Chamberlain is the kind of player who can inject something into a game with his directness – he’s got the kind of pace and power that can often trouble slightly tired defences.

It would mean a return to the formation that served us so well in the second half of last season, but in the absence of a functioning alternative, I don’t see the problem – even if it’s clear the manager is trying to move away from it.

Up front I think Olivier Giroud will keep his place ahead of Theo Walcott. Against a team like Palace, I think we need the focal point in attack that he provides, as well as that little bit of extra defensive physicality from set-pieces, but there’s also an onus on him to produce at the top end of the pitch. He’s backing himself to be the man to lead the line, so hopefully he can get off the mark for the season today (he did score at Selhurst Park last season).

The manager spoke about the importance of a reaction to last week’s disappointment:

It is always about how you respond and our game is hugely important. Sometimes, we are maybe too nice. If you want to say our aggression level against West Ham was not big enough, then I would agree with you.

I’m confident we will be stronger at Crystal Palace. They’ve tremendously progressed and the consistency of their results has been impressive but we have a good record there and we want to maintain it.

It will be a tough game, no question. They’ve brought in some good players and won on the opening day, but if we’re looking towards what we did at the end of last season as a marker for how we can perform, maybe there’s something to the fact they lost four of their last six, including three at home.

After West Ham we’ve heaped pressure on ourselves with the mistakes at the back and the toothless attacking, so while I’ll take a win any way we can get it today, if that could be backed by an improved performance it would go some way to repairing the damage. How badly the team was affected by that result we’ll have to wait and see.

In general footballers are very good at compartmentalising a bad result. While we, as fans, fester and pore over it all week, they move on, train, and look forward to the next game. This is a very experienced group also, so there really shouldn’t be any kind of hangover. Talk the talk of responding, by all means, but they have to walk the walk when that whistle blows at 1.30.

Hopefully the return of the relentless Alexis and all that spark he brings, along with the team’s desire to put right what happened last week will see us a lot happier after this one.

As always we’ll have live blog coverage of the game for you. Check back here before kick-off for a post with all the links and details you need, or simply bookmark our default live blog page and updates will begin automatically – starting with team news about an hour before the game.

Right, that’s that. Fingers crossed for later on. Reports, reaction, ratings, and everything else on Arseblog News after the game.