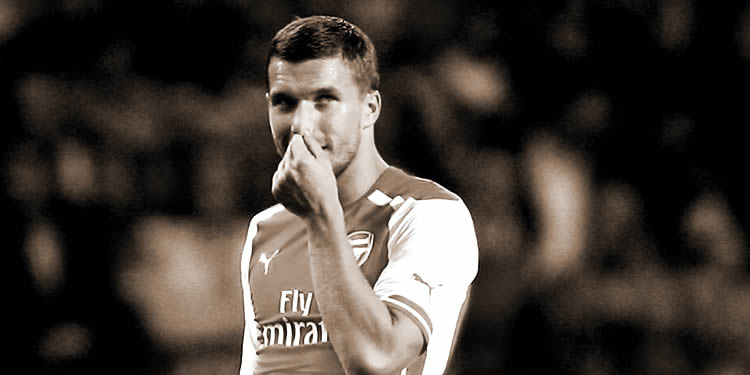 Some years ago I first heard of this thing called a ‘lie-in’ but it didn’t make any sense to me at all. Sleeping longer in the morning than usual? What madness was this?

But now I get it. I had one. A whole lie-in. And I’m a fan! I was dreaming about inventing a kind of Oculus Rift virtual reality headset which, supposedly, allowed you to play video games while driving or cycling because it had some GPS/anti-crash thing built in, but it turns out it was all part of my ploy to get people to wear a Velcro strap around their wrist.

I don’t know why I wanted them to wear them, but the minute they put the headset on, the strap would fasten and nothing could take it off. Not a knife, a saw, a laser, teeth or anything. The headset was crap though and the games on it were sub-Pong rubbish, which created a backlash that I was forced to escape on the top deck of a really slow moving bus.

It’s pretty quiet from an Arsenal point of view this morning although we appear to be moving closer to our first significant departure of the summer as Galatasaray have confirmed they’re in negotiations with Arsenal over Lukas Podolski.

Negotiations underway for the transfer of Lukas Podolski. http://t.co/6AbgqMLyob pic.twitter.com/353vxbB1I4

It follows comments from Podolski’s agent yesterday who confirmed that after talking with Arsene Wenger they felt that a move was the best option:

We had very good talks with Wenger. He wanted to keep Lukas, but couldn’t give him a guarantee that he will be starter. That’s why we agreed on a transfer.

It all seems pretty reasonable and full to the brim of common sense. Last season Lukas barely got off the bench, and when he went on loan to Inter Milan the sky didn’t fall in and we didn’t miss him in the slightest. Bar a huge injury/suspension crisis, that situation was never going to be any better for him next season, so a chance to play regularly is the best thing for him.

A fee of around €4m has been mooted which is about right for a player who is in the last year of his contract and whose stock has fallen the way his has. I’m sure most of you have already read Amy Lawrence’s fantastic Invincible (now out in paperback!), but in the section where she interviews Arsene Wenger, there was a particularly telling quote about the German.

The conversation is about reinventing players in different positions, something the manager has been pretty successful at down the years, and he says of Podolski:

And I don’t even think he saw him as a wide player after a while which is what affected his career at Arsenal. He would likely have been most effective in a front two, playing off a main striker and using that left foot of his to hammer home the kind of goals we saw him whack in during his first seasons. His goal return was pretty good, but overall there was always a sense that he was something of a square peg trying (sometimes not quite hard enough) to fit into our round hole.

Anyway, it does look as if this one is going to go through, it will streamline the squad somewhat, and I’m particularly interested to see what happens to the other January departures – Joel Campbell and Yaya Sanogo. I suspect both of them will be on the loan list again but if the right offer came in we might see them go permanently. Plenty of time for those deals to be done though.

Finally for today, the TV fixtures were announced yesterday and five of our first six Premier League games have been moved. The games against West Ham, Newcastle, Crystal Palace, Liverpool and Chelsea will all be live on the box, you can see the new dates/times and what channel they’re on in this article.

It’s no surprise, obviously, and the 12.45 KO in Newcastle is one really made with the fans in mind, but there you go. I don’t think anybody remotely expects anything approaching consideration and common sense from the TV companies any more, which really tells its own story.

Right, have yourselves a good Saturday. Until tomorrow Velcro lovers.