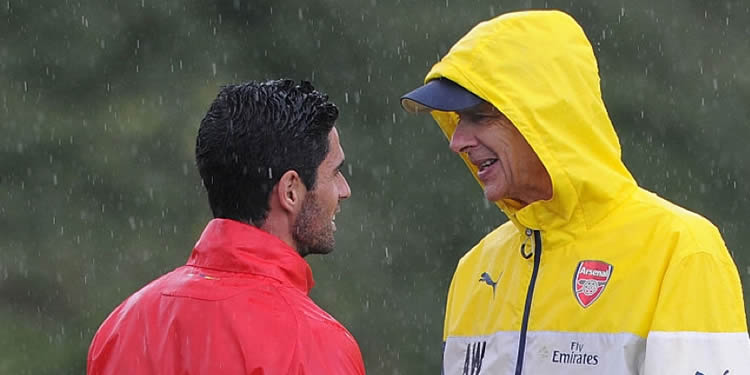 Morning all, we managed to get through yesterday without a single ‘Men go back to work on the day they’re supposed to go back to work’ story. That’s some serious self-restraint right there.

The players will be funneling back to pre-season, doing the fitness, the running, the stretching and the whole lot. Interestingly, news emerged yesterday that another addition to the backroom staff has been made with the appointment of a Strength and Conditioning Coach (an Irishman too ‘– Dere’s more to strength and conditioning dan dis’ etc etc).

Interestingly, the man in question – Barry Solan – has links to EXOS, which is part of Shad Forsythe’s background, so you wonder if this is the American being allowed have some influence over the team that’s tasked with keeping the players fit and healthy. It does look as if his work had an impact in the second half of the season, so if he’s identified further improvements then all the better.

It’s also notable that this role as Strength and Conditioning Coach is not one currently listed on the Arsenal website when you look at the staff profiles. There are lots of physios, fitness coaches and Shad as Head of Performance Enhancement, but this position does not currently exist, so it appears as if a need has been identified and then filled.

Last month we appointed a new physio to replace Declan Lynch (the man with whom Theo Walcott and Jack Wilshere celebrated their West Brom goals). We’ve taken on James Haycock, formerly Head of Medical and First Team Physio and Huddersfield Town, so we’ve been busy behind the scenes in terms of our summer signings – but then that’s not a bad thing, particularly as it’s impossible not to draw a direct correlation between the improved fitness and the improved form post January.

If we can maintain that kind of freedom from injury for the duration of the next campaign, then it’ll certainly improve our chances of challenging for the title and making progress in Europe. It’s also why I hope (despite yesterday’s blog) that Alexis is given the right amount of time off, whether he likes it or not! We saw what happened with Mesut Ozil last season, and although Per Mertesacker (somehow) escaped injury, his form was affected in the first 3-4 months of the season.

Alexis is coming off an end of season high with two trophies and the effort put into winning them. We know he’s a naturally fit guy, something of a machine at times, but his importance to the side has to be viewed in the long-term. The fact is we’re going to have to cope without him for perhaps the entire month of August, that leaves him just 9 months in which to play football and have the desired effect on the team.

Meanwhile, reports this morning say Mikel Arteta has signed a new one-year deal with the club. The offer has been on the table for some time, but if it’s done I wonder if that gives us a hint into the manager’s thinking regarding the defensive midfield position and the transfer market.

There’s no doubt that Francis Coquelin is now the first choice in that role. The worry is having the right cover and depth for him because he can’t play every game. In some ways I wonder if the fact Coquelin was a hugely surprising ‘internal solution’ is playing a part in people’s desire for another signing there. I know it’s an IF, but if we’d paid £20m for him from another club in January, would people be so keen for us to make another purchase for that position?

I also think last season was entirely unrepresentative of Arteta. Injury plagued his season and his form and while he’s not getting any younger, there’s a lot to be said in having experience in your squad. I guess the manager will have assessed his physical condition better than anyone else, and if he thinks he can provide the requisite cover for Coquelin then this new contract makes sense – not to mention the fact he’s the club captain.

It’s interesting because the signing of Petr Cech illustrates Wenger is prepared to improve on what he has if the right player is there. It’s not as if either goalkeeper was a huge problem last season. Szczesny’s form dipped but bar that game at Southampton he wasn’t making massive mistakes or costing us goals; and when David Ospina came in he did well overall, and statistically – despite the sample size being small – the manager praised his contribution as up there with the best in the Premier League.

Yet when there was the chance to sign Cech, he did it. I suspect if the right player were to come along to provide cover for, or even challenge Coquelin, he’d be prepared to do that too. It might even be a case that Arteta could slot into the ‘Flamini’ role as third choice for that position if another player arrives. My suspicion is that he sees the Spaniard as the main back-up for Coquelin though, but I don’t think it’s out of the question that if the right deal is there he won’t make a signing either. We shall see!

Right, James is back from his holidays so we’re recording an Arsecast Extra for you this morning. If you have questions or topics for discussion, please send them to @gunnerblog and @arseblog on Twitter using the hashtag #arsecastextra. It should be available for you mid-morning.