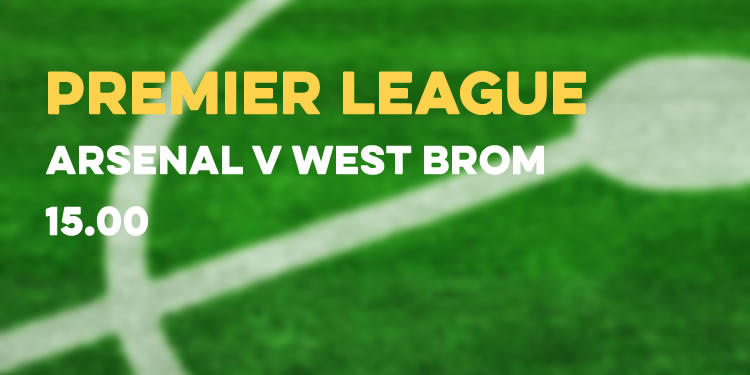 For the final time this season we preview a Premier League game. Today is an interesting one despite the fact it’s almost completely a dead rubber.

Arsenal, while making some changes to the team in order to ensure the fitness and freshness of certain players – as well as sparking some life back into proceedings – need to find some form and rhythm ahead of the FA Cup final against a West Brom side that are unbeaten in 6 and have beaten Man Utd and Chelsea during that little run. Yeah, even that doesn’t do much to make it sound exciting, but there you go.

In terms of the team lack of Oxlade-Chamberlain, Welbeck and Debuchy means that he won’t be able to make as many changes as he might like but I think we’ll see a few all the same. Quite where balance is between wanting to win this one to restore some confidence, and ensuring the key men for Wembley are fit and healthy is anyone’s guess.

He’s not been prone to changing the team much recently but we could see starts for Walcott, Wilshere again, Chambers perhaps, Gabriel, Rosicky, and then there’s the question of the goalkeeper. In our final league game of last season he played Lukasz Fabianski and the thinking there was clearly to give him some minutes before the cup final. The question is what does it mean if he plays Szczesny today?

On the one hand it could just be the same as last year where he’s giving him a run-out before a crucially important game. On the other, it might be to allow him a final appearance for the club at home before he moves on this summer – something which looks increasingly likely if the rumour mill is to be believed (which it isn’t always, but sometimes the stuff comes from a good place).

Again, you just don’t know. This year’s situation is a little different, in fairness. Last season’s Fabianski’s performances played a big part in getting us to the final. He had a great game against Liverpool and stopped penalties in the semi-final so you could make a case that he merited his place at Wembley against Hull. Szczesny, however, is only the cup keeper because he had a cheeky fag in the dressing room after a blunderous performance against Southampton.

He’s been unable to get back into the first team, Ospina’s performances and fitness have left him sidelined, and it all comes down to the manager’s choice: does he play who he considers his best goalkeeper for the final or go weird and pick the one he thinks isn’t worthy of the team week in, week out? So, while his choice today might give us a clue, it’s almost impossible to second-guess him.

On today’s game the manager is looking for it to restore some confidence after three games without a goal (the Utd one was an OG):

The confidence level will come from recent results. And the important result will, of course, be from the game against West Brom. So it is vital. We have used up our hiccups at home and we want to go out on the final day finishing on a high and sending the fans home in peace.

While Per Mertesacker says:

We have another home game and we want to win it. We can’t play for a draw or not to lose by a certain amount of goals.
That’s not our game. We want to go for it with a positive mindset and in an attacking way.

I think today might be another one of those games that’s a bit of a chore. There’s always the chance your performance can be inhibited by the fact there’s little to play for and the FA Cup final, but fingers crossed we can improve on what we did against Sunderland.

It wasn’t a lack of shooting or lack of chances, but a lack of quality and composure in our finishing, and it would nice to rediscover some of that later today.

Meanwhile, a couple of pics of next season’s home kit for you, if that’s your bag. Apparently it has some kind of special grips at the back to make it difficult to pull back, but we’ll see how that goes. Can’t be long before the paper shirts we discussed on the Arsecast Extra come into play.

Right, I don’t know what the situation is with streams etc, but we should have a live blog etc for you later on.