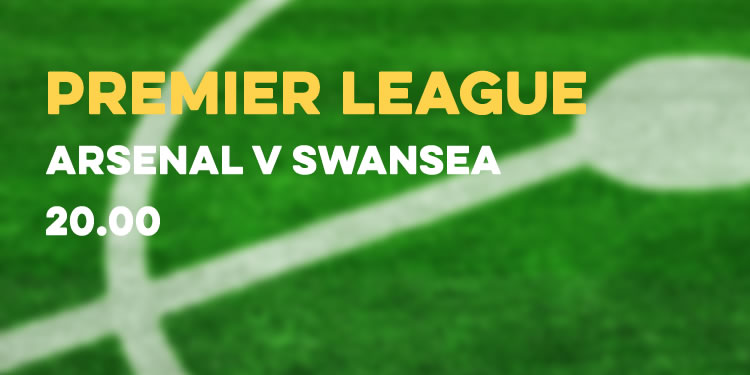 The weekend wasn’t much fun really. Chelsea v Liverpool was dull and pretty gross from a goalscoring point of view, while Man City’s 6-0 win over QPR has given them a real boost in terms of goal difference. While it’s still in our hands, their +41 to our +33 might come into play. However, we do have two games in hand so there’s a chance to make up some of that between now and the end of the season.

Tonight it’s Swansea and we’ll be out for some revenge after one of the season’s most disappointing defeats in the reverse fixture. We’d taken the lead through Alexis Sanchez, but conceded almost straight away from a free kick and it was a game which I think went some way to the manager reassessing the way we should play.

The way we were caught out for their equaliser, with too many men too far forward, was symptomatic of a style that just wasn’t working. There was talking about how important it was to win the ball back high up the pitch, and when that kind of pressing works it’s very effective. But when you get bypassed as easily as we were, and as often as we were, you have to think it’s not the best way to operate.

It’s certainly not the way we play now. Obviously the addition of Francis Coquelin to anchor the midfield has been a big part of it, but the overall team ethic is different too, and that’s been reflected in both results and defensive solidity.

Tonight’s team will be interesting. Aaron Ramsey seemed to be taking a full part in training which suggests he’d be available to play if chosen and the temptation must be great to stick with a winning team. It’s an XI that’s confident and cohesive, and one that has had a full week between its last game and this one. I can’t imagine training has been so intense that we’d need to rest people because of fatigue either, so the only reason for change is to keep some players extra-fresh and give some playing time to those who might need it.

We saw in the FA Cup semi-final how that might not always work the way you think it will, but I suspect he’ll be looking to try and give Jack Wilshere some playing time. It’s certainly not a case of it being ‘only’ Swansea, they’re in 8th position and playing pretty well. They could finish higher if they keep winning and other results go their way, so I don’t think we’re going to facing a team that has already switched off and is looking forward to their summer holidays.

You wonder also if his comments about Theo Walcott this week, entering his ‘golden years’ as a striker no less, are a precursor to getting him involved in some way. If he is, it’s a game in which he’s got to make an impact because he’s clearly fallen from favour over the last few months,  his best attributes present in others who have been more effective and more consistent.

Whatever team is chosen though, we have the form and the momentum to take the three points tonight. It would bring us back level with City on points and ensure we kept things trucking along ahead of our visit to Old Trafford on Sunday.

In other news, Arsene Wenger says he won’t be shopping for a central defender this summer after revealing that Calum Chambers long-term future lies there. It’s not really a surprise as the right-back area is so competitive, and in terms of his physical attributes, centre-half seems much more suited to him.

It’s also interesting that Chambers has been taken out of the spotlight after finding the going a bit tough. He began the season very well and there was genuine enthusiasm for his performances and the way he slotted into the team – both centrally and as a right-back. But, not unlike many young players, he found it hard to maintain that level of consistency, something the manager acknowledges:

It’s been a little bit difficult for him at the moment. We all have to go through periods where we have to stop, think and realise sometimes things don’t go as quickly as we imagined they would. Everybody goes through that. When players come out of it, they are stronger.

As ever in this Cup-o-Soup world of instant reaction, the positives of Chambers season have been dismissed and forgotten, the negatives replayed and highlighted. It’s good that we’ve now got a squad that means we can take some of the pressure off him, and this season will be a huge learning experience for him. Not all young players develop at the same pace or in the same way. There are steps forward, and some backward, it’s normal, and it’ll be interesting to see how he develops in that more central role.

Right, that’s about that for this morning. Remember, if you can’t see the game later on, we’ll have full live blog coverage for you. Simply check back later for a post with all the details or bookmark our default live blog page, updates will begin automatically.

The Arsecast Extra will be recorded for you tomorrow, obviously, and let’s keep fingers crossed for a good result tonight.