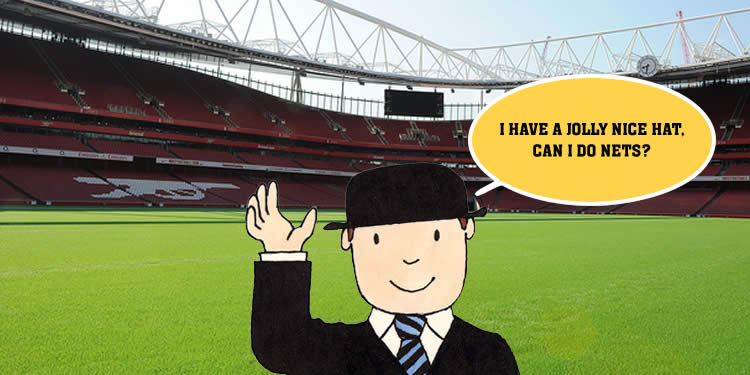 Good morning, a very quick Saturday round-up for you after what was a pretty dull press conference yesterday. Normally the build-up to a game against Man Utd would be a little more intense, but with the top four secured for both sides, the prize for victory is now just avoiding an early season qualifier.

If we win, we finish at least third, and even if we lose the game we have in hand on United means that if we win our final two games then the benefit of not having to play two legs in August is ours. It’s not quite what it used to be for either side, but maybe next year there’ll be more to it.

So, with the title, along with the race for the top four and two of the relegation places are all wrapped up, there’s little else for press to focus on except what might happen this summer. Already the silly season wheels are turning and I suspect it’s going to be one of those summers where it goes completely bananas. No World Cup, no European Championships, the Copa America and Copa de Oro are too far away to have a real impact, so it’s going to SWOOPS and BATTLES and STARLETS and agents and clubs fanning the flames like nobody’s business.

Even yesterday Arsene Wenger was asked about signing Petr Cech from Chelsea. Arsenal need a goalkeeper see. That’s the thing that’s the story. I mean, I’d be quite happy if we got an excellent new goalkeeper who was better than the ones we have, but I’m not 100% convinced we need one and even at that I’m not sure a guy who can’t get into Chelsea’s team is the right man. Maybe I’m alone in that, but there you go.

Again, just for clarity, if you can find a keeper better than Ospina and Szczesny, go for it, but I don’t think our inability to challenge for the title this season had much to do with either of them really. Anyway, as expected he was asked about Cech and if he might be interested. His reply:

I don’t deal with the ‘if’. We have world-class goalkeepers, we’ve got three (Ospina, Szczesny, Martinez).

I did notice some people get a bit bent out of shape over this particular quote, but it’s one of those where there’s little else he can say. We’ve got four games left this season, including a cup final in which he might pick his second choice stopper; he can hardly suggest that they’re all inferior to a bloke wearing a hat who can’t get a game for Chelsea.

He might need all three of them between now and May 30th, you just never know, so to say anything in public that might be damaging to their confidence would be daft. But let’s say that he does think that all three of them are worse than a bloke who wears a hat and can’t get a game for Chelsea and he wants to sign that bloke, letting the world know you think your keepers aren’t as good as that hat wearing chap doesn’t do much for your hand in the transfer market.

“No, we consider him a fine player and would want more than that.”

“But you said the other week he was worse than a bloke who wears a hat who can’t get a game for Chelsea. Fiver.”

So look, take him at face value or don’t, but there’s so much of what a manager says in public that could be at odds with his private thoughts. That’s not just true of Wenger, it’s true across the board. Whether we’re in the market for a keeper this summer or not, I have no idea. If the manager thinks the bloke in the hat is worth the money, then he’ll pay it – assuming that Chelsea will allow him to come to us and, also, that he might not want to go elsewhere in his career.

I think our money could be better spent this summer. Bar Szczesny’s do-lally day at Southampton, I don’t think either he or Ospina have been especially culpable for points dropped. Sure, they’ve had a couple of shaky moments between them, moments where they might have done better, but overall I don’t think it’s as pressing as finding the extra 15 goal a season player, or ensuring that we have the requisite depth in all areas of the pitch so that we can cope properly with injury – which is the thing that really had the biggest impact on this season for me.

Anyway, there’ll be plenty more of that to come over the next couple of months, but we do have a season to finish first so let’s get on with that.

Right, that’s just about that, other than to point you in the direction of this post which gives you details of some new Arseblog merchandise. There are various t-shirts and the long-awaited return of the *boilk* mug which does have magical properties* when filled with coffee the morning after a long night on the hooch.

To celebrate the launch there’s 20% off all t-shirts until next Friday, and the final few copies of the Together: the story of Arsenal’s unbeaten season are available at a small discount too (it was launched a year ago yesterday, time flies).

Right, have yourselves a good Saturday. Back tomorrow with a preview of the United game.