Firstly, let us behold Mr. Michael Owen, the Chester Chump, a man who cannot, it seem, predict which foot will tread after his left. An exceptional dullard, whose monotone mooings would send a sugar-crazed six year old into the very depths of slumber. This ex-Stoke scapegrace is to football punditry what John Terry is to racial harmony. We learnt this week that his Nostradamus like prediction for the English top division this year MMXIV/MMXV ran as follows:

You will see that he is correct for the first two. Even someone of Owen’s dunderheaded sensibility would realise that the financially doped clubs, Chelsea South and Chelsea North, would finish first and second this year. To third, then, where he has The Newton Heath Spare Parts Club. A club that Mr. Owen himself made 31 goal-hanging appearances for, tapping in five goals. So we should maybe attribute this lapse of judgment to a kind of misty-eyed admiration for a club that paid him far-too-many-guineas for three years and then allowed him a further payday for The Orcs. So we shall forgive him that predictive lapse.

We move to fourth spot now, and there we see Owen’s beloved Liverpool, restored to their rightful spot in the Champions’ League. What a wonderful giddy world exists in Mr. Owen’s head. A world in which Mr. Rodgers, the man who lectures others on class yet has a portrait of himself in his own home, is a latter-day Mr. Shankly, rather than a kind of comedy figure dreamt up by Mr. Sellers for a desperately unfunny and long-forgotten screwball comedy of the mid 1960s.

And there we are. Poor old Woolwich, all the way down in fifth. Preparing to mix it up with Europe’s minnows such as Augsberg and Groningen. “Although I have placed them at 5th I wouldn’t be at all surprised if they pipped Liverpool to fourth spot,” said the generous little barnacle. At least, in Owen’s mind, Spurs are nowhere to be seen, which is as it should be. Mr. Owen has remained mercifully silent on the matter of his predictions ever since the final whistle blew on the season. Yet all the signs are that we shall not be rid of this mewling scut next season, for British Telecom are to reward him with yet another contract to pour dung into our ears for yet another term.

We look ahead to tomorrow’s match up in the The Football Association Challenge Cup. It is the world’s oldest football competition, having been founded in 1871, some 94 years before Tottenham even became part of London. If we beat Mr. Sherwood’s Aston Villa, it will be bittersweet for him as an Arsenal fan, but it shall be as sweet as honey for us in the Church of Woolwich, for we shall become the most successful club in the long history of this competition with twelve wins, ahead of Newton Heath Spare Parts Club.

I steer clear of predictions (see Mr. Owen’s ill thought out nonsense above) but one cannot help but retain a scantling of hope that we can overcome the Midlands Measles. In fact, we should tear them asunder, kicking Mr. Benteke upon the breech, and make their whole sorry horde of fans feel as if they are lying in God’s acre by the end.

After the match has finished, we shall be staring into the summer void of nothingness. Of sitting under a tree and waiting for the fixture list to come out. 70 days bereft of soccer, with only the endless stream of transfer rumours to entertain us. The latest is that we are to lift our skirts toward Mr. Arthur Vittles of Notts County. He does indeed look a fine specimen: Sturdy, lightning quick, possessing great skill and not afraid of sticking a reducer on an opposing Herbert, we hope that he makes the journey down the A1(M) to London for next season. 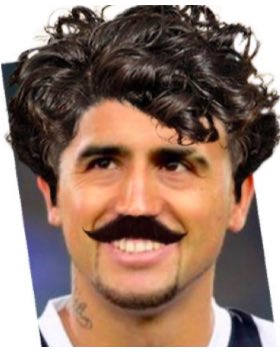 We few, we happy few, we band of brothers;
For he to-day that sheds his blood with me
Shall be my brother; be he ne’er so vile,
This day shall gentle his condition;
And gentlemen in England now-a-bed
Shall think themselves accurs’d they were not here,
And hold their manhoods cheap whiles any speaks
That fought with us upon Cup Final day.