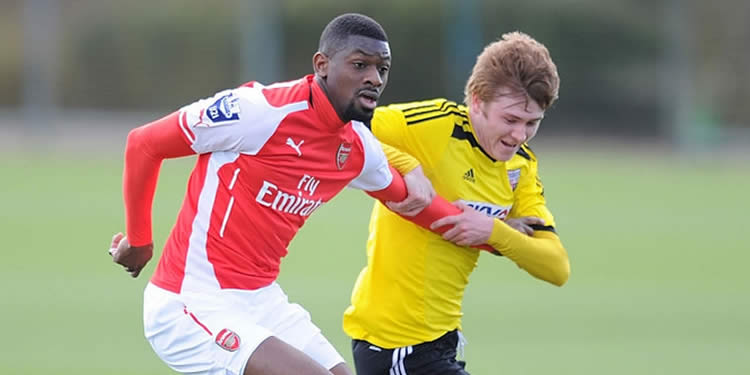 There shouldn’t be *boilk* on a Wednesday but there is and that’s just the long and the short of it. Takes me back to my youth, in fairness. The thing about then is that I was young and could deal with this kind of thing. Now, not so much, but still.

I didn’t see any of last night’s international football but there don’t appear to have been any maimings or knee banjaxings to our players, so that’s a good thing. Apparently Theo Walcott started for England last night but didn’t do particularly well and only lasted 55 minutes before being replaced by Andros Townsend – which is kind of like your wife leaving you for a shoe with some of those little glue-on eyes stuck to it.

I guess he’d have liked to catch the eye of Arsene Wenger in some way, but it’s hard to judge any player on internationals and given that it was a 1-1 draw I’m guessing it wasn’t exactly the greatest game of all time. Nevertheless, a good display last night would certainly have given the manager something to think about ahead of this weekend’s game with Liverpool.

My Walcott prediction: He will continue to frustrate both on and off the field. His contract situation will make more stories and there’ll be games that pass him by where he only touches the ball once (and he does that by accident) but he’ll pop up and do something very, very handy between now and the end of the season.

Meanwhile, there was good news on the injury front when it was revealed that Mikel Arteta, Mathieu Debuchy, Jack Wilshere and Abou Diaby (Abou Diaby, like a teleprompter 7 seven) all took part in a behind closed doors friendly with Brentford yesterday. Wilshere scored and got an assist in the 45 minutes he played, his first outing since that Man Utd chap tried to kick his ankle off the end of his leg back in November.

He had returned to training earlier but required a small operation to fix things up fully, and after four months out he’ll be glad of his return to the pitch. So too Arteta who has been missing since the end of November when another calf injury against Dortmund left everyone wondering why he kept breaking down. Turns out it was a nastily named ‘bony spur’ (probably prescient for when Man City’s latest signing flops up there and has to relocate to to White Hart Lane to replace Adebayor), which need surgery to fix.

He and Wilshere did 45 minutes each while Debuchy, on his way back after that Stoke fella pushed him while he was in the air and caused him to dislocate his collar bone, played for an hour. All of which is good news for us because at this stage of the season having as many fit and healthy players as possible is exactly what you need.

We’re at the point where a serious muscle strain or knee tweak (and we’re waiting on news of Danny Welbeck) means ‘Out for the rest of the season’ headlines. Not to mention those who have been carrying the burden in the absence of these guys might just be feeling the effects so having some fresh legs in the team will be a good thing.

I think, when he’s ready, Debuchy will come straight back in at right back, but Arteta and Wilshere have got a bit of a fight on their hands. I’m a big fan of the Spaniard and I think his calmness and experience is something we’ve missed in certain games but Coquelin has been playing well and this is a midfield that’s functioning far better than it was earlier in the season.

The same with Wilshere. Bar one game, against Man City at home when he was outstanding, his performances this season were pretty underwhelming. And that, for me, is the real issue with Jack’s season. You can’t castigate a guy for his injury record when he was on the receiving end of a horrendous challenge, and if you want to blame it on him for holding onto the ball too long then I think you need to put your head in a bucket of scorpions.

However, it’s how he plays that concerns me. How and where does he fit into this Arsenal midfield? It’s difficult to find a place for him right now and difficult to see where he’s going to carve out a position of his own. After the smoking incident and yet another injury absence, he’s got a lot to prove over the next couple of months and into next season. So let’s hope he’s fired up to do exactly that, because if he performs to the point where he’s playing regularly then it can only be a good thing for us in general.

And then there’s Abou Diaby. Last year his return to full training was announced on April 1st. Untimely, you’d probably say. Does he have a part to play between now and the end of the season? I’d say it’s unlikely, but you never know, and as for his future in general, I don’t think a new contract is really merited.

I have all the sympathy in the world for him after the injuries he’s suffered and the difficulties he’s had since that horrible injury. If you think that being well paid is sufficient compensation for having your career ruined, then you’re looking at it from the wrong angle. However, nobody can accuse Arsenal of not standing by him or giving him the chance to return and fulfill the obvious potential that he had as a footballer, but we have to be realistic.

He’s played 67 minutes this season. He played 14 last season. And despite some bad luck playing a part, that’s unsustainable. He can leave on a free this summer and in those circumstances I’m sure there’ll be clubs willing to take a chance if he can maintain some level of fitness. Playing yesterday will go some way to helping him to do that, so it’s all good with me.