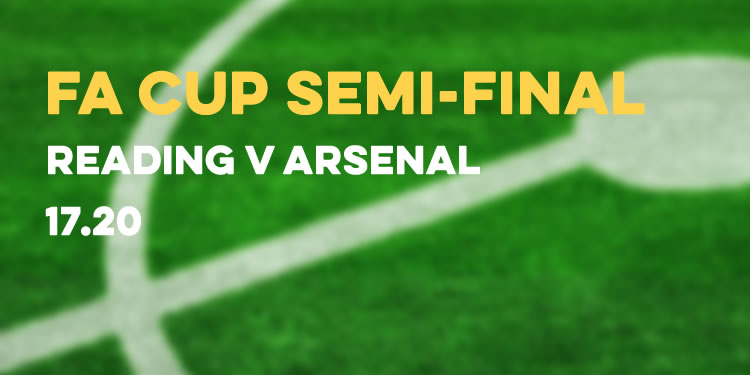 Here we are then, FA Cup semi-final day.

I know some people love the idea of a trip to Wembley but for me it’s only special when you’re there for the final. I mean, I understand why the games are held there now (££££) and why the kick-off time is 5.20 in the evening (£££££££££££), but it does take something away from the semi-final experience. Still, there’s no point complaining, it is what it is, and it’s much better to be in it than not.

The big question today is what will Arsene Wenger do in terms of his selection. Will there be some subtle tinkering with a team that has won eight on the trot? I suspect there might be, but as we touched on during the week there’s absolutely no good reason just to change things for the sake of change.

Goalkeeper aside I could see 2 or 3 changes at most. I suspect Danny Welbeck might start up front having been given the nod at Old Trafford in the last round. His goal was the one that saw us through to this game, and although Olivier Giroud has been leading the line with aplomb in the Premier League, I think the manager will want to give the England man a game.

It’s far removed from this time last year when he chose to rest Giroud in order to play Yaya Sanogo, a young man who had yet to score a goal for us at that point. This time the need to give Giroud a break isn’t as great as it was last season, but Welbeck provides a much more reliable option. He has 14 goals for club and country this season, including 4 at Wembley during international games, so it wouldn’t surprise me at all to see him start.

I wonder also if he might view the full backs as areas he can tinker with without affecting the balance of the team too much. The two Spaniards, Hector Bellerin and Nacho Monreal, have been fantastic and if it were up to me I’d stick with both of them, but it’s possible that he might use Gibbs and Debuchy, assuming the Frenchman is fit enough to make the squad.

But really, there’s no need to alter things too much. It’s very much a case of if it ain’t broke, don’t fix it. We’re playing well, winning games, looking solid defensively, relatively potent in attack, and there are no issues of tiredness and fatigue. Burnley last weekend gave us 7 days to recover, Chelsea next weekend is 8 days away. We don’t have an eye on a midweek fixture or anything like that, so let’s put as close to our best team out there as possible and look to do the job as efficiently as we can.

Obviously comparisons have been made between this game and the Wigan one from last season. Arsenal were clear favourites playing lower league opposition, and as we all know it was a game we came within 8 minutes of losing, and opening a door marked ‘MAYHEM’. I think it’s right and proper that we keep that game to the forefront of our minds as we go into today’s fixture, we can’t make any assumptions based on relative league positions.

However, there are differences between then and now. Then, the pressure was really on after a title challenge had fallen apart off the back of some demoralising, embarrassing, and extremely heavy defeats. The FA Cup was a lifeline, something to rescue our season with, and there’s no doubt the weight of that played a part in the Wigan semi-final (and, indeed, the final itself).

This time around we’re coming into this game having won eight in a row, and having won 23 of our last 28 games in all competitions. Our form has been improving steadily. Champions League disappointment aside, we haven’t fallen apart. Instead, as the season has gone on, as relationships on the pitch have improved, and as player availability has brought about a truly competitive squad, we’ve got better.

We should be confident going into this one. The way we’ve been playing, the goals we’ve been scoring, and the the development of the team itself means that anything less than victory today would be a massive shock. Despite how well we’re doing in the league, the cup remains our only chance of silverware this season, and this group of players, having won it last season, will be desperate to retain the trophy.

As I said, we won’t be taking the opposition for granted in any way, but there’s enough quality, experience and depth in this team to get the right result and to set up another Wembley date for the end of May.

Ahead of the game, some FA Cup semi-final facts and stats to get you in the mood. Now, we just have to wait around all day for the game. Twiddling our thumbs. Biding our time. And possibly drinking a beer or two before kick off.

Remember, if you can’t see the game you can follow it on the Arseblog live blog. Or even if you can see the game, you can follow it as many others do and chat with fellow fans at the time. Simply check back here for a post with all the details later, or bookmark our default live blog page and updates begin automatically. It also works perfectly with mobile, tablet, smart loo and everything else.

Right then, fingers crossed for later. Catch you for the game.