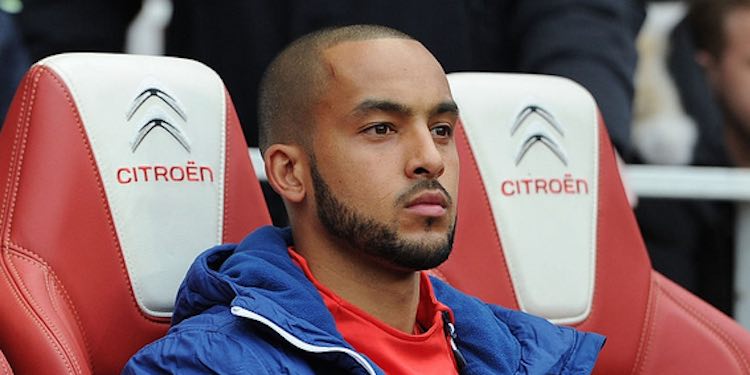 Greetings from Norway. Or, as they say in Norway, ‘Greetings’, because everyone here speaks English which makes it very handy indeed.

There doesn’t appear to be a lot going on other than a story about Theo Walcott’s contract talks which will, according to various reports, begin in the next two weeks. This is after it was made known that he wouldn’t begin talks until the end of the season, but perhaps all that time to think on the bench has made him reconsider the situation.

His last appearance was on March 17th, when he came on as a sub against Monaco as we looked for that one extra goal which would see us through. His last start was in the home game against West Ham a few days earlier. He’s been an unused sub for the last three games and he failed to get on at Old Trafford in the FA Cup when he was stripped and ready to replace the stricken Alex Oxlade-Chamberlain.

There was a sign of things to come when Arsene Wenger decided that Aaron Ramsey was the man to come on instead, and with the Ox still sidelined, it must be especially hard for Walcott to see a central-midfielder deployed wide right while he sits twiddling his thumbs on the bench.

It’s fair to say he’s well and truly out of favour – and with the team on a run of wins, and looking solid from front to back, it’s difficult to see how he gets back into the team. What would be interesting is if Oxlade-Chamberlain were fit now. Would he get the nod over Ramsey on the right, and what would be the significance of that for Walcott?

I know we’ve been down this road before but my feeling is that the manager prefers a more rounded option at the moment. We know Walcott can deliver in the final third, but he’s suspect defensively and often lets games pass him by without being involved. I also suspect the game against Leicester when he made just six passes has had an impact on the manager’s decision making.

He scored that day, but otherwise just didn’t contribute anything to the way we played in a game which was tighter than we’d have liked. Since then his appearances have dwindled to the point where he’s not involved at all anymore. He’s become a Goldilocks player, where everything has to be just right for him to play.

If it’s a tough away game, you don’t pick him. If we’re hanging onto a one goal lead in a game, you don’t put him on. If we’re facing top class opposition, you need somebody more involved. You do pick him when you’re playing mediocre teams at home, or you throw him on when you desperately need a goal because he has this ability to get you one even when he’s peripheral. I mean, do you play him this weekend in an FA Cup semi-final with so much at stake?

So, it’s interesting to hear now, and obviously from the Walcott camp, that there’s a willingness to talk about a new contract. It’s almost as if a perceived position of strength – what with him having just 12 months left on his deal come the summer – isn’t quite as solid as they thought. And as ever with stories like this that leak to a number of newspapers at the same time, it’s well considered.

Agents and players use the media as part of the negotiating process in order to have some control over the narrative if things go a particular way. Like being able to make one side look like the bad guy if things don’t go the way fans might expect. To be fair, clubs do it too, so it’s all particularly murky.

My gut feeling on this one remains that unless the club get exactly what they want from this negotiation, then they’ll let him go in the summer. If Walcott wants assurances over playing time rather than money, that’s a tremendous outlook for him to have after holding Arsenal over a barrel to become the highest paid player just a few years ago [Man, we really need a sarcasm font]. We’ll see how it all plays out.

Meanwhile, somebody who would have been considered a potential rival for that right-side position, Serge Gnabry, has spoken about his return from injury. He’s been out since March last year, his last appearance was in the Champions League away at Bayern Munich, and for a young player who looked like he was making genuine progress that’s going to be seriously detrimental to his development.

He might also go away with the U21s this summer, so that would be a good way for him to find some form/fitness again ahead of next season when, depending on what happens this summer, you might think a loan move would be on the cards.

Finally, did you hear Hector Bellerin can run 40 metres in 3 seconds? He’s also capable of long-jumping 178 feet, he can toss the caber further than Geoff Capes and if you put him in a swimming race with a shark he can beat the shark because he’s a boy who can swim faster than a shark. It’s all true.

Right, time for me to do stuff. Until tomorrow.