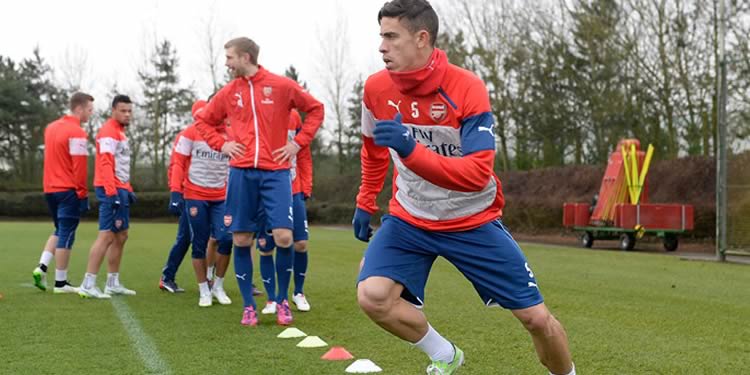 The good thing about this week is that we have another game almost straight away, which will allow us – assuming we get the right result – to move on quickly after Saturday’s disappointment.

It’s very tight at the top of the table. Leaving aside Chelsea there are just 7 points between Man City in second and Arsenal in sixth. It’s three points to third. Margins are super tight this season. There are some interesting midweek fixtures too with Sp*rs travelling to Anfield and Southampton hosting in-form West Ham. There’s room there for point-droppery and we have to make sure that we don’t get involved in that.

For a while yesterday it looked as if we’d be facing a team who had just sacked their manager. I realise I don’t have the same info for other clubs, but it’s something that seems to happen to Arsenal far more than anyone else. A manager gets fired and the next game is against us.

However, after stories emerged that Nigel Pearson had been given the chop because the club lie bottom of the table and he tried to asphyxiate an opposition player at the weekend, those stories were played down last night with a statement to the contrary. Odd stuff indeed and if that has a negative effect on their preparation for this particular game, all the better. I’ll take every little bit we can get.

As for tomorrow, I wonder if we might see some changes from the manager with just three days between games. You could easily see Theo Walcott (hopefully after some serious practice on his first touch) get the nod because we’re at home, while it wouldn’t surprise me at all to see Olivier Giroud drop to the bench. Not because he was poor against Sp*rs, but because he spent most of the game limping around on a bad ankle, made worse by this spiteful foul by Fats McBlubber, their chunky left-back:

When you consider Rose got away with kicking the ball at Welbeck after the half-time whistle, this would have been a second had decent officials been in charge of the game, but obviously that’s the exception rather than the norm in the Premier League these days. That foul didn’t merit a booking to a referee who was fooled by Rose propelling his Falstaffian frame into the air under the slightest pressure from Welbeck, so I don’t think we should be surprised.

I mean, look at the linesman staring straight at Rose’s studs up challenge on the back of Giroud’s Achilles. How could he possibly have seen it in the hustle and bustle of a North London derby? It’s such a tough job for the officials to make sense of things they see with their own eyes. Oh we should all walk a mile in their shoes before we criticise.

Anyway, the point is I think after all that Giroud might be kept on the bench so as not to aggravate any aches and niggles that might have been inflicted on him by fat blokes who should have been sent off but weren’t.

Can we make changes in midfield? Aaron Ramsey didn’t have a good game on Saturday, and maybe against Leicester you could use Rosicky or even Cazorla more centrally, with Ozil moving to the more creative ‘number 10’ position to bring Alexis back on the left-hand side.

The other question is what happens at the back? Part of the reason a central defensive signing was so necessary in January is that Laurent Koscielny’s Achilles problems are ongoing. They’re clearly not as big an issue as they were a few months back, but I think part of that is because we’ve had plenty of rest between games – almost a full week for the last month or so.

Now though, with a game tomorrow night, a game at the weekend, and Champions League looming later this month, comes the part where we need to manage him to make sure he’s ready for the biggest games. It strikes me that Leicester would be a decent opportunity to hand Gabriel a debut.

Taking nothing for granted, a home game against the bottom side is a decent time to bring him into the team so he can get that first appearance under his belt. He’s been training with the squad for a few weeks now, the lessons in defensive lingo are, I’m sure, well and truly underway, and it’s important that we get him incorporated into the team sooner rather than later.

Not only would it allow us to rest Koscielny, it adds that little bit of extra competition in the squad because I’m sure the player himself isn’t here to play second fiddle to anyone. If he performs then he gives the manager both the assurance of an extra option and also a player who should push Mertesacker and Koscielny for a place in the team.

There’s definitely some scope for changing the team a little bit to help ensure that we do bounce back from what happened at White Hart Lane. No doubt we’ll get more on that throughout the day.

Right, that’s about that, but we will have an Arsecast Extra for you this morning. James is back from his trip so we’ll have the joy of being in the same time zone and, all going well, our old friend Beepy the Lorry.