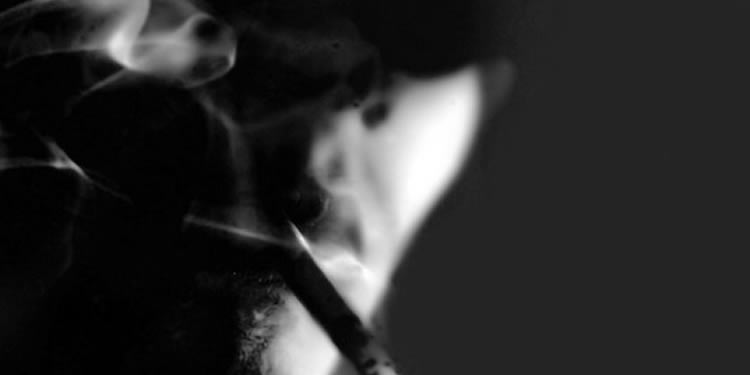 Let’s hope today we can start talking about football again, because as nice as the world is without Arsenal related drama, it’s also a little bit dull. So much so that we have another Jack Wilshere smoking extravaganza to pass the time.

A photo emerged this week of Jack standing in a nightclub, staring into the camera, with a shisha pipe in his hand. Apparently it was uploaded to somebody’s Instagram at the weekend and quickly deleted, but the Internet being the Internet somebody had saved it before the deletion and here we are.

I was told around the time of the Szczesny smoking thing that it wasn’t uncommon that certain players were partial to a cigarette – generally though they didn’t spark up in the dressing room after a miserable 2-0 defeat. If a player wants to smoke in his own time, in his own house, there’s very little anyone can do about it.

You would like to think that top level athletes would realise that it’s not the best thing in the world for them to be doing, but footballers are young men and young men can be a bit thick sometimes. That said, I don’t think you need to be Einstein to figure out that smoking will have a debilitating effect on you. Even if it’s just a little bit, it can be enough to make a difference.

It’s not the worst thing in the world, many great players have enjoyed a smoke down the years, but these are different times and standards of fitness and health have changed a lot since Johan Cruyff guffed down half a packet before the World Cup final. And it’s also not the first time Jack has been involved in a smoking incident.

For me though, the biggest crime isn’t smoking, it’s that he wasn’t smart enough to just put down the fucking pipe when someone was taking his picture. He must know that there’s every chance said picture could be uploaded to Instagram, Snapchat, Facebook, PicTwat, Photosplodge, DigitalQuim, Lensmickey, Zoomfiddler, SportClam, or any of the other countless ways pictures have of making their way to the Internet.

There’s a simple guide to this:

Have your picture taken while making a ridiculous Zoolander-esque face while standing alongside some pretty ladies? YES.

Have your picture taken while making a ridiculous Zoolander-esque face while standing alongside some pretty ladies but doing something you should be seen doing? NO!

Maybe he should get that tattooed on the inside of his arm so he can refer to it in the future. Like when we’re having the team photo done he can chuck his can of beer and packet of John Player Blue behind the benches. Anyway, it’s good that Arsene Wenger’s next press conference will be dominated by talk of Jack Wilshere and his extra-curricular activities – you can count on our lads to ensure that there’s always a ludicrous talking point in a quiet week.

Anyway, while people will speculate on his future, ultimately that will be decided more by what he does on the pitch than off it. But you do have to ask if what he’s doing away from football is giving him the best chance to become the player we’d all like to him to be. Right now he’s at a fantastic club with great potential, but it doesn’t take much to end up as a slightly bigger fish in a much, much smaller pond.

Meanwhile, Per Mertesacker has hailed the signing of Gabriel and the competitive atmosphere within the squad now. He said:

From my point of view, it is very promising because we were short at the back, especially in the centre position. We suffered a lot and had to change so many positions. We have that competition in our team and have an addition with a centre-back now, so I think we have a deep and good squad at the moment.

It’s hard to see the Brazilian making his debut at White Hart Lane, but in the very short-term he serves the dual purpose of allowing us to rest Koscielny for less intense fixtures, meaning his Achilles don’t snap like an old rope, but also to put pressure on Mertesacker and Koscielny to maintain the level of performance they’ve shown over the last month.

I could be wrong, but I think Gabriel is the most expensive defender Arsene Wenger has ever signed (update: thanks to @robhelsby for reminding me of Calum Chambers!). At 24 he’s certainly one with plenty of years ahead of him and while neither of the other two are anywhere near over the hill yet, they’re at an age when you have to at least consider how you’re going to shape your team into the future.

It’s also interesting that this seems to be a squad that welcomes competition, rather than fears it. Some players love their clubs to sign new players, just not in their position, but that doesn’t seem to be the case here. What it should do is motivate everyone to play better because they know they either have to work hard to get back in the team, or work hard to stay in it.

Maybe thinking you’re firmly established as the first pick in your position can have an effect, even subconsciously. Maybe even more overtly – would a player who is anything other than utterly comfortable and assured of his position smoke a cigarette in the dressing room? If you were keen to impress, chances are you’d ensure your bad habits (if you had them) weren’t witnessed.

Of course there’s always the worry that an injury or two might skew the balance a little bit, but right now it feels like we’ve got a squad that’s competitive on the pitch and on the training ground, so long may it last.

Right, that’s that. Back tomorrow with an Arsecast and all that entails. Until then.