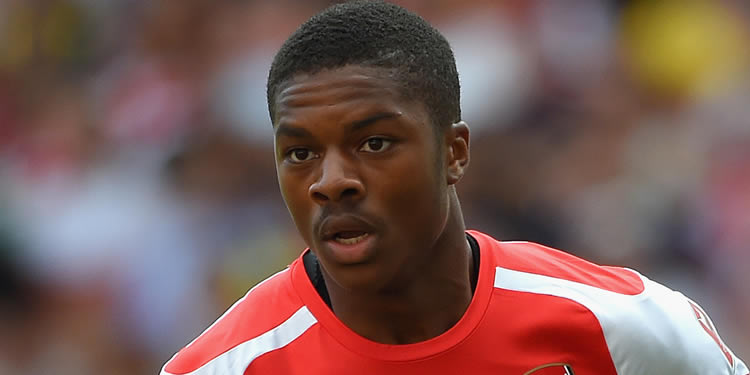 You know when there’s a hurricane and there’s this bit in the eye of the storm that’s super calm? Wouldn’t it be cool if there was an eye of a calm where, in a really small space, things just went berserk?

Obviously it wouldn’t be good for anyone in it, but that would just make nature a bit more exciting. My point, such as it is, is that we’re in a period where everything is very relaxed. Five wins in a row means that we go from one game to the next without crisis or drama, and considering we’ve got a North London derby on Saturday it’s all very chilled out.

The most obvious thing going this morning are reports that young striker Chuba Akpom has agreed a 4 1/2 year deal to stay with the cub. It’s good news, if true, but also represents something of a turnaround. A deal has been on the table for a long time but it remained unsigned and the feeling was that the player wasn’t going to commit.

When you get to a period when negotiations can legitimately begin with clubs abroad and, perhaps less formally, with clubs in England, it’s usually for a good reason – the player is likely to move on. Now, I don’t know what’s gone on to change things exactly. Perhaps the persuasive powers of Arsene Wenger. Perhaps the fact he’s been given some playing time recently and gotten a taste of what it’s like to play for us. An improved offer? Maybe a combination of all of those things, but it’s certainly something of an about-face if it does go through.

Maybe Akpom has looked at players like Hector Bellerin and Francis Coquelin who, at the start of this season, looked to have little chance of making a first team impact. Yet injuries to Mathieu Debuchy gave the young Spaniard a chance to stake a claim for his place, and when all our midfielders were banjaxed at the same time, Coquelin came out from the cold at Charlton to make himself a first team regular – and an important part of the team – in just a matter of weeks. For all the talent, application and ambition, sometimes you just need circumstances to go your way.

Until now, Akpom’s reluctance to sign is quite understandable. He sees his path to the first team blocked by Olivier Giroud, Danny Welbeck and Alexis. Maybe even Theo Walcott too. That’s a lot of established talent to compete with and if he wants to play regular football then he’s going to have to be patient.

He could go somewhere else, a lesser club, and play more often. He need only look at Benik Afobe for an example of how to do that. He went to League One MK Dons on loan, scored lots of goals and got himself a permanent move to Wolves in the Championship. If he keeps scoring goals then he’ll find himself a Premier League club at some stage, if he doesn’t win promotion with his current team.

The key difference is that Akpom is almost a couple years younger than Afobe. He’s got more time on his side, and there’s a lot to be said for continuing your football education at a club like Arsenal with great players around you and a manager who has nurtured young talent and young strikers perhaps better than anyone else. If there’s impatience to play, it has to be viewed in a longer-term context.

I suppose what we don’t know too much about are the pressures put on young players by those around them. Agents, for example, who might advise a move in the summer for reasons that are more financial than football. Has Akpom had the right guidance to ensure his talent is prioritised over his short-term earning potential? Sometimes I think we forget how young these guys are, and just how big these decisions they have to make are.

So, assuming he does stay and sign on, what’s the next step? His recent spells in the team have come because of injury to Welbeck and Alexis. When both of them are fit the best he can hope for is time on the bench. For all his promise, it still feels like the best thing for him would be to go on loan somewhere to get the regular football he needs to develop properly. It’s clear he’s gone beyond youth level, but is still quite raw in first-team terms.

Securing him on a new contract is a show of faith in him by the club, and a way of ensuring that should things go well we don’t let a talent slip through the cracks. It’s also business. That if he doesn’t quite become the player we thought, then there’s some financial compensation when we decide to let him go. At 19 there’s all the potential and ambition in the world, but so few of these highly thought of young players make the step-up.

It’s particularly true of strikers. I think everyone would love to see a young forward come through the ranks and become a goalscoring hero in red and white. It’s been far, far too long since we had one. Candidates from down the years, who have banged them by the bucket-load for the youths and reserves, have never been quite good enough to do it for the first team.

Maybe Akpom is that guy, but there’s a long way to go before we can make any definitive judgement. In the meantime, if he signs a new deal, works hard, stays focused, and takes his chance when it comes, he’ll be in the best possible place to make that dream a reality.