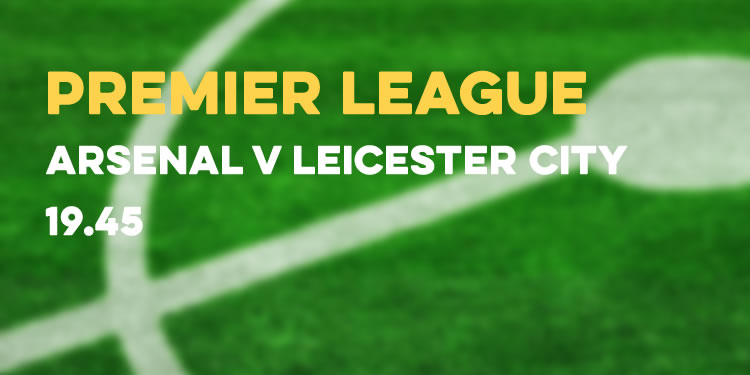 Premier League action tonight as we take on Leicester City at home, looking to bounce back from Saturday’s defeat to Sp*rs.

Team news is that Alexis is back with the manager comparing him to Ian Wright because of his enthusiasm and the way he plays the game. Perhaps it’s lucky that Kaspar Schmeichel isn’t playing for them tonight.

Admitting that if it had been the last game of the season he’d have risked the Chilean against that lot at the weekend, the manager hoped that the little break he’s had will see him through until the end of this campaign (his last full game was against City on Jan 18th while he played about 20 minutes of the FA Cup game against Brighton):

For us it is important that he has no setback as once you go into February, if you have a muscular injury and a guy has a setback, you say bye, bye as the season is over as it is six weeks out. By the time you come back to your full level it is April and that is why we didn’t take the gamble. He has had a bit of a winter break now that he didn’t really want, but he got one and I think he will now be recovered and fit until the end of the season.

Let’s hope so. It’ll be interesting to see if he comes straight back into the team tonight or if he’ll be eased back in from the bench. We’re not short of options now with Walcott and Ozil fit again and Danny Welbeck back from his spell on the sidelines, so we’ll see how the manager puts his forward line together tonight.

Further back, the midfield might get a bit of tinkering, or he might feel as if giving Ramsey a chance to get back on the metaphorical horse might be a good idea. Tonight’s opposition does allow for a little more scope to change things with Rosicky capable and he could use Santi in there and shuffle Ozil more centrally.

But in general terms Ramsey is the best option we have for that role ahead of the more defensive midfielder. The only other real option, a duo of Flamini and Coquelin, seems overly cautious for a home game against the team at the bottom of the table.

We’ll see. At the back there is room for a change or two, but again I wonder if perhaps keeping the same back four and keeper would help them put Sp*rs behind them. All the same, it’s a nice situation to be in that we can genuinely consider realistic changes that, while not seamless, are certainly feasible.

I had forgotten the FA Cup game on Sunday, a fixture in which the manager is much more likely to swizzle his team around, and it might be then that we see the likes of Gabriel, Chambers etc.

As for tonight, we need to see a response. The disappointment of losing against Sp*rs was made worse by the fact we went into the game in such good form and came nowhere near to replicating that. It felt like we were on the up a little bit so it’s important that tonight we don’t let what happened at White Hart Lane affect the confidence in any way. I’m hoping for some serious backlash.

With Sp*rs and Liverpool playing tonight too, someone (hopefully both) is going to drop some points, so we have to make sure that we do the business. And as it’s so very, very tight this season, if we can improve our goal difference – which is already way ahead of both of them – then that would be no bad thing either.

All the same, there’s a danger in underestimating any team in this league. We know from experience earlier this season that Leicester can be tricky opponents as we came away from their place with a single point when everyone had expected all three. Whether the behind the scenes stuff in terms of their manager has any effect, positive or negative, remains to be seen, but if we play like we did against Villa, we should have far too much for them.

If you didn’t yet get a chance to listen to this week’s Arsecast Extra we discuss the derby, as well as both Aaron Ramsey and Jack Wilshere in some depth. Check it out here.

And going way behind the scenes, some interesting stuff as the club investigate and consider a new type of artificial grass for the redevelopment of the Hale End Youth Academy.

Right, that’s about that. If you can’t see the game later we’ll have full live blog coverage of it for you. Simply check back later for a post with all the details, or follow @arseblog on Twitter to get updates when the post has gone live.