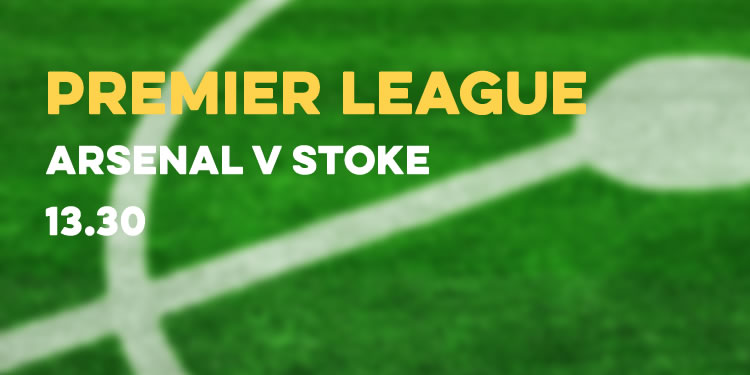 It’s a little over a month since we last played Stoke and it’s fair to say that what happened that day was not our finest hour (or 90 mins) this season.

3-0 down, it probably should have been 4-0, but we scored twice to give ourselves hope before a harsh red card for Calum Chambers ensured the points would remain in the shadow of Mount Doom. Away we tend to find it tough going against Stoke, and while it’s not always easy at home, our record is very different.

Last season Ramsey, Mertesacker and Sagna got us the points in a game I watched very early in the morning in New York; the season before that it was a late, deflected Podolski free kick which secured a 1-0 win; the one before that was a 3-1 win; and in 2010/11 Sebastian Squillaci’s most memorable contribution in an Arsenal shirt came when his goal was enough to see them off.  Whether that gives us confidence for today or not I don’t know, but it does always feel like a different game at our place.

While the biggest question mark over today’s team selection is who will play in goal, it’ll also be interesting to see what the manager does up front. Olivier Giroud is back from suspension and I think he’ll come straight back in to lead the line, and it wouldn’t surprise me if he was flanked by Alexis on the left and Theo Walcott on the right hand side. The England man didn’t have his best game in the FA Cup game against Hull, but the minutes will have done him good so if he does play we should look to see more from him.

The lightning pace either side of a striker who can hold up the ball well and drop deep to lay it off could be a feature of the way we play now that we’ve got Walcott back, but Theo needs to be more involved than he was on Sunday. Making runs in behind the defence are great, but he’s got to be interested in possession too.

Midfield is also interesting. The return of Ozil to the squad won’t impact today’s starting line-up as I’d imagine he’ll start on the bench. He’s only had one full training session, and Santi Cazorla’s form means there’s no need to rush him back, but who plays behind today? If Ramsey is available he’s going to start but then who is the lynchpin – the fit again Flamini or Francis Coquelin who has played very well in recent weeks, doing everything Flamini can and more?

If it were me I’d stick with Coquelin, but we know the manager likes experience and against a team like Stoke that could be important. Nevertheless, the Frenchman played at the Sauron Arena back in December and we know how that day went. Not that it was all down to him obviously, but it’s not as if he’s ever been a vital cog in the machine this season. It feels like Coquelin has done enough to keep his place.

Then there’s the decision between Ospina and Szczesny. As I wrote earlier in the week, I’d play the Pole in goal. Yes, his performance against Southampton wasn’t great but it was atypical of his season despite the slightly hysterical reaction to it. I think the only reason to go with Ospina is if Szczesny’s post-match dressing room antics were so bad they merit further punishment than the fine he was handed out.

Even if there was an apology accepted by Arsene Wenger, fining a very rich man money he can afford to give away is rarely effective chastisement. Losing your place in the team is, so if we see the Colombian today it’ll be for disciplinary, rather than performance, reasons in my opinion. And if that is the case it’ll be interesting to see how he gets on against a team like Stoke. The addition of ball-playing quality like Bojan gives them something previous iterations didn’t have, but it’s hard not to imagine them playing to their strengths and testing the Arsenal defence with high balls and lots of crosses.

West Ham tried that recently but good defending and extremely assured goalkeeping from Szczesny thwarted them for the most part. At just 6′ Ospina concedes 5 inches on Szczesny and against a team with good aerial presence like Crouch that might be a factor, but I guess we’ll find out soon enough.

The importance of a win today can’t be understated. Three points would take us above Sp*rs who lost yesterday, and level with Southampton who play Man United (a point further ahead) later on this afternoon. 2015 in the Premier League got off to a poor start on the south-coast and with a trip to Man City next Sunday, we really need to get ourselves back on track today.

As always we’ll have full live blog coverage of the game for you. Simply check back later for a post with all the details or bookmark our default live blog page and updates will begin automatically.

Wenger has a good selection headache + Alexis up top