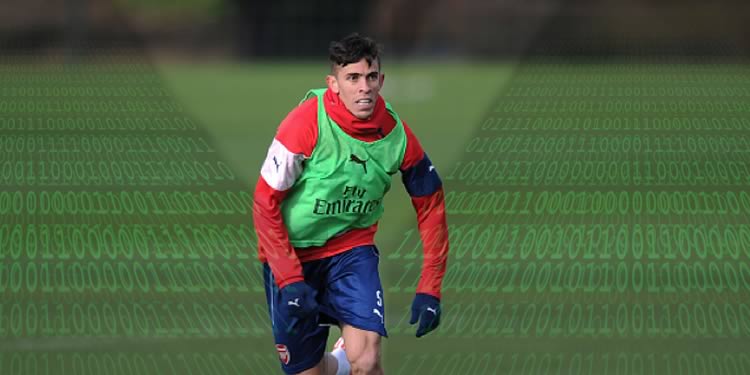 Morning all, a quick Saturday round-up for you, as having to get out of bed into the cold this morning was thoroughly unpleasant and now I feel most grouchy.

First things first and the manager says he’s unlikely to risk Alexis Sanchez tomorrow because of his hamstring strain. Sensible stuff really, but I can’t be the only one envisaging Ron Vlaar and Philippe Senderos skipping gayly through a field, full of joy, singing ‘La la la la la’ because the idea of having to deal with someone that fast and that good was giving them turtle’s tails.

Nevertheless, you’d like to think Villa is a game we could cope without him, especially with Ozil and Walcott back, Santi rested, Rosicky resurgent and Giroud playing like a football stallion (I’m sensing a theme to this blog). It would be foolish to risk losing him for more difficult encounters, and I suspect the manager might have to put his foot down a bit.

We know the Chilean loves to play. He’d hop into the training ground having been set upon by a gang of ruffians, holding his amputated left leg in his hand and declare himself ready for action. So even if the test on Saturday doesn’t produce anything too scary, I hope we might just, for once, make absolutely sure.

As for accusations that this injury is because he’s been overplayed, well, there’s no doubt he played through the Christmas period when he’s not used to that, but he played 20 minutes v Brighton, and in the last couple of week it’s been 90 minutes with a full seven days between games.

We’ve had plenty of rest between fixtures recently, so it’s not as if it’s been an every 3 day schedule. I’m sure there’s some accumulated fatigue for footballers in general but I think we’ve discovered that tired does not apply to Alexis (I heard he only needs 8 minutes sleep every 72 hours). Anyway, let common sense prevail tomorrow and he’ll be itching to go against that lot next week.

There’s also some interesting stuff about how the data analytics company we bought in 2012 helped with the signing of Gabriel. From what the manager said, it looks like they set some parameters, let the database make suggestions as to the players whose stats fulfill the criteria they were looking for, and then they went and scouted him in the traditional way.

We look at interceptions, defensive errors, winning tackles, and what we call tackles is committing to win the ball. Set piece receptions, these kind of things, but the most important thing is through the eye.

Does this system find players for us? That is what we look for, of course, because it is difficult to watch all the games. But what I mean is that if the numbers confirm the eye, it gives you more.

It makes perfect sense that in this day and age you would use stats, not to make a decision outright, but to help identify targets or, indeed, to back up (or disprove) what you see when you watch a player in the flesh. There’s so much data available now that it would be bordering on negligence not to use it. When you see the cool radar stuff that Ted Knutson puts together, it’d be a foolish football club that didn’t use all the information possible as part of their recruitment process.

All the same, it’s got to be a combination of the two things. Buying a player based on his stats alone would be madness, as would just watching him (unless the talent was so obvious and outstanding you were bowled over). Wenger said:

We have our own system with qualities we think are important. After that, you have the attitude of the player. Because you can have good stats for a while but if you go out every night until six o’clock in the morning, it won’t last.

The stats do not include nightclubs attended, pints swilled, Manhattans quaffed and how many times you got less than 2 hours sleep before a game because you were up all night to get lucky with some fancy lady. So there’s always going to be a human element to it, but that we’re embracing more of the analytical side is a good thing.

I suppose the comments are also interesting after comments last month from Gilles Grimandi, who definitely seems a more ‘traditional’ scout. He raised questions about the usefulness of some of the stats, and while he might have a vague point, I think the idea that young players are playing in such a way that they’ll become statistically more attractive, at the expense of actual footballing effectiveness, is a bit far-fetched.

I also enjoyed the bits about the language barrier the new boy is facing. He doesn’t speak any English, so the manager said:

We try to teach him the important words. Like ‘Offside.’ And ‘Look at the linesman!’

And in the age old style of football clubs I’m sure they’re teaching him that phrases such as ‘Hello, my balls are mighty!’ is a traditional English greeting, but after 18 months in Spain I’m sure his Spanish is more than reasonable and we’ve got loads of Spanish speakers to help him settle in and learn the important lingo.

Right, back tomorrow with a preview of the Villa game, until then have a good Saturday.