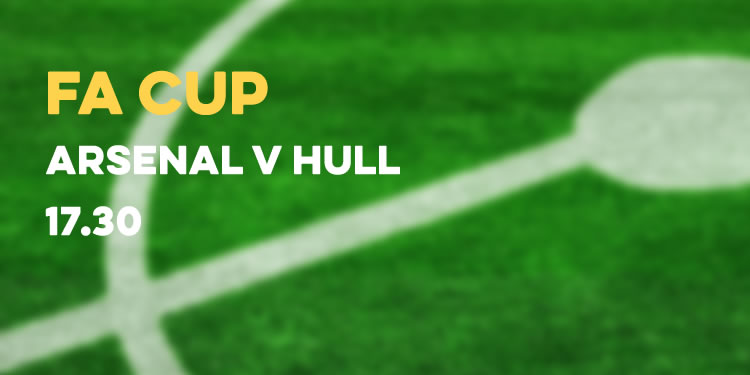 Morning, a very quick preview of what is a hugely important game. Just like last season, but earlier in the campaign than that, the cup now represents our most realistic chance of a trophy.

Last January we were top of the table by two points and while there was always realism, there was also that hint of expectation raised by what had been a consistent team playing pretty well. As we know the title challenge fell apart over the next couple of months and by May we were left with just the cup. Nice consolation, for sure, but having reached those heights in the league, the pressure to achieve something in May was immense.

We did it, in the most Arsenal way possible, and it’s somewhat ironic that the first team we face in our defence of the famous old trophy is Hull. Beaten that day in extra-time, having gone ahead and almost out of sight before the game was 15 minutes old, we inflicted some amount of hurt on them that day. It’s easy for us to remember it as a fun day out but the other side of the supporting coin was their pain (not anything I’m concerned about, but it must serve as some motivation for them today).

We’ve met since in the league and that day, and that performance, was one which really got people worrying about this Arsenal side. We were 1-0 up, got hauled back, conceded 20 seconds in the second half and, in the end, had Danny Welbeck to thank for an injury-time equaliser. But the lack of impetus and drive in that second period was a genuine concern. We huffed and puffed but looked like old men playing through an asthma attack. There was no drive, no creativity and the equaliser was due in no small part to the brilliance of Alexis Sanchez whose determined run set-up Welbeck.

After the dismal showing at St Mary’s it’s somewhat worrying that we are probably going to have to play today with much the same squad. At his pre-Hull press conference, which took place immediately after his post-Southampton press conference, Arsene Wenger thought it would be the same 18 players with nobody back from injury. There will be a change at goalkeeper, with Ospina coming in for Szczesny (a move planned well before the Saints went marching all over the Pole), and he did suggest that there was a small chance for Flamini and a smaller chance for Mesut Ozil, just returned to first team training.

So, there’s not much he can with the personnel he can select, but he can certainly alter the way he selects them. The most obvious option for me is to play Theo Walcott on the right hand side, moving Alex Oxlade-Chamberlain back into the centre of midfield with Calum Chambers dropping to the bench. The young man found it a bit of a struggle there against his old club. Beyond that, I can’t see him giving Joel Campbell a game, for example. If he doesn’t trust him with 10-15 minutes at the end of a game we’re losing, why would he start him today?

In the absence of Giroud, Sanogo and Welbeck, and now Podolski of course, could he hand a start to 19 year old Chuba Akpom as our centre-forward, with Alexis buzzing off him starting from the left? It would be a lot to ask of the young man, and I think that might depend on how fit Tomas Rosicky is. If he’s not ready to play again after the game at St Mary’s then the manager’s hand might be forced, but otherwise I guess it’ll be the increasingly tired looking Chilean leading the line.

Our form, as we well know, has been hot and cold this season. Or lukewarm and cold, I don’t think we’ve ever had a sustained period of good form during which we’ve played well consistently. Going into the Southampton game we’d been 5 games without defeat, the early building blocks of a decent run, but once again pressed the self-destruct button and we’re back to square one again.

Today the pressure is well and truly on again. The list of absentees looms large over a squad which has got to find a way to cope, and against opposition who will be well and truly determined to get some payback for what happened in May. I don’t think this is going to be an easy one by any means.

We will have full live blog coverage of the game later (kick off time 17.30 – which is a bit rubbish), so check back for a post with all the details or bookmark our default live blog page and updates will begin automatically.