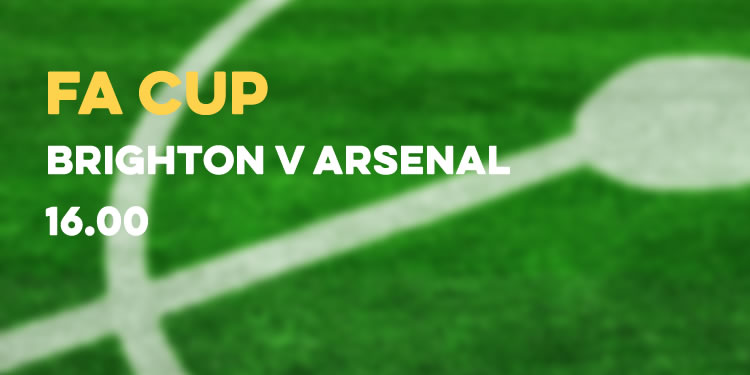 While I think it’s right that we should be confident ahead of today’s game against Brighton, yesterday’s extraordinary – and downright hilarious – events should remind us that you can take nothing for granted in the FA Cup.

Bradford, 2-0 down at Stamford Bridge, came back to win 4-2. Amazing, brilliantly funny, but also an illustration of what happens when you don’t give 100% and you take the opposition for granted. The same goes for Man City who thought the best preparation for a game against Middlesbrough was a midweek jaunt to Abu Dhabi to play a friendly, and the hubris of that decision came back to bite them in the arse.

Sp*rs lost in injury time against Leicester – not as huge a shock as the other two but still really very funny indeed. Swansea lost to Blackburn, and Liverpool could only draw with Bolton, so if there isn’t enough evidence there that funny things can happen in cup football then we’re not paying sufficient attention.

Anyway, it’s not as if we haven’t had our own recent issues with a Capital One Cup exit to Bradford and a home defeat to Blackburn in the FA Cup a couple of season ago. The big clubs have it all to lose in these games, the underdogs can play without pressure knowing if they lose that’s what everyone expected anyway. I don’t know if that offsets the difference in quality but it does mean that these kind of fixtures demand the same concentration and application as any other top flight game.

In terms of our team today, I suspect there’ll be a few changes from the team that beat Man City last weekend. On paper this looks like the kind of game where we can rest Alexis, especially with Theo Walcott and Mesut Ozil ready again and hoping to make their mark.

For those two players in particular it’s a chance to remind the manager what they can do as injuries have affected their place in the pecking order. Walcott should start on the right hand side where there are doubts over Alex Oxlade-Chamberlain who has a groin problem. He’s had some chances in his last two appearances but it’s fair to say the rustiness of being out for as long as he has was very apparent. If he wants to start playing regular first team football again, then today is a day he has to make something happen.

As for Ozil, the manager’s comments from the other day suggest he’s got more of a way into the team that Walcott, as he can play centrally but also from the left, and it’ll be interesting to see where he’s deployed today. With 7 days between the City game and this one, and a further 7 between this one and the one against Villa next Sunday, the need to rest players isn’t quite as great as if it might have been if this had come at a time when we were involved in midweek action too.

Will that mean the in-form Santi Cazorla is retained in the position Ozil likes best? Your guess is as good as mine, but as with Walcott this is a good opportunity for the German to get 90 minutes under his belt and to start finding some match sharpness. I’m looking forward to seeing him play again, so hopefully today stands him good stead going forward.

At the back there’s a doubt over Bellerin (although his Instagram showed him in training yesterday), we might see Gibbs ahead of Monreal just to keep him sharp, and there’s also decision to be made over the goalkeeping situation. Is Ospina now the number 1 but also still the cup keeper? Or will the selection of Wojciech Szczesny illustrate that he’s this season’s Fabianski?

I don’t think the manager has made any kind of definitive decision there yet. He can’t really drop the Colombian after three wins and three clean sheets, so a good display today from his ‘official’ number 1 keeper might give him the opportunity to change things around for Villa. We’ll see.

As I said above, it’s a game that will demand 100% from us. We went there a few seasons ago and won 3-2 in a game that wasn’t as clear cut as people thought it might be. They’ll be out to cause another FA Cup shock this weekend, so it’s entirely down to us to make sure that doesn’t happen.

In other news, Villarreal last night confirmed the sale of Gabriel Paulista to Arsenal, pending some contractual bits and pieces and the player undergoing a medical. The fee is believed be around £12m + add-ons, and the player will travel to London today to being the process of completing the deal.

At the same time, Joel Campbell will join the Spanish side on loan until the end of the season. That’s probably a good move for him as he’ll get to play more regularly, but he becomes the third forward to leave the club on loan this January after Lukas Podolski and Yaya Sanogo (who scored for Palace yesterday).

There’s no doubt the squad was top heavy, and the arrival of Gabriel helps balance that a little bit, but there’s just a slight worry we might have let too much depth go. I do wonder if the manager is helping to make some room for Chuba Akpom, very highly rated but out of contract in June and, from what I’m told, not really of a mind to sign a new deal with us right now – which is understandable when he looks at what lies ahead of him for first team football. He might get more chances now, but if the main protagonists stay fit he’s still going to be a fringe player.

Anyway, assuming all goes well with Gabriel’s medical and they don’t discover a mighty hunch or some kind of belly pouch, the only thing stopping him playing for us is the work permit thing. That should be clarified at some point during the week, so fingers crossed for that one.

As always we’ll have full live blog coverage of today’s game for you. Simply check back here later on for a post with all the details, or bookmark our default live blog page and updates will begin automatically.