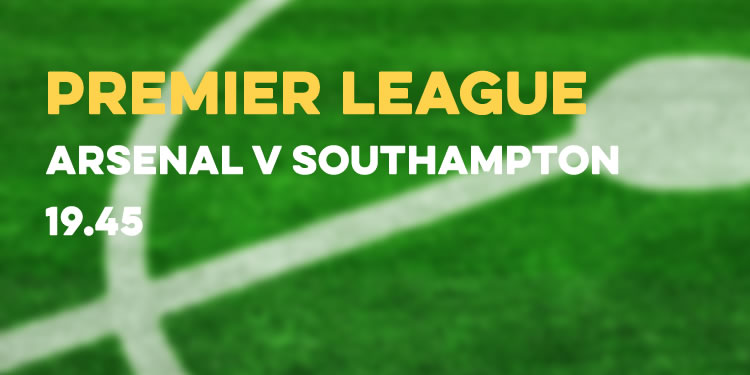 More Premier League action tonight as we take on Southampton at home. After the 1-0 win over West Brom at the weekend, we’ll be looking to make it three wins in a row for only the second time this season.

Last night saw wins for Liverpool (who are now level on points with us), West Ham and Man United. Tonight, Chelsea face Sp*rs and Everton play Hull, so the teams around us are making it even more crucial that we pick up maximum points.

As for our team tonight, the manager gave an update yesterday on the fitness issues, saying:

We have some question marks about Monreal, about Gibbs and about Oxlade-Chamberlain. They have tests this morning. Everybody else looks to be available. We have Koscielny, who has just come back after a long time, so we’ll see how he responds this morning. That’s basically it. Szczesny is still out.

That means Emi Martinez will continue in goal, while the presence of Monreal at training yesterday suggests he should be ready to play at left-back. It is precarious at the back though, with Wenger saying of Laurent Koscielny:

Koscielny could be a problem because his inflammation of the Achilles is not completely gone. He had two tendons which were bad. The left has gone completely and the right is still a little bit there so, if he has no reaction, he can cope with it. If he has a reaction, you have to be cautious.

And look, if you were to only ever play players when they were 100% fit (that second one is there for emphasis), there’d be more players sidelined every week than Robbie Savage has had bad haircuts. The issue with Koscielny, of course, is that he’s just so important and the fact that Monreal is back-up and something of an injury doubt himself means we’re going to have to manage this very carefully indeed. That we play every three days between now and Newcastle on December 13th makes that even more of a challenge.

Further forward, I suspect we’ll see the same trio up front as we did at the Hawthorns on Saturday. There’s still no Theo Walcott after he did his groin while away with England during the last Interlull, and it would be a big surprise if we saw Podolski or Campbell, for example. Only if there was a fitness issue with one of Welbeck or Alexis would there be any kind of rotation, so they’ll get another chance to work together and, hopefully, build on some of the nice work we saw last weekend.

In terms of our approach, I’m very much of the if it ain’t broke don’t fix it mindset. Especially as it was broke and we kinda fixed it. The increased discipline of the midfield, the defensive conscientiousness, the not charging forward shouting ‘Tally ho chaps! This is most splendid fun careering about the field like giddy ponies and … oh … they’ve scored”.

Those small, but important, changes have resulted in a very good win over Dortmund and helped us follow it up with a clean sheet and three points in the next game. The lessons that we spoke about learning were actually learned so it would seem rather odd if we unlearned them for this game.

Southampton have had a very good start to the season, no doubt about it, and that’s something we should respect, but their fixtures have been relatively kind. When they have faced a ‘big’ team, like Liverpool, they lost, and even playing the upper echelons of mid-table like Sp*rs have seen them beaten, so this is certainly a game from which we should be looking to take all three points.

They come into this off the back of a 3-0 defeat to 10 man Man City and we should do our best to prey on any doubts and insecurities they may have from that result. It will, however, come down to what we do and how we do it. We’ve got the attacking talent to get the goals, and another clean sheet tonight would go a long way to improving our defensive confidence after a very jittery spell.

Let’s hope we can continue this little bit of momentum we’ve got going.

Meanwhile, Arsene spoke about Thierry Henry and his future saying he’ll ‘certainly’ come back to the club one day:

Certainly one day he will come back here. In what role I don’t know. That is what he has to think about: what direction he wants to give to his next life. In this job, it’s a dedication of your life. You have to realise there is nothing else than that.

Obviously there’s a big jump from playing to a life after football as a coach or a manager, and AW was quite cautious when discussing it last week, pointing out how much there is to do in terms of getting your badges etc. That’s all very reasonable and understandable, but it also misses out on the intangible benefit you get from having somebody like Thierry Henry around the club.

He is, by any standard of the word, a legend. He has a statue outside the ground, for goodness sake, and let’s not forget that he grew up at this club under the tutelage of men like Adams, Dixon, Bould, Keown, Parlour, Pat Rice – who themselves had been immersed in the club from a young age and understood what it meant to play for Arsenal beyond the professional responsibility any player has.

Down the years we’ve lost a little bit of that. The connections between one era and the next were not as strong as they should have been. The passing on of the torch was more difficult because too many players left too quickly and, without needing to name names, I think it’s fair to say there have been some players over the last few years who didn’t understand and, frankly, didn’t care enough.

You would hope that Arsene, a man who has been relatively reluctant to bring back some of his best players as they’ve gone on to coach and represent other clubs, wouldn’t allow this particular one to end up somewhere else.

Aside from the fact he was such a brilliant player, he’s someone who seems to understand football beyond the superficial level. When you combine that with everything he feels about Arsenal and what he might bring to the next generation (or two, or three, or four etc), it would be a shame if we couldn’t find a place for him.

Obviously it all depends on what kind of work Thierry wants to do. If he wants to cut his teeth in management, starting lower down the ladder, then fair enough, but I think there should be a door open for him at Arsenal if that’s more his ambition.

Remember, we’ve got full live blog coverage tonight of the Southampton game. Check back later for all the details or bookmark our default live blog page and updates will begin automatically.

Also, Paddy Power are doing a special tonight, click on the image below to take advantage. Until later.