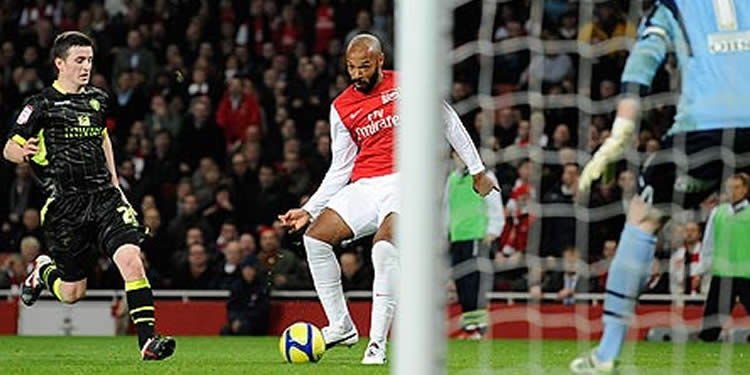 For the week that’s in it, here’s something cool from DJ Tayo, you might remember him from such podcasts as The Tuesday Club and … er … well, that’s about it.

Thierry Henry returned to Arsenal in 2012, and nobody will ever forget the goal he scored in the FA Cup against Leeds. Yesterday, after the Sky announcement, Thierry was asked about it himself and said, “There is one goal, don’t get me wrong I enjoyed all of them, but the one when I came back to play for Arsenal that I scored against Leeds on my first game back.

“Look at the emotion, my emotion – you rarely saw me doing that. The celebration between myself and Arsène, that was genuine. You never saw me do that before.

“If I had the time to have hugged everybody that night, I would have done it. I could have gone around the stadium and hugged everybody, the referee included, everybody. I don’t even know where I was to be honest, I was somewhere else.”

Here’s how it went down as remembered by: