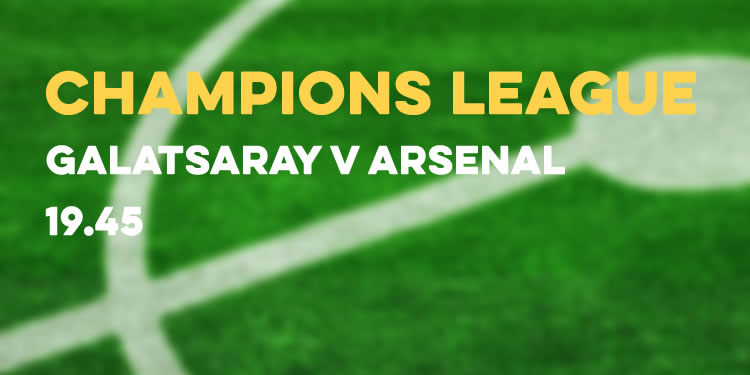 Nothing like a game of football to take your mind off the football! And that’s what we’ve got this evening as we face Galatasaray in Istanbul (I actually typed Instanbul and worried for a moment that I had become somehow infused with the essence of Podolski #smalljoke #obvioushashtag #hesplayingtonight).

Unusually, Arsene Wenger has pretty much named his team in advance, but it’s mostly down to only having 11 senior players, that’s making the assumption that you can call Bellerin a senior player. There’s a welcome comeback for Mathieu Debuchy and the manager explains the rest, saying:

To make it as simple as possible, I have 11 experienced players and six young players on the bench. That means I have nothing to hide. Debuchy is back with us and will play, Szczesny is back in goal, Mertesacker, Chambers will play because Gibbs did not travel, Bellerin at left-back. Then you have Oxlade-Chamberlain, Ramsey, Flamini, Podolski, Sanogo and Campbell.

There’s no Alexis, Cazorla, Gibbs, Monreal, Koscielny, Ospina, Arteta, Welbeck, Wilshere, Ozil or Giroud. That’s a half-decent, albeit slightly imbalanced, XI in itself. The youngsters on the Arsenal bench tonight are Emi Martinez, Ainsley Maitland-Niles, Gedion Zelalem, Chuba Akpom, Stefan O’Connor, Alex Iwobi and Glen Kamara. Not household names but one or two will probably get a chance tonight to experience first team football and the mighty atmosphere you can get in Instanbul (#flares #noisycrowd #turkey #gobblegobble).

With regards to the game itself I veer between thinking it doesn’t matter that much and that Newcastle on Saturday is far more important, hence all the resting of players, and thinking that a decent performance and a win would certainly do us some good. I think people’s anger/frustration is such that they realise tonight isn’t the end of the world, by any means, and thus defeat wouldn’t spark the same reaction as being diddled up the out-chute by Stoke, but a win, or at least avoiding defeat, would be good all the same.

It’s a chance for a couple to show their stuff, particularly up front. Let’s face it, Arsene Wenger’s reluctance to use Joel Campbell has been obvious this season and maybe there’s not a lot he can do to convince the manager, but a good display won’t do him any harm. Likewise Yaya Sanogo who got his first goal recently, and of course there’s Lukas Podolski who has been complaining for weeks that he’s not being given enough time on the pitch. If he starts then perhaps a bit of #effort #runningaraaaaandabit and #laserguided30yardrocketintothetopcorner would work in his favour.

Galatasaray have literally nothing to play for other than pride and if we can convince them it’s Pride in the name of love and that winning would make Bono happy then perhaps they’ll be even less interested. They can’t qualify for the Europa League but I guess at home they’ll be looking to end their European campaign on a high. In short, anything, literally anything could happen tonight. A 1-0 win, a 3-0 loss, a 6-6 draw. Not a single thing would surprise me at this point so we might as well just see how it all goes.

Meanwhile, the manager has responded in the way you would expect to the issues of the last couple of days. He says:

We have to cope with that – it is part of our job. We are professional footballers and football people. Let’s get our stability back and see at the end of the season where we are.

As I said yesterday, the idea that Arsene Wenger would be sitting in a dark room rocking back and forth because some people were a bit mean to him is fanciful. He’s been in the game a long time. As well as that, on the Arsecast Extra (in which we try to make some sense of all of it), James made the very good point that this might be the first time that kind of reaction has been captured on video, but it’s unlikely that it’s the first time it’s ever happened.

We’ve had some very bad days in recent years, defeats and performances which were worse than the one at Stoke, and I’d imagine there were some choice words aimed at him in the aftermath of those. As unpleasant as it is to witness, he’s well able to cope and he knows as well as anyone why it happened. He also knows exactly how to avoid that kind of reaction and that’s to guide his team into a better place, with better performances.

There’s obviously lots more on the podcast, which you should listen to, but it seems more and more obvious that January is now hugely important for him personally, as well as for the team. If there’s an effort made to address the team’s glaring weaknesses and if the team’s form improves significantly as a result, then he’ll find himself under a lot less pressure. But at this point it really does feel like if one or the other of those things doesn’t happen, the knives will remain out and sharpened (#ouch #stabby #stickaforkinit).

Finally for today, the third round draw for the FA Cup took place yesterday and, rather hilariously, it’s a repeat of the final in May as we face Hull City. The game takes place the weekend of Jan 3rd, right at the end of the most hectic schedule of the year, but we can count on Steve Bruce to illuminate the Emirates with his festive glow (#lavalamp #©mrsblogs).

Right, we’ll have a live blog later on – Tom will be here to guide you through this evening’s game. Check back for a post with all the details or simply bookmark our default live blog page and updates will begin automatically.