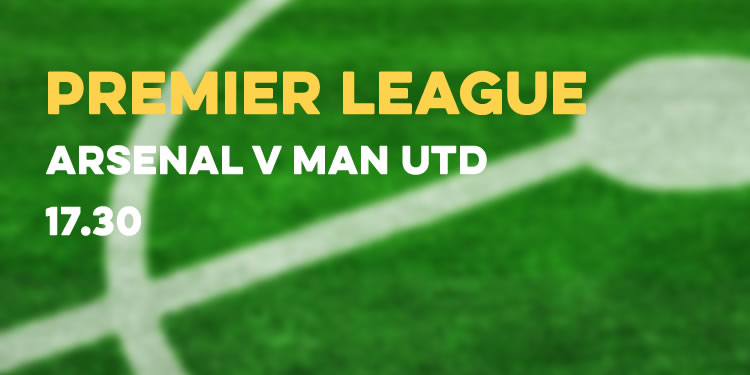 Perhaps facing Manchester United might be the thing that really focuses us, because they’re a team against whom we’ve really struggled in recent seasons. The last time we won was back in 2011 when an Aaron Ramsey goal ensured three points – and interestingly that came during an abysmal run of form, far worse that we’ve experienced this season.

We struggled against them last season. We lost at Old Trafford, and the 0-0 draw at the Emirates was hugely frustrating, not just because they were rubbish under David Moyes, but that our performance was completely inhibited by the fact we’d just been pounded 5-1 by Liverpool. Even if the Swansea defeat two weeks ago was annoying, there’s no way it should impact so heavily on how we play today.

As has been pointed out pretty much everywhere, we’re looking at two teams whose strength is in attack and whose defences are, frankly, ludicrous given the resources available. We under-invested in the summer and have been paying the price, while United also struggled to buy and have injury problems galore.

The idea that we might change things around in terms of personnel is nice in theory but in practice I can’t see it. Would the manager risk a youngster as raw as Bellerin against the likes of di Maria, Rooney, van Persie? I don’t think so. It’ll be Chambers – Mertesacker – Monreal – Gibbs: a unit that has struggled, no doubt about it, but one which has not been protected properly by the players in front of them.

For me that’s going to be the key issue today. If we’re as careless and ill-disciplined as we have been, they’ve got the quality to punish us. If we get carried away with too many men ahead of the ball, we expose an already vulnerable defence even further and we know fine well you don’t have to be world class to take advantage of that. Lower/mid-table teams like Leicester, Hull, Swansea and Sp*rs have had success from our failings so there’s no doubt United would too if we let them.

It’ll be interesting to see who he selects in midfield. If Mikel Arteta is fit he’s got to start for me. He provides control and organisation in that deeper lying role that Mathieu Flamini does not. Sit Aaron Ramsey or Jack Wilshere close to him to give the midfield a decent platform. Indeed, it wouldn’t surprise me if he play both of them at the expense of one of Cazorla or Oxlade-Chamberlain further forward.

It’s crucial that we assert some control over the game and while it’s obvious we’ve got to try and get the best from Alexis, Welbeck and whoever might flitting around them up top, making sure we’re not wide open as soon as our possession breaks down is going to be massively important.

I think they’ll be much the same. I watched them against Crystal Palace in their last game and it was notable how often in the second half Palace broke at speed when United lost the ball. Only their lack of quality in the final third let them off the hook, so you’d like to think that if we had such opportunities today we’ve got the players who can hurt them.

The manager has expressed some concern over Alexis, suggesting he might be a bit jaded after his Interlull exploits for Chile:

He looked a bit jaded just before he went and I will have to check him before the United game. Don’t ask him the question because he will say he’s perfect.

Unless there’s a real problem it would be madness not to start him. He’s been our best player so far this season by a long way and his attitude is important on days like this. Danny Welbeck will no doubt be motivated against his old club, perhaps a little bit after being dismissed by van Gaal in the build-up, and after five games without an Arsenal goal today would be a nice one for him to find the net again.

We have Giroud back on the bench who does provide us with a different option, and although Arsene Wenger said that Theo Walcott was a doubt, he was in the training pictures yesterday so perhaps he might be an option for a late cameo if it’s absolutely necessary.

But, as I said earlier, it’s defensive stability that’ll will be the main issue for us and again it’s not just what the back four do. It’s how they’re protected, and how switched on our midfield is. We know that from the front Welbeck and Alexis will harry and chase and make life difficult for the United defenders, but whatever combination Wenger picks in the centre of the park has to do its job properly and with real professionalism.

If one of our full backs is getting a tough time, then make sure we give him some help. Win our tackles, don’t give the ball away stupidly, don’t go charging like some kind of light brigade throwing caution to the wind when there’s no need to do. Discipline, shape, organisation, concentration: with them we can get the points today. Without them, even for a few seconds, and we’ll find it hard to get the result we want.

A win over United is long overdue, and a win over what is considered a ‘big’ side is probably something we need for our own confidence and belief. If we’re not quite on a knife-edge right now, a bad result today doesn’t bear thinking about.

It might be a day that sends us hurtling towards the doldrums in terms of mood – but it might also be one that restores a little of what we need to make some progress this season. Let’s hope it’s the latter.

As always we’ll have full live blog coverage of the game for you later. Check back later for a post with all the details or simply bookmark our default live blog page and updates will begin automatically.

Right, have a good Saturday, catch you later.