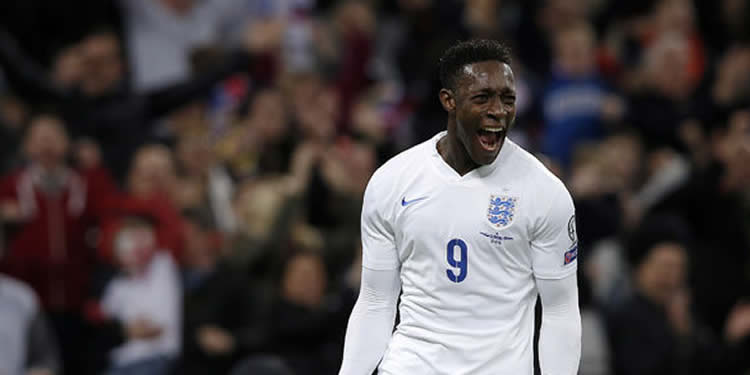 A very quick Sunday round-up for you.

Starting with good work from a couple of our English chaps last night at Wembley. At least, I think it was Wembley. The pitch looked like a ploughed tribute to no-man’s land (popularised lately by a supermarket chain because the inhumanity of war is a great way of shilling groceries to people), and at half-time it was 0-0 – at which point I went out to drink some delicious beer.

Anyway, it all went down in the second half with Danny Welbeck scoring twice. The first was a bit spawny but the movement and finish for the second was excellent and that’ll do his confidence some good. He’s gone five games without a goal for us, although he did have a good assist for Alexis at Swansea, so getting back on target won’t do him any harm.

Kieran Gibbs had a good run out at left-back, and Jack Wilshere apparently got man of the match for his performance in a deeper-lying midfield role, something Hodgson has been keen to do in recent internationals. I still don’t see him as a genuine option in that position for Arsenal though. He’s tenacious, works hard, is good on the ball, but he doesn’t tick enough of the boxes to make me think that’s something he could do for us in anything other than a push.

But then maybe if it’s a choice between Flamini and Wilshere you wouldn’t rule him out altogether. I think he’d work much better in a twosome, with somebody a bit more physical and capable of challenging for the aerial balls more effectively, and anyway, I can’t see his performances for England changing Arsene Wenger’s mind about where he plays for us. Still, having been in and out of the side recently this, like goals for Welbeck, should do him some good.

Santi Cazorla started for Spain as they beat Belarus, a Hlebless Belarus at that, 3-0 and that was it in terms of our boys in action last night. Tonight Tomas Rosicky could play for the Czech Republic as they face Iceland, while Aaron Ramsey is in Belgium for Wales and it would be nice for him to follow the lead of the English lads by putting in a performance that might restored some confidence ahead of the United and Dortmund games.

Meanwhile, Mathieu Debuchy says he’s hopeful of making a return next month in an interview with the official site. He says:

My injury is now better. I work hard every day with the physio and I want to be back on the pitch in December. I’m looking forward to it. It has been frustrating getting injured so soon, but I am focused on coming back stronger. I am very positive about that.

We can talk till the cows come home about how we didn’t buy enough defenders, but the injury to Debuchy was especially damaging because it means our central defensive cover, Calum Chambers, was forced into action there. Maybe if the Frenchman had stayed fit we could have played Chambers in the middle more, allowing Koscielny to get some of the rest he needed and perhaps avoid that lengthy absence (you might also question the wisdom of allowing Jenkinson to leave but that’s another story).

I think his return adds a huge amount to a back four which has really had its struggles this season: experience, quality, strength. It’s hard to imagine Debuchy getting roasted like Calum at Swansea – and that’s no reflection on the young man but a more experienced player would have worked out how do to deal with Montero.

Anyway, fingers crossed he’s back sooner rather than later because we certainly need him. Beyond that not a lot going on, so have a good Sunday.