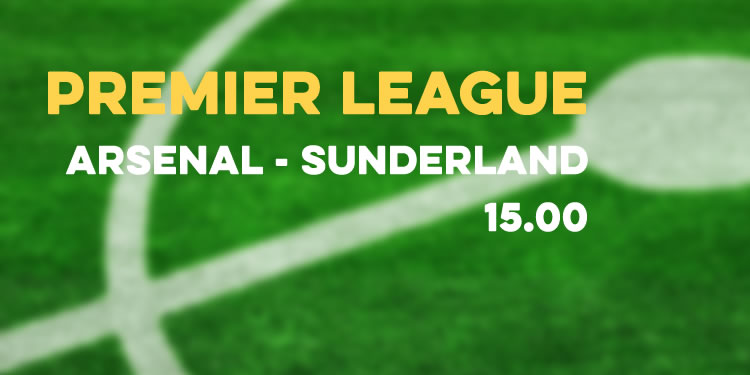 A traditional 3pm kick-off today, and what I’d give for a traditional one nil to the Arsenal. Don’t get me wrong, I’d take a 2-0, a 3-1, a 4-3 or any shape of win, but a clean sheet would be nice given how often we’ve conceded this season.

The team news is that Jack Wilshere misses out through suspension having picked up five yellow cards, and I think Mikel Arteta will come into the midfield for him. I suspect we might see Arteta and Ramsey as the two deeper midfielders with Cazorla ahead and a front three of Alexis, Alexisn’t, and Danny Welbeck.

The key decision for the manager is what to do at the back. The latest on Laurent Koscielny is not good with Arsene Wenger revealing yesterday that the Frenchman is going to be out for another month, or so. He said:

I cannot give you any date because we go day by day with him. He may be available after the next international break.

‘May’, that sounds encouraging, right? Today there’s little point criticising the decision making that left us in this position – it’s already been done. Not buying another centre-half was daft anyway, but when you know one of your first choice players is suffering a chronic condition and you still don’t then there’s simply no excusing it. I don’t doubt we tried, but that just leaves us with more questions. The fact is it’s a situation we’ve brought upon ourselves and one we have to cope with.

The choices are a) Calum Chambers and b) Nacho Monreal. For me, we’ve got to go with Chambers. The manager said this of him a few weeks ago:

He can challenge both centre backs and that’s what you want. You cannot play with two centre backs the whole season; that means he will play. Chambers is among the best three [central] defenders I have.

Ok, so there’s the pecking order established. Now, in fairness, this was before Mathieu Debuchy trod on that landmine, but still, he had a first choice pair of Mertesacker and Koscielny and Chambers was back-up to both of them. With Koscielny now out until who knows when, it’s important that we find some stability in the centre of our defence, and I think that is best achieved by playing two players who are comfortable in that position. Monreal, quite clearly, is not.

If the reservations are down to the inexperience of Bellerin, I think it’s still an overly cautious approach. The young Spaniard hasn’t done much wrong in his few appearance and was one of the bright spots against Hull. As for his talent and potential, here’s what Mikel Arteta said about him a couple of weeks ago:

I think he’s a top player. He’s going to be the right back of Arsenal for many years, in my opinion – providing he continues to progress in the way he has been doing.

I get that there’s a probably a certain amount of ‘in-house’ positivity to that opinion, but at the same time he’s sticking his neck on the line a little bit. It means there’s clearly a good player in the making there and these, are the circumstances in which young players often make their breakthrough. Managers in general are usually pretty conservative, choosing experience most of the time, but sometimes it’s out of their hands.

This is one of those situations. Get Chambers in alongside Mertesacker, let them play some games together, to forge a partnership and an understanding, and play a right back at right back, rather than an uncomfortable left back in the centre. If there are downsides to that, they can be traced back to our inability to add the requisite depth this summer, leaving us trying to make a silk purse from a sow’s ear.

The job of defending isn’t just down to the back four, and Wenger spoke yesterday about how there’s an onus on the team to defend better as a whole, but you can’t get away without some kind of functioning platform. I think the best chance of that happening is making our back four as balanced as possible and playing two natural central defenders, a natural right back, and a natural left back is the best way to achieve that.

As for today’s opposition, having been spanked last weekend by Southampton, you can be quite sure Sunderland will be pretty focused on defending. Some might see that as a bad thing, that we have to break down a team that will get plenty of men behind the ball, but given the shakiness of our defence, if they’re less ambitious than normal from an attacking point of view that leaves our most vulnerable area with less to do (hopefully).

The way we’re playing now you just don’t know what’s going to happen. When you’re looking at a team who can sparkle like they did in the opening 20 against Hull and then play the remaining 70 like a sleepwalking gnu, you just can’t be sure about how things will transpire. All I’m hoping for is three points and a game from which we can take some positives to build on. If that says a lot about where we are right now, then so be it.

We will have live blog coverage of the game for you later so if you can’t see due to pesky things like family and kids and having to do things with them, you can follow the game on your phone, tablet or any other device you might have. Simply check back later on for a post with all the details or bookmark our default live blog page and updates will begin automatically.

Until later, have a good one.