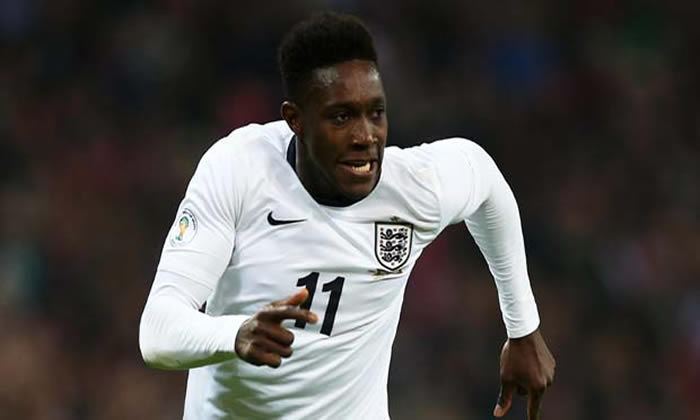 So, the window is now shut and despite some concerns about the state of certain areas of the squad, I’m glad it has because now we can concentrate on the football rather than the increasingly freakish sideshow that is the transfer market.

I suppose the best place to start is with what we did yesterday and that’s:

He signed from Manchester United on a five year deal yesterday for a fee of around £17m. Whether it was something we had planned for a long time or if it was convenient because he was at our training ground with England yesterday, I can’t tell you. It’s possible we were waiting for United to do their Falcao thing, but if I had to guess I’d say it was circumstance above all else.

Giroud is injured, the manager has seen Yaya Sanogo struggle against Leicester, and Welbeck’s availability made it something we decided to do late in the day. The fact that we had to get an extension to make it happen probably tells you it wasn’t something on our agenda first thing in morning anyway.

And look, even though he was hardly top of anyone’s list, the bottom line is that with our top scorer from last season out injured and the alternatives unconvincing at the moment for various reasons, we needed a striker. That we got one should be welcomed.

The consensus about the England man is that when he’s played as a centre-forward he’s pretty decent and will get goals. At 23 he’s at an age where he can really kick on if given the responsibility and we’ve seen it happen plenty of times that players who have been stifled at one club can bloom at another. Let’s hope that’s the case with Welbeck.

The mantra has been that anyone would be better than Sanogo so I don’t really understand the complaints when we’ve bought someone who has got a goalscoring record. Ok, he’s not a Falcao but at £345,000 per week and with Jorge Mendes oozing from every pore, I don’t think it was ever going to be a deal we pursued. At some point, however, we’re going to have to accept that a sense of morality and the transfer market don’t go hand in hand at the top level.

Don’t get me wrong, I like that we try to do things the right way but if we’ve got genuine ambitions to be one of the biggest clubs in the world then at some point we’re going to have to embrace the darker side of what is, admittedly, a potentially grotty part of the game. Yet it’s one in which all the biggest clubs operate and you don’t get extra points or away goals for being nice.

However, I think it’s easy to see how Welbeck will fit in. There’s a good core of British players at the club and he does have qualities which will be very useful for us. He’s quick, versatile and can play wide (even if that’s where his goalscoring record falls down), a very hard-worker, and he’s also got the size/physique to play centrally more effectively that Alexis or Walcott might against certain opposition.

And most sensible United fans I saw were sorry to see him go.

Our other deadline day business saw us send Ryo Miyaichi on loan to FC Twente (although rather oddly he signed a contract extension before going), Kris Olsson went to play in Denmark, and we sold Spanish centre-half Ignasi Miquel to Norwich.

What we did overall

I have to say that in terms of the players we brought in this summer I don’t have any complaints. Two forwards, one of them a star of Barcelona and the World Cup – a player that most teams in Europe would have taken if they had the chance. Alexis is a superstar capture and had we done Welbeck in July and him yesterday the mood would probably be very different this morning.

We also bought a very solid looking right back to replace our very solid right back; an international goalkeeper who will, now that he’s back from injury, increase the competition in a very healthy way; and in Calum Chambers I think it’s fair to say we’ve got a player of huge potential, even if his inexperience might prove a little costly from time to time.

That, however, will be down to the coaching staff to sort out as well as his teammates to guide him during games. “Stay on your feet”, is something he’s going to hear often, but he’s a hugely exciting prospect and even the best players made mistakes in their formative years. Once the know-it-alls don’t write him off in this increasingly unforgiving landscape when those mistakes do happen then he’ll be all right.

However, there’s the gigantic elephant in the room which is:

What we didn’t do

That we are going into the fullness of a season with just six first team defenders is absolutely staggering to me. We have only two established central defenders. Think about that for a second. I’ve expressed my happiness with Calum Chambers above but let’s be realistic here: before joining us he played his entire 25 appearance career at right back and only circumstance dictated he play centrally for us in the opening part of the season.

That he’s done well there is fantastic and great and very, very convenient, but it’s a lot to ask of a lad of 19 years of age to maintain that in a position where experience is absolutely vital. It’s the base of the team and we’re asking him, Per Mertesacker and Laurent Koscielny to get us through the entire Premier League campaign, the Capital One Cup, the FA Cup and the Champions League.

The fact that Nacho Monreal is now our fourth choice centre-half shouldn’t be a reflection on him, but it’s not good enough for a team with the ambitions we claim to have. At the end of last season Arsene Wenger and Thomas Vermaelen came to an agreement that the Belgian could leave the club; that we haven’t been able to bring in a replacement in all that time is terrible.

For all the praise and plaudits – merited I might add – for what we did this summer, I’m just baffled by what we didn’t do at centre-half. Arguably, it’s an area that needed more attention than up front. There the issue was quality, not numbers. Whatever you might think of the individuals involved we do have plenty of options and with Campbell and Podolski both still staying, along with Sanogo, Alexis and the soon-to-be-back Walcott it wasn’t ever a question of who the hell can play up there.

But at the back we’re a sprained ankle or a flare-up of Koscielny’s Achilles away from being woefully short. Imagine going to Chelsea or Man City away with a pairing of Chambers and Monreal. How confident would you be? Exactly.

I was never expecting the fabled DM to come in, even if it would have been a signing that made some sense given the profiles of the Flamini and Arteta, but I never thought for one second that we’d go beyond the close of the window without signing a central-defender.

It’s negligent, frankly, and although I’m looking at this through the prism of disaster, I think Amy Lawrence gets it bang on in this piece when she says of our methods, “Why gamble on the best-case scenario instead of preparing a contingency plan for the worst that might hit in terms of injuries or suspensions or dips in form?”

It’s easy to see how we might get exposed at centre-half. We’ve let the most obvious youngster, Ignasi Miquel, leave because we don’t think he’s good enough but at least he’d have provided some cover. Now, if things get bad back there, what are our options? Move Debuchy inside where he’s never played? Go further down the youth pecking order to the likes of Isaac Hayden?

I just don’t understand it one bit and my fear is that this, more than any other area of the pitch, is our weak link. And when you’re weak at centre-half we know how costly it might be. Thank goodness that Per decided to retire from internationals.

Maybe he and Kos can do what they did last year and play almost every game, but already we’ve seen signs that Koscielny’s fitness might be an issue. All it’d take is for Per to do his ankle on a boggy pitch like he did at Sunderland in his first season and we’re heading right up shit creek.

I don’t believe for one second that there isn’t a central defender out there who couldn’t have added depth and quality to our line-up, and that’s a collective failure. Not just the manager or the coaching staff or the negotiators because I’m sure we had targets. We had all summer to find that player but failed to do so, and as such we’ve left ourselves, unnecessarily, walking a tightrope when there was, at least, a rickety old bridge we could have used instead.

Overall, while I’m happy with the Welbeck signing yesterday, the second part of our transfer widow has been distinctly underwhelming. After what we did earlier in the summer, it feels like qualifying in pole position for a Grand Prix then driving the race in a Honda Civic.

On such decisions will the manager be judged. I hope that this isn’t something that comes back to bite us on the arse, but nor can I make any sense of what we’ve failed to do defensively. I suspect we’ll promote Bellerin to the first team squad so at least it doesn’t look so empty on the website but even then it’s window dressing rather than addressing our needs.

However, there’s nothing any of us can do now but sit back and see where the season takes us. There is plenty to be positive about, but the area of worry is very troubling indeed. I’d hope that post-Interlull there’s enough match fitness and sharpness in the legs that our performances improve, and when you consider the first game back is Man City we’re going to have to dive right into the deep end.

*holds nose – does a cannonball*

Don’t forget, We’ll have a post-window Arsecast Extra today, if you have questions send them to @gunnerblog and @arseblog on Twitter with the hashtag #arsecastextra and we’ll do our best to get to as many as possible.