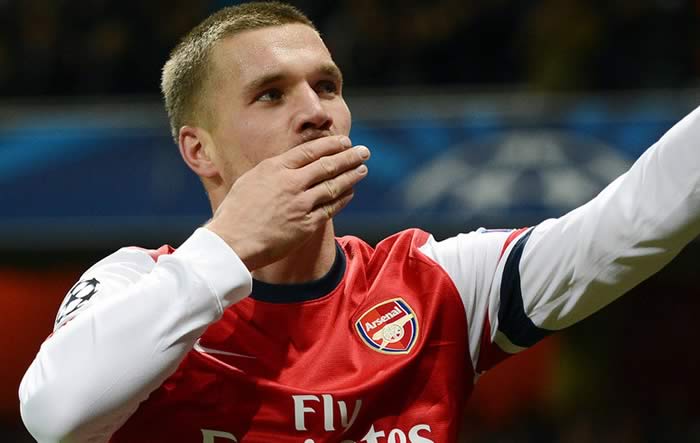 Morning all and welcome to a brand new week. It’s one that feels almost pivotal in the new season, with a crucial Champions League qualifier on Wednesday, and then the close of the transfer window in seven days time. Our squad doesn’t feel complete yet, and with rumours of departures and gaps to be filled, I think it could be a busy period.

This morning Arsene Wenger has talked up Olivier Giroud after his match saving second-half and goal against Everton. The striker made a big difference coming on and the manager has backed him to score more goals than he did in the last campaign, saying:

You never have to set any limitations for any player. For me, he’s improving every year and don’t rule it out that he scores 25.

I think he’s always going to be a somewhat divisive figure. Those who want a 30 goal a season man are never going to be happy with him, but those kind of strikers don’t grow on trees. He’s always going to miss chances, but when you look at the impact he’s had in our two league games so far it’s daft to suggest he’s not useful for us. He kept the ball alive for Debuchy’s shot to provide Ramsey with the winner against Palace, and his strong header won us a point on Saturday.

And as it stands he’s still by far and away the best option we have as the lone front man in the system we play. It’s too early to say the Alexis experiment is a failure. It’s probably something that will work against certain opposition, but you get the sense we might need to be operating at a slightly higher level in terms of fitness and sharpness for it to function properly.

After that, the rest of the options are unconvincing. The manager spoke about his forward options, saying:

We have Sanogo who will be an important asset, we have Giroud, we have Lukas Podolski, we have Joel Campbell who can play centre forward. We have Alexis and Walcott coming back. Let’s not forget that.

Now, without wanting to be overly negative about things: Sanogo, while willing, has never scored a goal for us; Podolski is more than likely leaving (more on that anon); I don’t think Joel Campbell can play the centre-forward role the way Giroud can (and the issue here is that we look more cohesive when we have a Giroud-esque player in that position); while Alexis and Walcott are certainly options as we touched on above but not for every game (and not yet anyway).

Like last season it puts a huge onus on Giroud to perform. Now, I have no issue with that. At a club like Arsenal there should be pressure and expectation, but what we found last season was that we had to play him week in, week out, which left him fatigued at times. In terms of numbers we have more options this season, but right now it’s difficult to be sure how exactly they improve us.

Now, I could be worrying over nothing. With Ozil back we could find him a key provider when he’s fully fit. Sanogo might get a goal which opens the floodgates, Campbell could contribute, Alexis and Walcott will score goals, but if there was a chance to bring in a forward between now and Monday night I certainly wouldn’t be against it.

It’s also worth noting that if Lukas Podolski goes then we’re losing a man who got 28 goals in the last two seasons. That shortfall has to be made up somewhere. Can Joel Campbell step up and score that many goals? Will it be a Campbell/Sanogo/Alexis combo to make up the difference? We’ll see, I guess.

The latest on the German is that he’s about to go to Juventus. There are some suggestions it might be a loan deal which seems odd to me. If we don’t want him anymore, let’s sell him, take the money, reinvest in the team. Allowing a player of his experience and quality (he most certainly adds depth to the squad), to go on loan just doesn’t make a lot of sense.

However, I wonder if the decision to let him go is one that has been made rather late in the day. I mean, if it was curtains for him at the end of last season, we’d have told him that then and allowed him the entire summer to find a new club. Instead, he’s come back, trained, been left out for what looks like fairly obvious reasons, and maybe it suggests that we’re moving him on because we have something else in place.

Whether that deal, and indeed the one to allow Podolski to leave, is dependent on Champions League qualification, I don’t know, but I suspect we’ll go right to the close of business before doing what we need to do. A new signing wouldn’t be eligible for Wednesday anyway, and the manager must look at his squad and think he’s got enough to get a result against Leicester, so getting players just before the Interlull allows enough time to bed them ahead of the game against Man City (assuming they’re not away on international duty!).

Like I said, it’s going to be an interesting week, but one we can go into off the back of what looks increasingly like a very good result against Everton. To make that comeback and to take a point against one of the best teams in the league should give us a confidence boost, and one well needed before Wednesday.

Right, that’s about that. We should have an Arsecast Extra for you later on this afternoon. If you have questions, fire them @gunnerblog and @arseblog on Twitter with the hashtag #arsecastextra.