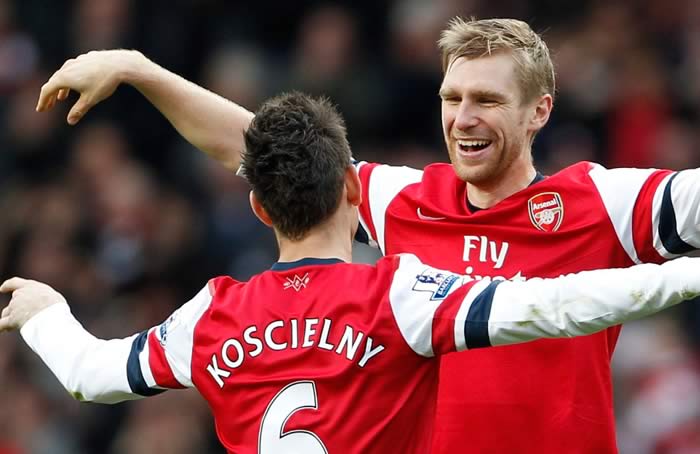 So an interesting first Premier League weekend is almost over. Only Burnley v Chelsea left, but we’ve seen wins for Man City, Sp*rs and Liverpool, and a defeat for United which included a bird doing a poo in Ashley Young’s mouth. I don’t know that you can ask for more unless someone launched a gnu with a septic colon into the air and it covered van Persie in … well … it’s a bit early in the morning for that kind of imagery.

Liverpool got a bit lucky, I thought. Although they scored twice, Southampton should have equalised when their £12m striker Shane Long headed wide with the goal at his mercy. Just to make that point again, Shane Long cost £12m. Olivier Giroud cost £12m. Whatever you might think of the Frenchman, we can’t complain about value for money, really.

It would be nice if Burnley could pull off a shock tonight and a pterodactyl pooed on Mourinho’s head but I suspect all the big teams plus Sp*rs (bar United of course) will finish this first round of games with three points. The battle is well and truly underway.

From an Arsenal point of view comes the rather worrying news that Laurent Koscielny is a serious doubt for tomorrow because his Achilles problem continues to give him gyp. You’ll know that it was far from certain he’d play against Palace but obviously they got him to a point where he could do that, but playing again just a couple of days later might be too soon for him and the injury.

Per Mertesacker is going to travel to Turkey and could play if necessary, but when you consider Kieran Gibbs is also likely to be out, I don’t see what choice we have. We have Mathieu Debuchy, Calum Chambers and Nacho Monreal who are more or less fully fit (although Debuchy had a short pre-season too). That’s just three defenders. Then we’ve got Per, who only arrived back from the World Cup last Monday, and that’s it in terms of fit, senior defenders.

What’s also of concern is that last season the continuity of our back four was, for the most part, something that worked well for us. The Mertescielny Axis played most of our games, but if the injury Koscielny is carrying is going to prevent him playing regularly, then we really have to do something about it. Achilles problems can become chronic very easily, and that’s the last thing we want.

It’s also worth noting the words of Arsene Wenger when he spoke about the German contingent coming back and how quickly they’d return to action:

You have the choice – you get them back very quickly and you lose them in October, or you give them a needed rest to build them up again.

Yet what choice do we have, really? We can, at a push, use Ignasi Miquel but I don’t think the manager really sees him as a viable option in the long-term so might well be reluctant to use him. Monreal and Chambers with someone else at left-back? We’re at the high-stakes table here after just one game, and it really shouldn’t have come to this.

We knew that Mertesacker would be back late; we knew Koscielny was going to have a short pre-season too (and I can’t imagine we were unaware of the injury he’s been carrying anyway); we knew we were going to sell Thomas Vermaelen but we also knew that even if we needed him we couldn’t use him because of the injury he picked up at the World Cup.

There were question marks over all our central defenders for months, and although we bought Calum Chambers and I’m very glad that we did, it’s hard to understand why we haven’t focused a bit more on our defensive recruitment. I can’t imagine for one second that the manager is unaware of the deficiencies in that area but trying to work out why nobody has come in is the only something we can speculate on.

Have we not found the right player? Have we identified the player we want but are struggling to do a deal? Is the player we want only going to sign when we’ve secured Champions League football? Your guess is as good as mine at this point, but with the problems we’re facing in this area, and the games we’ve got coming up in the next week-10 days, we may have to reassess the situation.

If the player we want isn’t available, maybe we’ll have to go down our list and get a player that we need. Anyway, I suspect it’s something the manager will be quizzed on as the team news for today’s trip to Istanbul emerges, but let’s hope we’re on top of this one sooner rather than later, because all it takes is a sprain here or a niggle there to leave us floundering ahead of a trip to Everton at the weekend.

As for the game tomorrow night, the manager says:

It all sounds a bit dramatic, but it’s a hugely important fixture. However, with a home tie for the second-leg, I don’t know that we have to put everything on the line in the first-leg. Even with the defensive issues, I think we’ve got enough to get a decent result there, but we can look at this one in more detail tomorrow.

Finally, we’ll have an Arsecast Extra for you later today. If you have questions, send them to @gunnerblog and @arseblog on Twitter with the hashtag #arsecastextra.

In the meantime, have a good one.