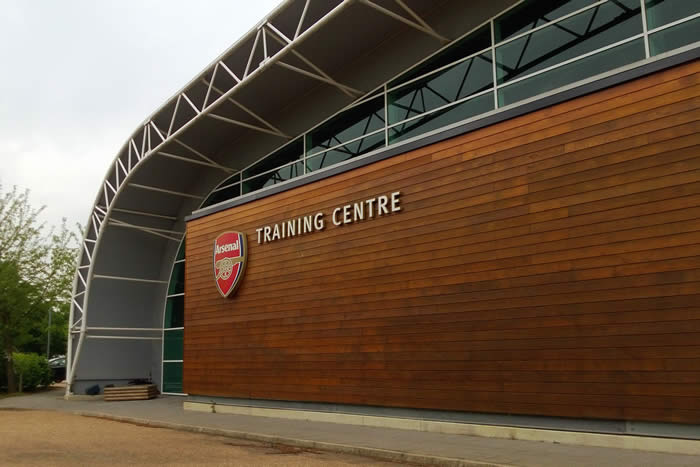 Morning all, I suspect things are going to get more like a regular summer over the next couple of weeks.

There are but three Gooners left at the World Cup – our German contingent of Mertesacker, Ozil and Podolski – and today some of the first team are back for the start of pre-season training. The non-Brazil travelling bunch which would include Arteta, Szczesny, Flamini, Jenkinson, Gibbs, Monreal and so on.

I’m assuming that the boss is back from his jaunt to Brazil to take charge of things and to get all the other summer stuff moving. It does seem as if things are about to happen in terms of our transfer business, and I tend to concur with the man from East Lower who suggested to me via a text message that the boss look ‘preternaturally calm’ out in Brazil this summer. An indication that he’s confident he’s got things in place.

Would you show off your swimwear so keenly if you didn’t have a Sanchez wrapped up ready to use as a shield from criticism from people saying you should be ‘getting the fack on with it!”? Maybe we’re reading too much into it, but was that the diving header of a man who seemed unsure about which players to buy? Definitely reading too much into it, I know, but I do feel optimistic (at this point) that we’re going to do what needs to be done this summer.

Despite the frustration of how the league campaign fizzled out, there’s a seven point gap to overcome, and that can only be done by adding real quality to the squad. We’ve got the money to do that, in all the positions we need to fill, so why wouldn’t we? Don’t answer that, I know. I know. But still, it’s there for us this summer to make a big statement and at this point I’m hopeful that’s what we’ll do.

On Sanchez, the latest in the Spanish press is as follows:

El Mundo – They note that Sanchez’s agent, Fernando Felicevich, has recently started to follow Arsenal, Olivier Giroud, Mikel Arteta and Mesut Ozil on Twitter. There is no news as yet if he’s SnapChatted a cock pic to Dick Law.

Sport – they refer to a song made for the Chilean by one of his countrymen which has the lyric – ‘Alexis Sanchez, the super player, fast as the wind and turns like the devil‘. I’m assuming he means he’s quite agile and can change direction quickly, and is not as moody as Satan (although if he can sing like him it’d make his initiation fun).

Marca – nothing I can see but they mention that the arrival of Kroos at Real Madrid could see them let Khedira go and apparently we’re interested.

AS – they say his future is ‘far from the Camp Nou’, and that he’s studying offers from England and Italy, with Juventus interested. Tellingly, they say ‘Alexis will have the final word’, which is remarkable insight. I never knew that players made decisions for themselves about where to play football.

Anyway, it seems there’s way too much Sanchez smoke for there not to be some Sanchez fire, so let’s hope that we’ve got what it takes to get this one over the line. I’d have been a bit more uncertain had we not done Ozil last summer. A deal which, whether you like to think so or not, was a step forward for us in many respects. Fee, profile, stature, and the fact that we managed to buy one of the best players in the world from one of the biggest clubs in the world.

That’s something other players look at and bringing in Sanchez would be another definite show of ambition, all of which helps when trying to convince players to come and play for you. Especially when you’re now shopping at a slightly higher level than before.

The Debuchy deal seems the closest to being done. I might try and get a more informed opinion on him as a player than the one I have from the little I saw of him in the World Cup and the occasional highlights last season. Newcastle fan reaction seems quite mixed from those who think he’s a fine player, to those delighted he’s gone due to defensive shortcomings and lack of discipline.

Indeed, my abiding memory of him is that red card he got against Liverpool for absolutely thundering through somebody, but it’s difficult to make any real judgement on a player when you only see him in highlights. Over on Arseblog News, @7amkickoff looks at why the boss seems to have gone for Debuchy over fan fave Aurier, although I have my doubts that we were ever really interested in the Ivory Coast man at all.

We’ve got some World Cup distraction tomorrow, and Wednesday, for now we play the waiting game.