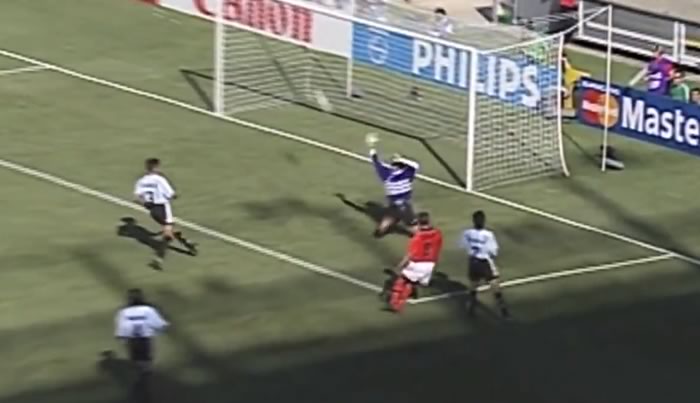 Good day to you.

There is still precisely nothing at all going on from an Arsenal point of view, which is more or less understandable given that the World Cup starts this week. I have to admit, while I find international football during the season a pain in the arse and disruptive, I’m quite looking forward to this tournament.

For a start, it’ll be nice to watch football as a complete neutral and not really care who wins each match. I think my default position of ‘support’ will be for the team with the most Arsenal players in it, but aside from that it’s not going to bother me one way or the other.

Then there’s the whole football on all evening thing which I’m sure is going to please the non-football loving people in households the world over, but there you go. I have good memories of staying up late watching Mexico ’86 and my first ever football memory comes from the 1978 tournament. I’ve mentioned before that the first Arsenal game I can recall is the 1979 FA Cup final, but I distinctly remember being gutted when Holland were beaten in the ’78 World Cup final.

I watched the game from under my Dad’s chair (don’t think it was punishment), and there were a load (well some, or perhaps one) of my cousins over from Dublin staying with us in England. The ticker tape and Mario Kempes are still quite vivid in my memory, and for years I had a recurring dream about being in a stadium where the stands were so sheer you had to buckle yourself in like on a roller coaster or you’d plummet to the ground.

I don’t really know why I wanted Holland to win so badly, possibly because Willy van de Kerkhof was the best name I’d ever heard at that point, but I’m sure it was because as a 7 year old I was instantly attracted to their style of play. Ever the purist, me.

I’m hopeful that at this tournament the football will be good but also the other stuff will be awesome too. Step up this year’s Benjamin Massing. Cameroon beating Argentina. Ireland beating Italy and Paul McGrath playing the best game any Irishman has ever played at any level. Battiston and Schumacher. Northern Ireland beating Spain in Spain with 10 men.

Things like that are just as brilliant and, fingers crossed/does sacrifice to pertinent gods, if we get some warm weather here a few late night beers and watching the football will make the lack of Arsenal news a bit more bearable.

As always we’ll have any news for you over on Arseblog News, and I think we’ll be doing an Arsecast Extra today as James is going off to Brazil this week (not as a player). So keep your eyes/ears peeled for that.